How are oil and gas firms tackling the issue of methane emissions?

Flaring, venting and pipeline leaks are among the biggest sources of methane in an oil and gas industry under pressure to reduce greenhouse emissions 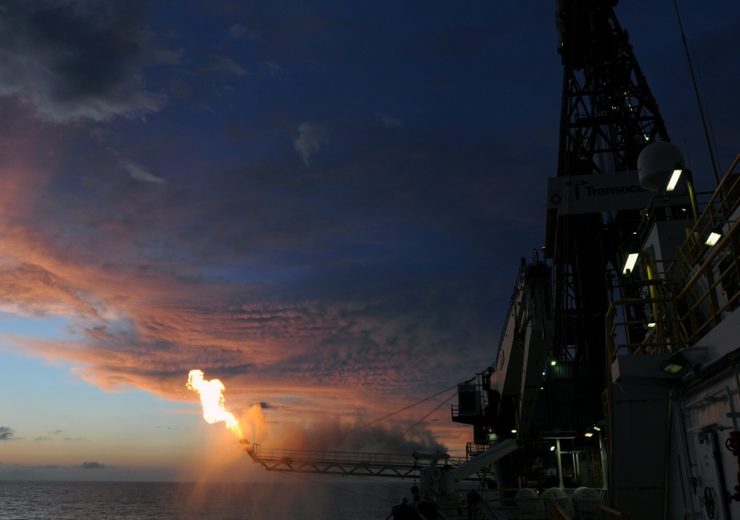 Methane emissions from the oil and gas industry have been a problem for decades, and can have a serious impact on the environment. World Expro writer Andrea Valentino hears from Mike Sommers, president and CEO of the American Petroleum Institute, and other industry experts about what companies are doing to tackle this issue.

Ask someone where methane emissions come from, and their mind likely wanders to the farmyard. This is understandable – cattle were responsible for around 27% of US methane emissions in 2017, a process known as enteric fermentation.

But if environmental warnings about beef buzz by our ears like so many horn flies, with some activists even suggesting a ban on steaks for the good of the planet, many laymen are oblivious to another source of methane in our atmosphere – the energy industry.

At more than 31% of the total, natural gas and petroleum systems are the single-biggest source of methane emissions in the US – easily beating coal mines or landfill sites. This is partly a function of the industry itself. In such a complex business, and with such a long supply chain, there are plenty of chances for methane to escape into the air.

The industry is clambering to action, investing in cleaner technology and working to find green solutions. But between sloppy legislation and obscure reporting, there is plenty more that can be done.

Energy companies struggle with emissions right from the start. As rigs shoot off excess natural gas from huge flares, or release it from vents, methane escapes into the air.

According to satellite data, energy companies flared 140 billion cubic metres (bcm) of gas globally in 2017 – the equivalent to the entire annual natural gas consumption of Africa. This, in turn, resulted in three million tonnes (mt) of methane floating into the atmosphere.

And remember, methane is 80 times more harmful to the environment than CO2.

The problems continue downstream, particularly when it comes to methane leaking from faulty pipes. The Environmental Protection Agency (EPA) predicts about for every cubic foot of natural gas drawn from the earth, around 2.3% goes free.

That might not sound like much until you consider that the US alone hosts more than 500,000 gas wells and two million pipes, some of which snake along for hundreds of miles. “Our shared challenges are great,” accepts Mike Sommers, president and CEO of the American Petroleum Institute (API). “We know that the threat of climate change is real, but the solutions also have to be based in reality.”

Figuring out this reality would be easier if the environmental impact of the industry could be charted accurately. But statistics are often stymied by muddled reporting. Some scientists use a so-called ‘bottom-up’ approach, which means focusing on a few facilities and extrapolating from there. Others start big, measuring the amount of methane in the atmosphere, and then working backwards to figure out the source.

These conflicting approaches can have real negative consequences. For example, the EPA has recently been shown to have underestimated methane emissions from oil and gas basins in the US south by a factor of five.

A few years ago, at least, the energy industry was expected to keep a close eye on its own environmental impact. But the Trump administration has dropped several laws regulating the energy industry, and increased the time companies have to fix methane leaks.

This cosy relationship has sometimes bordered on the absurd. In May, the Department of Energy decided to rebrand plain old natural gas – to ‘freedom gas’.

Efforts are being made to scale back methane gas emissions

With the White House on its arm, and net income at a five-year high of $28bn, it’s tempting to think that the energy industry can just kick back and relax. In fact, companies have begun a frenzy of environmental investment. ExxonMobil recently pledged to spend $100m over the next 10 years on emission-cutting technology, while Chevron recently announced plans to tie executive pay to methane reduction targets.

That might seem surprising, but Sommers says pleasing shareholders and saving the polar bears is not necessarily a zero-sum game. As he explains, it’s in the “best interest” of energy companies to block up leaks, especially as every slip ends up in the account book. “This is our product. This is how we make money,” he says.

There is plenty for companies to be getting on with. That begins with the simple things, like fixing dodgy pipes. According to the Plastic Pipes Institute, 95% of new pipelines are made from polyethylene, and ultimately leak far less methane than the steel alternatives.

Dumping outdated machinery helps too. For its part, BP is retiring ‘high-bleed’ pneumatic devices, so-called because they vent (or ‘bleed’) methane into the atmosphere more frequently than newer technology.

To date, BP has swapped out 99% of the high-bleed pneumatics across its onshore operation in the US. Vanessa Ryan, a senior adviser at Chevron, explains this is all part of a broader trend. Companies, she says, have “provided targeted funding to advance the development testing of new technologies that will further aid” the fight against methane emissions.

New technologies are playing their part

Probably the most interesting innovation is optical gas imaging. By using special cameras, engineers can scan for methane and detect leaks at a safe distance. The cameras are typically mounted on drones, letting them zip up and down pipelines with ease. Even better, all this can be done without shutting off supplies, saving gas companies money and customers from having cold dinners.

Though the technology is still in its infancy, the results are impressive. At one gas field in Wyoming, optical gas imaging has cut repair times from 705 hours to 106 and sliced emissions from 351 tonnes to just 31 tonnes.

More broadly, Sommers suggests, companies are willing to set aside “their competitive nature” and work together to go green. One of the biggest joint initiatives is the Environmental Partnership (EP). Founded in 2017, and boasting 66 members, the scheme encourages new companies to lean on their bigger cousins for help.

To explain what he means, Sommers describes the recent arrival of one company into the programme. “When they became involved with the partnership, they were still finalising their emissions detection and repair programme,” he says.

“Through the partnership, they were able to learn from other companies that already had successful programmes in place.” Similar links exist with academia – the EP works with scientists at Colorado State University to research new methane-detection technologies.

Tighter government regulation could be key to swifter action

Listen to Matthew Todd for long and you risk being flattened by statistics. The programme director at the EP is clearly passionate about his work, and will batter the eardrum of any journalist who gets too close.

All this leads Todd to conclude that his industry is doing splendidly. “Methane emissions from our natural gas operations have declined by 14% since 1990, even as natural gas production has increased more than 50% over the same period.” This is obviously welcome news, and it would be unfair to imply that the industry is idle in the face of the climate emergency – as all those new pipes and imaging cameras boldly attest.

Nevertheless, the atmosphere holds more than double the methane it did before the Industrial Revolution, and the energy industry still leaks 80mt of the gas annually. Given the continuing scale of leaks from Californian pipes alone – more than 100,000 tonnes of methane a year – none of this is very surprising.

In any case, what progress has come is hard to gauge, particularly given energy companies can be coy about their plans. It hardly helps that the EP seems lax about getting participating companies to report their behaviour, something Todd says keeps “resources focused on taking action”.

He might have a point – come down too hard and companies will simply run away. But tough legislation is maybe the only way we can actually fix the planet before it boils. As the International Energy Agency laconically puts it, there are “limits to what can be achieved” by voluntary action.

That is certainly true if you examine how quickly emissions can fall when lawmakers get involved. Since introducing strict environmental laws, for instance, Norway has cut methane emission intensity by 2.3% a year, an incredible figure by global standards.

A pity, then, that the US is closing its eyes to tougher rules. The election next November might bring in a new, environmentally-conscious administration, but the best activists can probably expect before 2020 is for companies to keep taking the lead towards lower emissions – and remind them that pipe leaks cost $2bn a year.