Ahead of its long-awaited IPO, Saudi Aramco commits to the World Bank's gas flaring 'Zero Routine Flaring by 2030' initiative in a bid to reassure investors 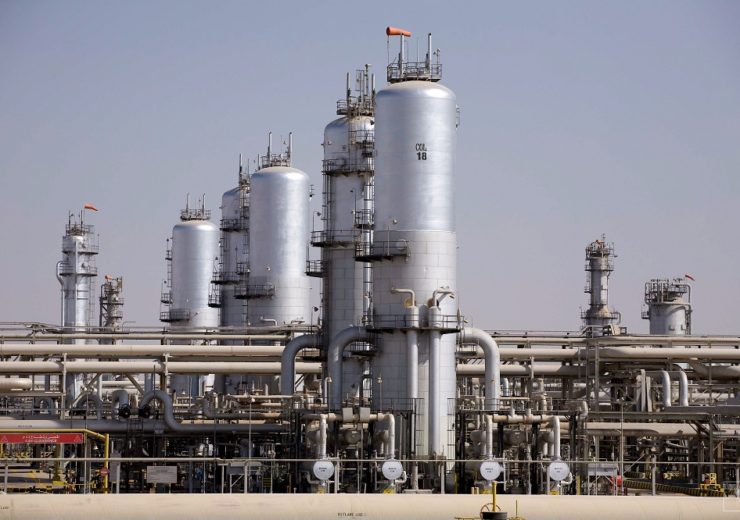 Saudi Aramco has committed to a World Bank initiative aimed at reducing natural gas flaring by oil companies during their production operations.

The Zero Routine Flaring by 2030 scheme was launched in 2015, as a way for industry and governments to cooperate on eliminating the wasteful burning of natural gas created as a by-product of oil extraction.

The Saudi oil giant – which this week green-lit plans for its long-awaited IPO – says its flaring activity already accounts for less than 1% of its total raw gas production, and that its upstream carbon intensity is among the lowest globally at 10.2kg of carbon dioxide per barrel of oil equivalent.

Saudi Aramco senior vice president of technical services Ahmad Al-Saadi said: “We are proud to join the Zero Routine Flaring by 2030 initiative, which we view as an important global effort to eliminate flaring.

“We have been taking active steps to reduce flaring in our operations for the past 40 years and have invested in a range of flaring reduction technologies and programs to achieve our excellent performance.”

Saudi Aramco’s IPO has been the subject of much discussion throughout the year, with weak oil prices and a drone attack on two of its key facilities disrupting its progression – as well as growing public opposition to the fossil fuel industry dampening investor confidence.

Despite reports that the company has been the world’s biggest emitter of CO2 into the atmosphere for the past 50 years, it is making a concerted effort to reassure potential investors that the issue of issue of climate change is being taken seriously.

“This is all part of our broader effort to enable the circular carbon economy and deliver clean, reliable and affordable energy to the world while minimising greenhouse gas emissions.”

The World Bank scheme to eradicate routine gas flaring across oil production operations was launched in 2015, in an effort to reduce the amount of carbon released into the atmosphere.

Natural gas flaring has been a routine practice across oilfields worldwide, with low gas prices, underdeveloped gas transportation infrastructure and commodity taxation prompting many oil producers to simply discharge the gas they extract as a by-product of crude oil extraction.

This is done by either burning off the unwanted gas, or simply releasing it directly into the air in a process known as venting.

While natural gas is a useful and sellable commodity in itself, oil hunters have frequently decided that it is more cost-effective to waste it rather than to collect and use it for industrial or commercial purposes.

According to the World Bank, global gas flaring increased by 3% in 2018 to 145 billion cubic metres – a figure equivalent to the total annual gas consumption of Central and South America, and responsible for 350 million tonnes of CO2 emissions.

Between 2014 and 2018, Russia, Iraq, Iran, the US and Algeria were found to be the top five regions accountable for gas flaring.

In 2018, the US was shown to have increased its flaring activity by 48% year-on-year, which is far more than any other region.

These increases were concentrated predominately across the country’s “big three” oil producing regions — the Bakken in North Dakota, and the Permian and Eagle Ford basins in Texas.

Recent data compiled by Rystad Energy reveals that flaring and venting across the Permian oilfields reached an “all-time high” in the third quarter of 2019 – averaging more than 750 million cubic feet per day.

The increase was attributed to higher activity levels in the region, more production from areas with less developed gas gathering infrastructure, and basin-wide takeaway capacity bottlenecks.

Rystad head of shale research Artem Abramov said: “Oil production in the Permian Basin is growing at an accelerated pace again, and we observe high, sustained levels of flaring and venting of associated gas in the basin.

“The most recent increase in flaring is predominantly driven by the Delaware Texas portion of the basin, which accounted for more than 40% of basin-wide flaring and venting as of the third quarter of 2019.

“The sub-basin has basically returned to the record level of flaring seen in the fourth quarter of 2018.”

BP and ExxonMobil identified as main contributors to US gas flaring

Earlier this year, a probe by the Greenpeace investigative unit Unearthed revealed the scale of natural gas flaring across the Bakken, Permian and Eagle Ford regions – which collectively accounted for 57% of US oil production in 2018.

In the 12 months to March 2019, companies operating across these areas released 369 billion cubic feet – roughly equivalent to the annual emissions of 10 coal-fired power stations – of natural gas into the atmosphere, either through flaring or venting.

ExxonMobil and BP were found to have been the biggest practitioners of gas flaring activity – particularly in the Permian basin – despite both having made carbon reduction commitments, and BP being a signatory to the World Bank’s Zero Routine Flaring by 2030 programme.