Despite a UK government moratorium placed on shale gas fracking, the firm at the centre of the controversy says it will work with regulators to get the ban lifted 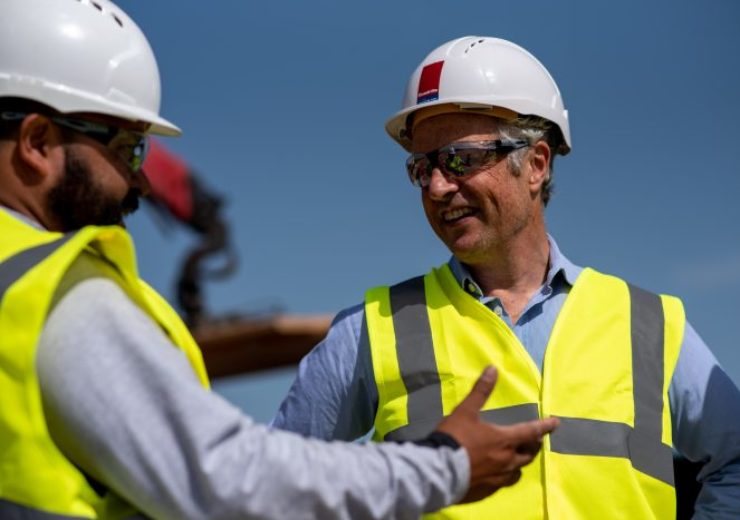 Energy firm Cuadrilla says it will work to address regulator concerns about its operations, after the UK government announced a temporary ban on all domestic fracking activity.

Cuadrilla has faced significant opposition to its exploration and extraction of shale gas in the country, with its Preston New Road site in Lancashire the target of public protest and a regulatory probe into seismic events in the local area.

On Saturday (2 November), the UK government announced a moratorium on all fracking activity in the UK, following an Oil and Gas Authority (OGA) investigation into the tremors, saying it would “end support” for the industry.

Cuadrilla has now responded that it is hopeful “constructive” work with the OGA will allow it to “address concerns” over earthquake activity, so that “the moratorium can be lifted and the highly prospective Bowland gas resource further appraised and developed”.

Critics have been swift to slam the government intervention as an election stunt, saying a temporary ban simply leaves the door open for a future resumption of the controversial activity.

Prime Minister Boris Johnson has previously expressed support for the fracking industry, referring to the discovery of shale gas in the UK as “glorious news for humanity”, and during his time as London mayor calling on energy companies to “leave no stone unturned, or unfracked”.

“To protect our communities and environment Labour would permanently ban fracking.”

The Tories have announced they’ll 𝘁𝗲𝗺𝗽𝗼𝗿𝗮𝗿𝗶𝗹𝘆 𝗽𝗮𝘂𝘀𝗲 fracking in a cynical bid to win a few votes.

To protect our communities and environment Labour would 𝗽𝗲𝗿𝗺𝗮𝗻𝗲𝗻𝘁𝗹𝘆 𝗯𝗮𝗻 fracking.

Fracking operations have been suspended at Cuadrilla’s Preston New Road site since the September tremors – the most powerful of which registered 2.9 on the Richter scale – while the OGA conducted its investigation.

The review concluded that current technology is not able to accurately predict the probability of tremors associated with fracking, leading the government to introduce the moratorium.

Business and Energy Secretary Andrea Leadsom said: “While acknowledging the huge potential of UK shale gas to provide a bridge to a zero carbon future, I’ve also always been clear that shale gas exploration must be carried out safely.

“After reviewing the OGA’s report into recent seismic activity at Preston New Road, it is clear that we cannot rule out future unacceptable impacts on the local community.

“For this reason, I have concluded that we should put a moratorium on fracking in England with immediate effect.”

Industry hopeful of reinstating shale gas fracking in the UK

Cuadrilla’s Preston New Road facility was the UK’s only operational fracking project before the moratorium, and the company says the reserves discovered there have the potential to form part of the UK’s energy mix for years to come as natural gas remains a viable energy source.

Last week, the firm announced tests had shown shale gas extracted from the Bowland deposit in Lancashire, England – estimated to contain 1,300tr cubic feet of natural gas – to be of the “highest quality”.

Ken Cronin, chief executive of trade organisation UK Onshore Oil and Gas, said: “Going forward, we are fully committed to working closely with the OGA and other relevant regulators to demonstrate that we can operate safely and environmentally responsibly.

“Given the size of the prize at stake — the significantly lower carbon footprint of domestic gas compared to imports, and the significant investment industry and government has already made — we believe this is the right approach.

“Since shale gas exploration commenced in England, we have confirmed a world-class resource.

“Flow testing and core sampling across Lancashire and North Nottinghamshire show that our high-quality indigenous gas can reach the surface, leaving the UK with no excuse to continue importing overseas gas that generates double the emissions and provides British workers, businesses and communities with no economic benefit.”

Fracking in the UK always faced an ‘uphill battle’

While shale gas exploration has enjoyed greater success in the US, it has struggled to take off in the UK over the past decade, faced with vehement opposition from divided local communities and environmental activists.

The government’s own internal auditing watchdog last month revealed that fracking in the country had progressed much “slower than planned”, despite an estimated £32m ($41m) of public money having been spent on its development since 2011.

The National Audit Office review also painted a picture of policymakers lacking in ideas and understanding of how to approach the industry’s development.

Oil and gas analyst at business intelligence firm GlobalData Will Scargill said: “The fracking moratorium makes little material difference to the outlook for the UK energy sector as development of shale resources was always going to be an uphill battle.

“Although the industry had achieved gas flows from exploration wells, commerciality was yet to be proven, with development a long way off.

“The industry’s success in the US has relied on the repeatability of drilling across large resource plays, with tens of thousands of wells drilled every year.

“Given more limited land availability and infrastructure constraints in the UK, it appeared unrealistic that the UK could support the hundreds of wells per year, which would likely be required to supply even a few per cent of UK gas demand.”

Head of politics at Greenpeace UK Rebecca Newsom added: “It’s been clear for some time that the government’s big bet on fracking is bust.

“Opening up a new fossil fuel industry in this climate emergency was always an awful idea, and it’s only seemed worse as the industry has lurched from mishap to disaster.

“Grassroots activists across the country deserve huge credit. If the government reads the science and listens to the strong public opposition then fracking has no future.

“This lesson now needs to be applied to unlock onshore wind and solar, and significantly ramp up offshore wind. The focus must now be on delivering the net-zero carbon target.”