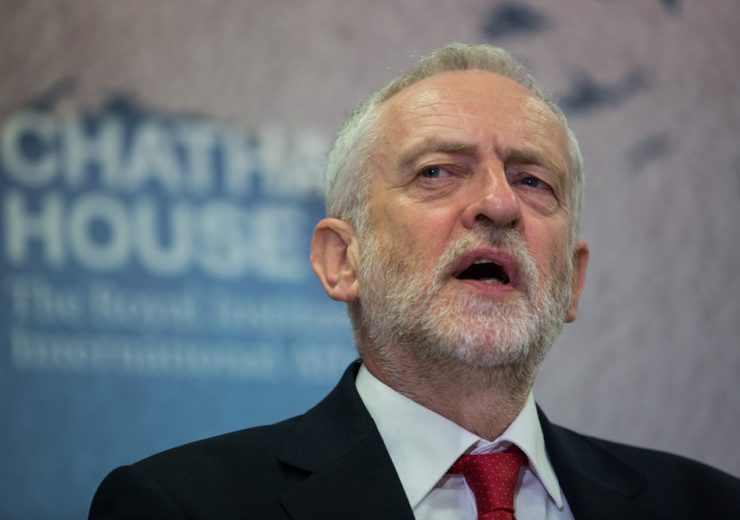 The UK’s leader of the opposition Jeremy Corbyn has urged its new Prime Minister Boris Johnson to ban fracking amid fears it will prevent the country reaching its recently-legislated net zero carbon emissions target for 2050.

New research conducted by Mr Corbyn’s Labour party, released ahead of his visit to Cuadrilla’s Preston New Road site in Lancashire with 100 anti-fracking protesters, reportedly suggests the practice will keep Britain carbon positive beyond this century.

The 70-year-old called on Prime Minister Johnson to stand up to businesses that want to profit from the mass extraction of shale gas underneath the ground rather than “bending the knee” to them.

“We need urgent action to tackle the climate emergency, and that means the prime minister immediately banning fracking once and for all,” he said.

“It’s the next generation and the world’s poorest who will pay the price if this Conservative government continues to put the interests of a few polluters ahead of people.

“Tackling the climate emergency cannot be left to the free market.

“Labour will ban fracking and our green industrial revolution will face the climate emergency head-on and leave no community behind, transforming our country’s energy supply and creating 400,000 good, well-paid jobs across the country.”

Jeremy Corbyn to face much opposition to stance on fracking

Fracking involves pumping water, chemicals and usually sand underground at high pressure to fracture shale rock, releasing the gas trapped within back to the surface.

Many UK government officials have been vocal in their support of the practice, including Energy minister Claire Perry, who is currently on a leave of absence from her post at the Department for Business, Energy and Industrial Strategy (BEIS).

She believes exploiting shale gas could “further enhance our energy security” while “helping us with our continued transition to a lower-carbon economy”.

“Exploring the potential of a new domestic energy source is not only compatible with these world-leading climate goals, it could also deliver substantial economic benefits, through the creation of well paid, high-quality jobs.”

Other independent experts have labeled natural gas “key” to the global energy transition away from fossil fuels and towards renewable energy.

Harminder Singh, power director at data insight firm GlobalData, said: “With countries across the world decommissioning or planning to decommission coal-fired power plants, the role of natural gas in the power mix is increasing significantly.

“Until the time that grid-scale energy storage becomes commercially viable, it will play the key role in providing baseload power and grid balancing.