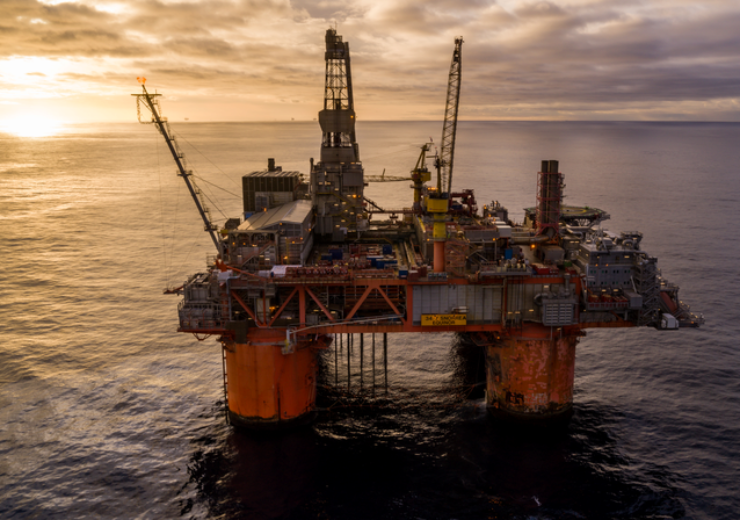 Offshore platform at Equinor's Snorre A oilfield in the Norwegian Sea (Credit: Equinor)

Norway’s state-backed oil and gas giant Equinor has unveiled a long-term strategy to cut greenhouse gas emissions from its domestic operations to “near-zero” by 2050.

The plan includes a phased reduction of the carbon imprint of its offshore and onshore plants that includes cutting current levels by 40% by 2030 and 70% by 2040.

The firm says it will invest 50 billion Norwegian kroner ($5.7bn) along with its partners into emission-cutting measures by 2030, which will involve several large-scale electrification projects at key production sites, such as the Troll and Oseberg offshore fields and the Hammerfest liquefied natural gas (LNG) plant.

Equinor CEO Eldar Sætre said the ambitions have been designed to support the goals of the Paris Agreement, while ensuring continued value creation from the natural resources on which the Norwegian economy is heavily dependent.

He added: “While realising these ambitions, we expect our operated fields and plants to create significant value for the Norwegian state towards 2030.

“The new climate ambitions will strengthen future competitiveness and value creation for Equinor, while supporting industrial developments in Norway.”

In 2018, annual carbon dioxide emissions from Equinor-operated facilities in Norway stood at around 13 million tonnes – roughly the same level as recorded in 2005.

The plan to cut these figures by 40% by 2030 would mean more than five million tonnes in annual CO2 reductions across Equinor’s operations – representing about 10% of Norway’s current emissions.

Oil and gas production is reported to account for around a quarter of Norway’s greenhouse gas output, placing significant pressure on extractive firms operating in the country to clean up their operations.

But with oil and natural gas a vital component of the country’s economic stability – accounting for around half of its export revenue – there is a competing demand for Equinor to support the “long-term competitiveness of the industry”.

The firm says that while it expects Norwegian oil and gas production to be less than half of current levels by 2050, it hopes to “ensure the Norwegian continental shelf and onshore plants can play an important role and create value in a world with net-zero emissions”.

Equinor says its strategy covers both Scope 1 and Scope 2 emissions of CO2 and methane, as defined by the Greenhouse Gas Protocol.

Effectively this means its reduction targets will include gases emitted directly from production operations as well as indirectly from subsequent electricity generation.

Significantly, the plan does not encompass Scope 3 emissions, which are created indirectly further along the value chain from the use of the products.

This enables Equinor to continue exporting oil and gas from its Norwegian fields without factoring in the environmental impact of these fuels as they are consumed abroad into its emissions pledges.

Sætre added: “Equinor supports the Paris agreement and a net-zero target for society and we have already brought CO2 emissions in the production process down to industry-leading levels.

“We are now launching an unprecedented set of ambitions for forceful industrial action and substantial absolute emission reductions in Norway, aiming towards near-zero in 2050.

“This is in line with society’s climate targets and our strategy to create high value with low emissions.”