According to analysts at GlobalData, natural gas production at the Haynesville Shale formation will grow to support new demand for the transitional fuel 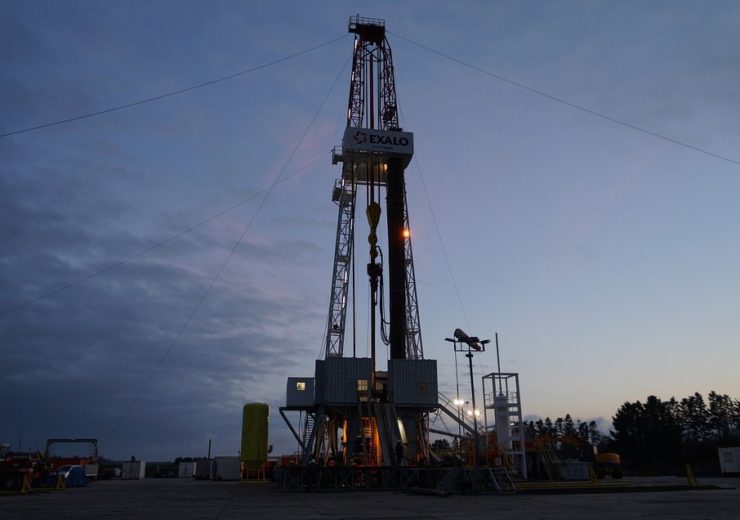 Drilling activity at the Haynesville Shale formation has been increasing

Haynesville Shale is expected to become the main resource contributor to liquid natural gas (LNG) operations along the US Gulf Coast as demand for exports grows, according to analysts.

A recent resurgence of drilling activity in the Haynesville formation — a natural gas deposit straddling large parts of Louisiana, Texas and Arkansas — is expected to continue as the region seeks to capitalise on its natural advantages of resources and location.

GlobalData oil and gas analyst Andrew Folse said: “The demand of natural gas feedstock for conversion into LNG is focused on the US Gulf Coast.

“This demand is expected to steadily increase over the next five years as there is approximately $18bn to be invested in planned LNG facilities in Texas and Louisiana.

“An additional $7.9bn is related to announced facilities, which could further increase natural gas demand.

LNG has grown in stature in recent years as a transitional fuel between heavy carbon-emitting fossil fuels and intermittent renewables such as wind and solar for power generation.

Haynesville Shale is an informal name for the 9,000 square-mile Jurassic rock formation that lies beneath Arkansas, Louisiana and Texas, named after the eponymous north-west Louisiana town where it was first discovered and around which extractive activity has developed during the past decade.

It is a highly productive region for shale gas extraction, generating 11 billion cubic feet per day (bcfd) in August.

Between Haynesville and the Appalachia Basin on the eastern seaboard, more than 50% of the US’ entire natural gas production was accounted for in the same month – around 43bcfd between them.

The region has an advantageous strategic location close to some of the world’s largest petrochemical complexes and LNG export facilities – allowing quick turnaround times from extraction to sale.

Folse added: “In 2018, the most active-producing areas in the Haynesville shale were De Soto, Caddo, Red River and Bossier parishes in Louisiana, as well as San Augustine County in Texas.

US to lead the way in LNG liquefaction capacity development

The development of hydraulic fracturing and horizontal drilling in the US has resulted in historically low gas prices in the country, in turn driving a significant adoption of LNG resources as an alternative to coal in electricity generation.

Natural gas is the cleanest-burning hydrocarbon, producing roughly half as much carbon dioxide as coal, and creating only 10% of its pollution when used to generate electricity.

The nation has also become a big LNG exporter of the fuel, with South Korea, Mexico and Japan the top destinations for the 156.7 billion cubic feet (bcf) of LNG sold abroad in July 2019.

It is expected the US will contribute to almost three quarters of global new-build liquefaction capacity – facilities designed to transform natural gas into a liquid state for transportation and storage – growth by 2023, far outpacing that of any other region, as it seeks to capitalise on natural gas resources like Haynesville.