After years of regulatory hurdles, the Keystone XL pipeline linking Alberta oil sands in Canada to US Gulf Coast refineries is set to begin construction 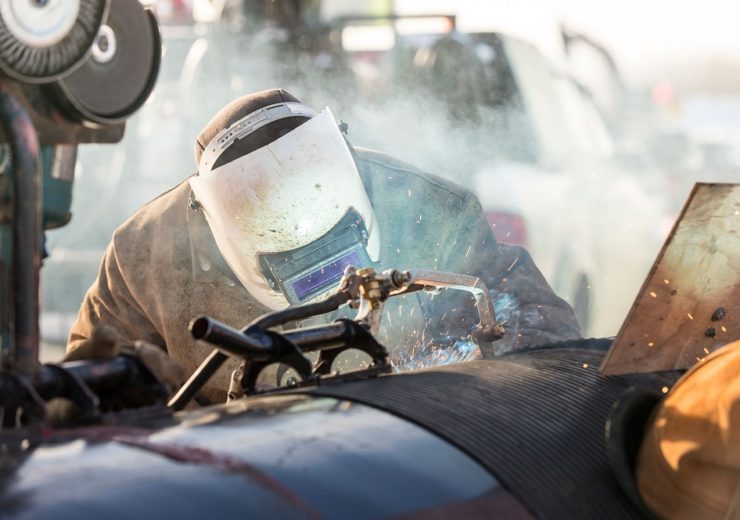 The government of Alberta, Canada will inject $5.3bn in financing to accelerate the Keystone XL Pipeline (Credit: TC Energy)

Construction of the controversial Keystone XL pipeline has been given a long-awaited go-ahead, following a surprise financial intervention by the government of Alberta, Canada.

The project – which will carry up to 830,000 barrels of oil per day (bpd) from Canada to Nebraska, US – will receive $1.1bn in equity investment from the Albertan state to “substantially cover” the planned construction costs for 2020, followed by a $4.2bn loan guarantee starting next year.

TC Energy, the Calgary-based owner of the project, will provide the remaining $2.7bn capital investment to finalise its development, with completion of the near-2,000-kilometre pipeline expected by 2023.

Plans to develop Keystone XL were first floated in 2010, but a decade of legal challenges and opposition from environmental groups, politicians and landowners has slowed progress, casting its future into doubt.

But the Trump administration has taken steps to help the pipeline clear regulatory hurdles in recent years, rolling back an Obama-era rejection of planning permits, and citing it as a critical asset for reducing US dependence on foreign crude oil.

Critics of the project have been quick to denounce Alberta’s decision to direct public funds into the pipeline at a time when communities are struggling to finance relief efforts to tackle the coronavirus health emergency.

Government backing will allow construction of the pipeline to begin immediately, creating more than 15,000 jobs across Canada – although the wisdom of mobilising such a workforce at a time of global pandemic has been questioned by critics.

Premier of Alberta Jason Kenney said: “We cannot wait for the end of the pandemic and the global recession to act. There are steps we must make now to build our future focused on jobs, the economy and pipelines.

“We are moving forward with a project that is essential to our future prosperity. This investment in Keystone XL is a bold move to re-take control of our province’s economic destiny and put it firmly back in the hands of the owners of our natural resources, the people of Alberta.”

Canada’s vast oil sands industry – which boasts the third-largest reserves in the world after Saudi Arabia and Venezuela – has long lamented a lack of sufficient export infrastructure for the crude it produces.

The Keystone XL pipeline is designed to address this by enabling more than 800,000 bpd to be transported from the region to refineries on the US Gulf Coast.

At a time when global dependence on Opec crude oil production is being thrown into stark relief, the acceleration of the will be seen as a boost to the independence of North America’s fuel supply capacity.

The timing of the decision to push ahead with the pipeline may be questioned, however, given the dire state of global oil markets, the rampant spread of coronavirus and the growing effort to decarbonise world economies by transitioning away from fossil fuels to cleaner energy.

The launch of a massive, and expensive, construction effort at a time when communities around the world are implementing lockdowns and social distancing measures to limit the spread of Covid-19 is something critics have been swift to denounce.

Hannah McKinnon, energy transitions and futures director at advocacy group Oil Change International, said: “With trillions of dollars at play globally in relief and recovery, we have an unprecedented chance to invest in the future, not the past.

“Unfortunately, the Alberta government is still refusing to see the writing on the wall, a failure that comes at a huge cost to Albertans in this crisis moment.”

On the issue of pipeline worker safety amid the evolving pandemic, TC Energy’s Girling said: “During construction, we will continue to take guidance from all levels of government and health authorities to determine the most proactive and responsible actions in order to ensure the safety of our crews and community members during the current Covid-19 situation.”

Keystone XL has faced a series of legal challenges in its protracted battle to secure regulatory approval, and, according to Jane Fleming Kleeb, founder of Bold Nebraska, an organisation involved in the effort to halt the pipeline, the judicial hurdles have not yet been overcome.

She said: “Legally, TC Energy is facing eminent domain lawsuits from landowners, and county boards have not granted permits in Nebraska, while nationally there are several lawsuits in federal court challenging the project’s permits and seeking a preliminary injunction on construction.

“So while it may have a green light to build in Alberta, it does not have all the permits and regulatory approvals necessary to move forward in America.”