The Trans Mountain Pipeline can transport 300,000 barrels of oil across Canada daily, and a troubled project to almost triple its capacity has now been given judicial approval 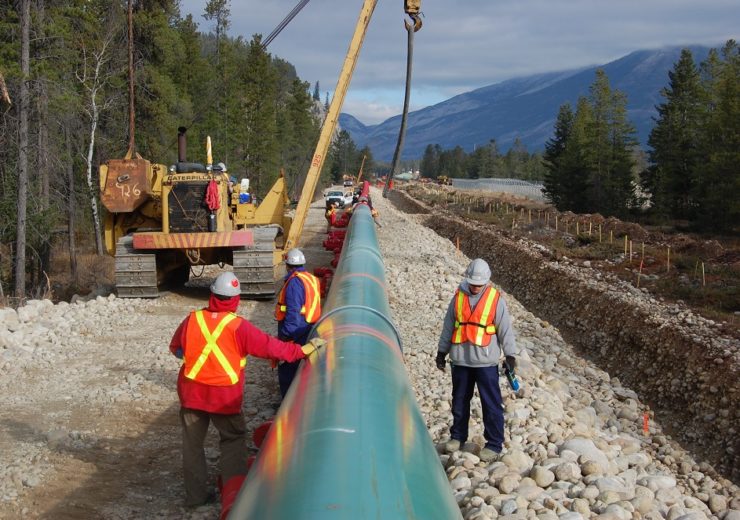 In February 2020, an appeals court in Canada ruled in favour of a plan to upgrade the country’s Trans Mountain Pipeline — greenlighting an expansion project for the oil transport network that would almost triple its existing capacity.

The ageing pipeline stretches from Edmonton in landlocked Alberta across challenging terrain to Burnaby on the Pacific west coast of British Colombia, and is capable of carrying crude, refined and semi-refined oil to the port city ready for shipping.

Efforts to upgrade the infrastructure in recent years have been hindered by several setbacks — including legal challenges from environmental and indigenous groups in the country, which culminated in a 2018 court ruling to suspend the so-called Trans Mountain Expansion Project.

But a review of this decision — made on the grounds that inadequate consultations had originally been carried out — has now succeeded in convincing the federal court to reinstate its approval after project conditions were amended.

Here we take a closer look at the Trans Mountain Pipeline in Canada — and the troubled venture to significantly increase its oil carrying capacity.

What is the Trans Mountain Pipeline in Canada?

From its starting point in Alberta, the Trans Mountain Pipeline spans around 1,150 kilometres (km) across mountainous terrain, wetlands, waterways and parkland to its final destination at the shipping terminals of Burnaby on the Canadian west coast.

At present it is capable of transporting 300,000 barrels of oil per day (bpd) along the route, flowing at a speed of roughly eight kilometres per hour.

Significantly, the pipeline is capable of transporting multiple variations of liquid product in a process known as batching — meaning it is one of only a handful of networks worldwide that can move crude, refined and semi-refined oil through the same equipment for different customers.

The Abbotsford terminal links to the Trans Mountain Puget Sound Pipeline via the Sumas delivery point — with this 111km offshoot pipeline used to transport crude products to refineries in Anacortes, Cherry Point and Ferndale in the US state of Washington.

History of the Trans Mountain Pipeline

Development of the Trans Mountain Pipeline was set in motion in 1951 through parliamentary charter, and has been in operation since 1953.

It was conceived as an essential piece of infrastructure to service the abundant oil fields of Alberta, where significant discoveries had been made in the preceding years — notably in the region of Leduc.

Engineering and construction began in February 1952 and took just over 30 months to complete.

The pipeline was originally designed to transport crude oil from the reservoirs of Alberta to the coast for shipping — but has since evolved to incorporate its batching capability.

In 1994, a company called BC Gas — later known as Terasen Pipelines — took ownership of the project through the acquisition of the Trans Mountain Pipeline Company.

Terasen was later acquired by Texas-based energy giant Kinder Morgan in 2005, giving it control of the pipeline through the newly-created subsidiary Kinder Morgan Canada (KMC).

KMC announced its intention to upgrade and raise the capacity of the pipeline to 890,000 bpd in 2012, launching feasibility studies and canvassing stakeholder opinion for the Trans Mountain Expansion Project.

Around 980 km of additional pipeline was eventually planned by the engineers, much of which was designed to follow the same route as the existing infrastructure.

Strong opposition and legal challenges to the upgrade proposal — largely from First Nations indigenous groups and environmental activists — have impeded the process, ultimately leading Kinder Morgan to a decision to offload the pipeline.

In a surprise move, the Canadian government — under the administration of Prime Minister Justin Trudeau — stepped in to purchase the asset from Kinder Morgan in 2018, in a deal worth 4.5 billion Canadian dollars ($3.4bn).

It has since battled to overcome the various regulatory hurdles and legal challenges that have stymied progress, with ministers championing the economic virtues of its development and the potential boost to the domestic energy industry.

Public opposition to the plan to increase the capacity of the Trans Mountain Pipeline from 300,000 bpd to 890,000 bpd has mostly focused on environmental issues.

These include potential damage to natural habitats and ecosystems as a result of oil spills and pollution, as well as broader concerns about the wisdom of vastly increasing fossil fuel infrastructure at a time when climate change is forcing the issue of global efforts to reduce carbon emissions.

Opponents in British Colombia have also identified threats to marine wildlife — specifically orcas, or killer whales — in the coastal region where the shipping infrastructure is planned to be significantly increased by adding two new berths at the Westridge Marine Terminal that would increase the number tankers it can handle per month from five to 34.

The future of the Trans Mountain Pipeline

In 2018, a Canadian federal court ruled to dismiss earlier approval for the expansion project on the grounds that regulators had failed to adequately consult First Nations indigenous groups living along its route — as well as to fully account for the impact on endangered killer whales off the Pacific coast.

The ruling was made on the same day the Canadian government took full ownership of the project, in the CAD$4.5bn ($3.4bn) purchase from Kinder Morgan — dealing a blow to the Trudeau government.

But the February 2020 judicial intervention has now opened the door for the expansion to continue — with officials satisfied that “reasonable and meaningful” consultations had since been made and project conditions adequately amended.

He added: “After many years of consultation and review we are pleased to be able to continue moving forward and building the project in respect of communities, and for the benefit of Canadians.”

Canada’s natural resources minister Seamus O’Regan said: “The government approved the Trans Mountain Expansion Project because it is in the public interest.

“This project will unlock new global markets to boost the price of a valuable Canadian resource, help advance reconciliation with Indigenous peoples, including through economic opportunities, and generate revenue to help fund clean energy and climate solutions.”

Campaigners have expressed disappointment in the ruling, and pledged to continue their opposition to the project.

They have 60 days from 4 February in which to appeal the decision in the Canadian Supreme Court.