The 1,900km long Keystone XL Pipeline, which will carry 800,000 barrels per day of heavy crude from Canadian oil sands, will be built between the US and Canada 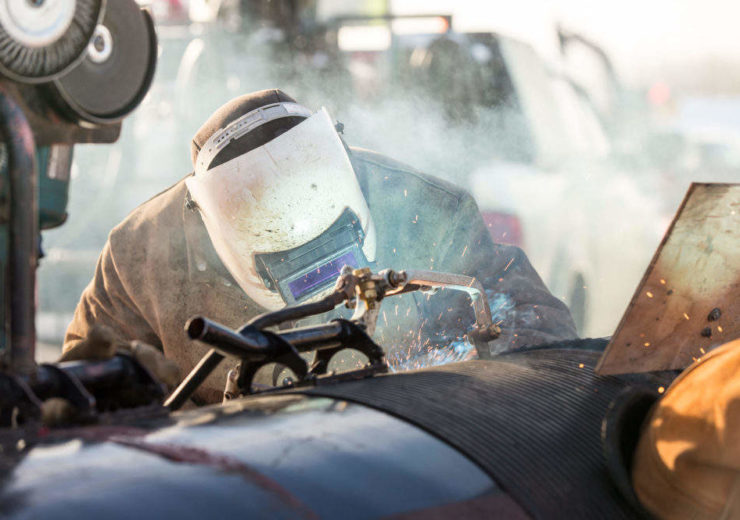 Image: The Keystone XL Pipeline to be built by TC Energy will carry 800,000 barrels per day of heavy crude from Canadian oil sands into the US. Photo: courtesy of TC Energy Corporation.

The Keystone XL Pipeline is a proposed 1,900km long tar sands pipeline project to be built with an investment of $8bn (£6.52bn).

The 36-inch diameter crude oil pipeline is to be laid between Hardisty in Alberta province, Canada and south of Steele City in Nebraska, US.

Through the new pipeline, Keystone XL Pipeline aims to import more than 800,000 barrels per day of heavy crude from Canadian oil sands into the US.

TC Energy president and CEO Russ Girling said: “The Supreme Court decision is another important step as we advance towards building this vital energy infrastructure project.

“We thank the thousands of government leaders, landowners, labor unions and other community partners for their continued support through this extensive review process.  It has been their unwavering support that has advanced this project to where it is today.”

In June 2019, the Keystone XL Pipeline secured a favourable decision in the Ninth Circuit Court of Appeals which quashed the legal challenge put up by multiple environmental groups, including Sierra Club.

Prior to that, in March 2019, US President Donald Trump issued a fresh Presidential Permit to enable TC Energy to construct, connect, operate, and maintain facilities associated with the oil pipeline project at the US-Canada international border at Phillips County in Montana.

Sierra Club claimed that irrespective of the ruling from the Nebraska Supreme Court, the Keystone XL Pipeline project continues to be stalled owing to federal legal challenges that made the company to miss the 2019 construction season.

Nebraska Sierra Club attorney Ken Winston said: “It’s disappointing that the court ignored key concerns about property rights and irreparable damage to natural resources, including threats to the endangered whooping crane, but today’s ruling does nothing to change the fact that Keystone XL faces overwhelming public opposition and ongoing legal challenges and simply never will be built.”