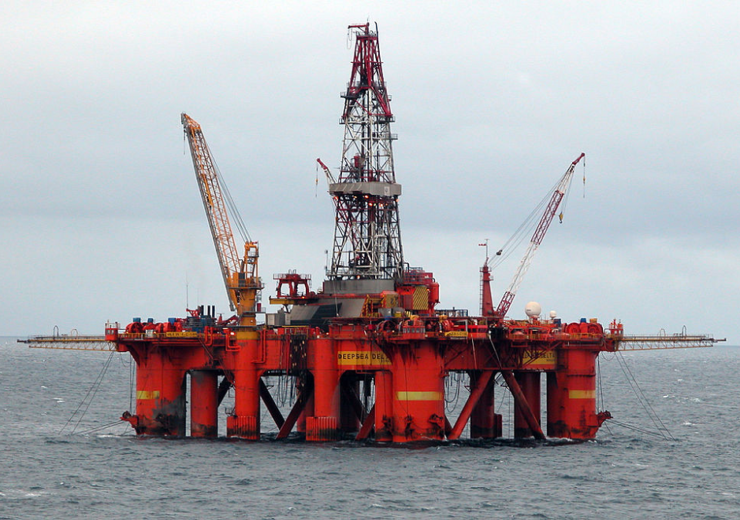 The UK's latest targets would remove more than nine million tonnes of CO2 equivalent greenhouse gas emissions from its operations over the next decade (Credit: Wikimedia Commons/Erik Christensen)

Policymakers in Scotland have revealed a £62m Energy Transition Fund designed to help the region make low-carbon investment a major part of its post-coronavirus recovery.

The funding, to be released over the next five years, will focus on the north-east of the country, particularly Aberdeen, where North Sea oil and gas is a key industry, but one that has come under significant pressure amid the oil price crash that has unfolded in recent months.

Several net-zero projects are being considered for acceleration, including a hub for underwater technology in Aberdeen, an energy transition business park and the creation of a hydrogen-fuel manufacturing zone.

Scotland’s economic secretary Fiona Hyslop said: “Aberdeen is recognised globally as a centre of excellence in oil and gas, and this funding will help ensure that the knowledge, skills and expertise it has to offer will play a vital role in the energy transition.

“It is vital we move quickly to seize the opportunity to take forward a green, low-carbon recovery and support the workforce as the energy sector diversifies.

“Now is an opportune time to re-imagine the Scotland around us and to begin building a greener, fairer and more equal society and economy focused on wellbeing.”

While the UK has set a legally-binding target of reaching net-zero by 2050, Scotland has advanced its legislative timetable to 2045 – with an interim target to reduce emissions by 75% by 2030.

The North Sea oil and gas industry, based largely around the city of Aberdeen, is a crucial part of both Scottish and UK economies, but intensifying environmental scrutiny, the gradual exhaustion of offshore reserves, and now the coronavirus-triggered oil market crisis have placed it under growing pressure to change.

Trade body UK Oil & Gas (OGUK) warned recently of up to 30,000 jobs being at risk in the UK industry as a result of the crisis, many of which would be based around Scotland’s offshore industry.

“This significant funding recognises the essential role of Scotland’s offshore oil and gas industry in realising a net-zero Scotland by 2045.”

Hyslop added: “This is an extremely difficult time for our business community and we recognise the need to do all we can to help the recovery of key sectors of the economy and Scotland’s regions.

“This package of investment for the north-east will support our energy sector as it recovers from the impact of Covid-19 and will help us make significant progress as we move towards net zero.”

One of the more notable ambitions of the Energy Transition Fund is to transform this region into a model of developing and using hydrogen – with the Acorn project to create the clean-burning fuel using the region’s abundant natural gas, while using carbon capture and storage technologies to remove emissions and store them under the North Sea floor.

Earlier this year, Acorn was awarded £2.7m ($3.5m) by the UK government to advance development of its technology – one of several hydrogen-focused ventures to receive financial backing.