BloombergNEF estimates a 10% drop in energy-sector emissions in 2020, while wind and solar will supply 56% of global electricity generation by 2050 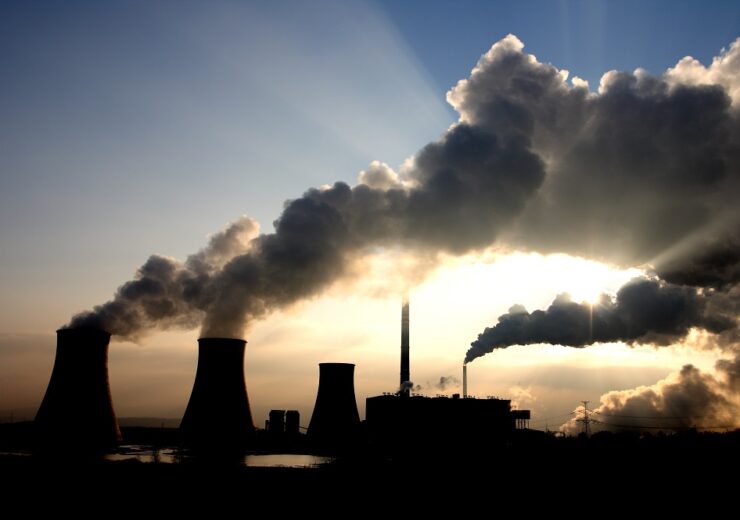 Carbon emissions from the energy sector peaked in 2019, and will fall into year-on-year decline after 2027, according to a new analysis.

Projections from BloombergNEF (BNEF) suggest the worldwide drop in energy demand caused by coronavirus will lower sector-wide emissions by 10% this year, and eliminate 2.5 years’ worth of aggregate emissions between now and 2050.

Earlier this year, the International Energy Agency (IEA) revealed that global carbon emissions plateaued in 2019 after two successive years of growth, at around 33 gigatonnes.

While economic recovery from the pandemic will see energy-related emissions rise between now and 2027, they will not return to the level reached in 2019. And from 2027 onwards, there will be an annual decline of 0.7% through to mid-century.

However, this will not come even close to keeping within 1.5 degrees Celsius limit on global warming targeted by the Paris Agreement on climate change. BNEF’s research estimates the rate of reduction in energy-sector carbon emissions needed to reach that goal is 10% every year between now and 2050.

Increasingly-competitive wind and solar power will drive the ongoing decarbonisation of energy use, as will an accelerating adoption of electric vehicles and advances in energy efficiency across all industries.

An estimated $15tn will be invested into new power capacity during the next three decades, 80% of which will be directed into wind, solar and batteries. Just under half of all new capital will flow into the Asia Pacific region.

Fuelled by this investment, wind and solar are expected to account for 56% of global electricity generation by 2050. Current estimates say these power sources hold a 10% share of the world’s electricity market today.

A further $14tn will need to be invested into upgrading and expanding electricity grids to accommodate this growing electrification across energy systems, and the changing patterns of supply and demand that will follow.

“The next ten years will be crucial for the energy transition,” said BNEF chief executive Jon Moore. “There are three key things that we will need to see: accelerated deployment of wind and [solar] PV; faster consumer uptake in electric vehicles, small-scale renewables, and low-carbon heating technology, such as heat pumps; and scaled-up development and deployment of zero-carbon fuels.”

The outlook for fossil fuels

Natural gas will be the only fossil fuel not to experience peak demand before 2050 – expected to grow at an annual rate of 0.5% over the period. Buildings and industry will account for 33% and 23% of its growth respectively, as sectors where there are “few economic low-carbon substitutes”.

BNEF’s New Energy Outlook 2020 report anticipates coal-fired power generation in China – by far the world’s biggest coal consumer – to peak in 2027 as the country embarks on its commitment to achieving net-zero emissions before 2060.

In India, where coal still features heavily in the national energy mix, power generation from the fossil fuel is expected to hit its top level in 2030.

Overall, coal is expected to account for 12% of global electricity supply by 2050 – compared to around 33% today.

The BNEF analysis suggests peak oil demand will occur in 2035 – later than some predictions, including from BP and the IEA, although sooner than the mid-2040s outlook recently suggested by Opec.

Challenges of scale for green hydrogen

Hydrogen fuel – particularly “green” hydrogen produced using renewable energy – has been tipped widely to emerge as an alternative, low-carbon energy carrier – but in order for it to have significant impact there are several challenges of cost and scale to overcome.

In BNEF’s “climate scenario” pathway – which projects ways to keep global warming well below two degrees Celsius by 2050 – around 100,000 terawatt hours (TWh) of global power generation will be required by 2050 to accommodate growing demand.

“This power system is six to eight times bigger than today’s, has double the peak demand, and generates five times the electricity,” according to the report. “Two-thirds of this electricity goes to direct electricity provision in transport, industry and buildings. The rest is used to manufacture green hydrogen.”

In the scenario, green hydrogen provides just under a quarter of final energy usage by mid-century.

This would require 800 million tonnes of the fuel, and 36,000 TWh of electricity – which is 38% more power than is produced in the world today, and will require up to $130tn of new investment over the next 30 years.

That would involve around $64tn spent on power generation and the electricity grid for direct electricity provision, and between $14tn and $66tn on hydrogen manufacturing, transport and storage.

“Our projections for the power system have become even more bullish for renewables than in previous years, based purely on cost dynamics,” said BNEF’s chief economist Seb Henbest. “What this year’s study highlights is the tremendous opportunity for low-carbon power to help decarbonise transport, buildings and industry – both through direct electrification and via green hydrogen.”