As the world's biggest emitter and energy market, China's pledge to reach net zero before 2060 is likely to have far-reaching consequences for low-carbon industries 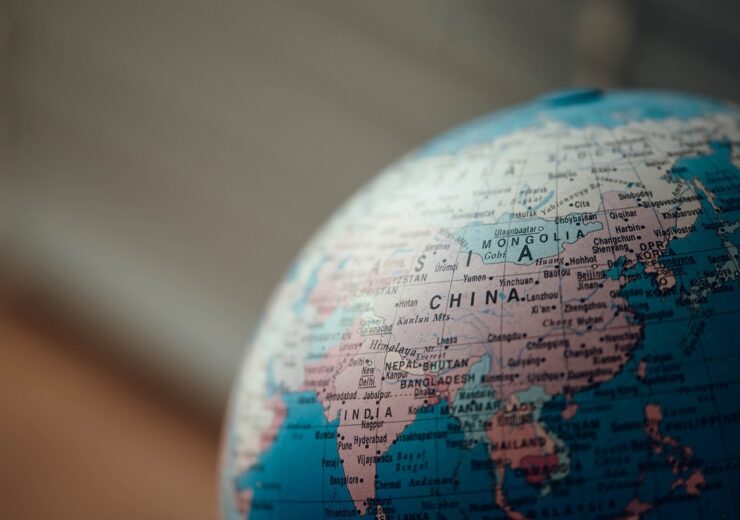 President Xi Jinping surprised the world last week when he announced China will become carbon neutral before 2060 – delivering a huge diplomatic boost in the global race to tackle climate change.

China is by far the biggest emitter of greenhouse gases (GHG) – more than a quarter of the international total – and its commitment to net zero will be crucial to a successful low-carbon transition of the energy system.

While the geopolitical subtext of the announcement cannot be overlooked – it paints President Xi in stark contrast to his US counterpart, who plans to withdraw from the Paris Agreement – it is one that has been welcomed by leaders of government, industry and climate advocacy alike.

European Commission President Ursula von der Leyen describes it as an “important step” to achieving the goals of the Paris Agreement, while Fred Krupp, president of the influential Environmental Defense Fund (EDF) says that, if the vision becomes a reality, it will be an “enormous step toward what the world needs to avoid the most dangerous impacts of climate change”.

Key details of the plan remain thin on the ground, but it is the political willingness to engage more deeply with decarbonisation efforts that has most encouraged the international community.

“With this announcement, the world’s largest carbon emitter finally shifted from its long-term position of having limited responsibility to reduce global emissions as a developing country, to assuming clearer leadership in tackling climate change,” says Alex Whitworth, research director at consultancy Wood Mackenzie.

Global impact of a carbon-neutral China before 2060

Analysis from Climate Action Tracker (CAT) estimates that a carbon-neutral China by 2060 would lower long-term global-warming projections by up to 0.3˚C – the largest single drop in its temperature forecasts since 2015 when the Paris Agreement was first signed.

“Countries not yet committed to net zero would be likely to join the club sooner rather than later, drawn by the growing economic advantages and perhaps persuaded by geopolitics,” he says.

In an analysis for Carbon Brief, Hector Pollitt, head of modelling at Cambridge Econometrics, describes this as a “spillover effect” for the rest of the world, as has already been seen with strong Chinese demand driving down the cost of solar technology.

“Even if the rest of the world did not implement any new climate policy in response to China’s raised ambition, emissions would still fall in other countries,” he says.

“Our modelling suggests this impact is far from trivial, reaching a saving of more than 500 million tonnes of CO2 per year.”

With the European Union – which was instrumental in securing China’s new commitment – poised to introduce its own stricter target of 55% emissions reduction by 2030 and net zero by 2050, formalisation of these pledges along with China’s as Nationally-Determined Contributions (NDCs) would earmark one third of global GHG emissions for abatement.

“With two of the top three emitters in the world now committing to carbon neutrality by mid-century, this could be the start of a broader ‘race towards zero’ and more countries committing to higher emission-reduction targets,” says Yuan Lin, a senior analyst at Refinitiv Carbon Research.

A pivotal US presidential election in November could potentially deliver further positive momentum, as Democratic candidate Joe Biden has promised to reverse the US’ withdrawal from the Paris Agreement if elected.

“If Biden wins the US election, this would mean the world’s top three emitters, China, the US and the EU – accounting for nearly half (45%) of global emissions – would all have net-zero by mid-century targets, placing the 1.5˚C warming limit of the Paris Agreement firmly in reach,” says Bill Hare, chief executive of Climate Analytics.

The contribution of China to global carbon emissions has been a long-standing point of contention as the world seeks to transition to a cleaner energy system.

As a developing economy, it had previously avoided making any binding commitment to cut its use of fossil fuels – especially coal, for which it is home to more than half the world’s generation capacity – while others in the developed world have been busy accelerating plans for a phase out.

President Donald Trump has repeatedly held up China’s carbon footprint as an argument against stricter decarbonisation targets in the US – repeating that view last week at the United Nations General Assembly (UNGA), just moments before President Xi’s surprise announcement.

“Those who attack America’s exceptional environmental record while ignoring China’s rampant pollution are not interested in the environment – they only want to punish America,” he claims.

But with China’s net-zero target now firmly on the table, regardless of a lack of immediate detail, scrutiny of the US response to climate change looks set to grow even stronger.

“It demonstrates Xi’s consistent interest in leveraging the climate agenda for geopolitical purposes. Six years ago, the secret climate deal between the US and China caught the world by nice surprise.

“Six years later, by playing the climate card a little differently, Xi blows the US away and manages to put himself on a higher ground.”

Six years ago, the secret climate deal between the US and China caught the world by nice surprise. Six years later, by playing the climate card a little differently, Xi blows the US away and manages to put himself on a higher ground.

According to John Kemp, a Reuters energy market analyst, China’s pivot has both economic and national security implications, beyond the more headline-grabbing climate targets.

He says: “It makes strategic sense for a country that has plentiful domestic resources of coal, wind, solar and hydro, but is short of both oil and gas and is increasingly reliant on imports.

“China would be the world’s biggest beneficiary from an accelerated energy transition towards an electrified system based on renewables, nuclear and hydro, plus coal coupled with CO2-capture technology.”

Pollitt’s analysis for Carbon Brief shows that a low-carbon transition could raise China’s GDP by as much as 5% by the end of this decade – driven by the large investments required in renewable energy – “with a modest ongoing positive impact due to reduced fossil-fuel imports”.

Whatever the political motivations, the ambition for a carbon-neutral Chinese economy is game-changing – and one that will “alter the world order in clean energy investments and abatement technologies”, according to Refinitiv’s Yuan.

“China will go all-in to achieve the carbon-neutrality goal, and retire coal as soon as possible to push for more rapid uptake in renewables, electric vehicles, hydrogen, energy storage, carbon capture and storage (CCS) as well as negative-emission technology,” she adds.

As well as being carbon neutral before 2060, President Xi committed China to peaking its CO2 emissions “before 2030” – a noteworthy upgrade to its prior goal of “around 2030”.

He notes that while China may be the world’s biggest emitter, biggest burner of coal and biggest market for fossil fuels, it is also the leading builder of renewables and the largest global investor in clean energy. In short, China is “a market mover like no other”.

The finer details of the pathway to carbon neutrality are yet to emerge, and until they do there will no doubt be speculation as to how the country will be able to achieve this grand vision. An announcement next spring of China’s next five-year economic roadmap will likely shed more light on its intended trajectory.

“Big questions remain,” says Gavin Thompson, the Asia Pacific vice chairman at Wood Mackenzie. “2060 is a long time out and immediate, concrete steps have yet to be announced.

“But China’s upcoming 14th five-year plan has the potential to be the most important document in global energy-market history.

“Increased investment in wind, solar, electric vehicle and battery-storage technology deployment will almost certainly feature, and we can expect support for green hydrogen and carbon-capture technology.

“It won’t of course be the complete roadmap and I expect clean coal will continue to receive strong support. But if any country can achieve such ambitious goals it will be China.

“Strong state support and co-ordination have proven extremely effective at reaching economic goals. If this is now directed towards climate change, then China is capable in transforming its carbon-emissions trajectory over the coming four decades in exactly the same way it has transformed its economy over the past 40 years.”