It is the first time China has made a long-term pledge to target net zero, marking a significant step forward in efforts to reduce global emissions 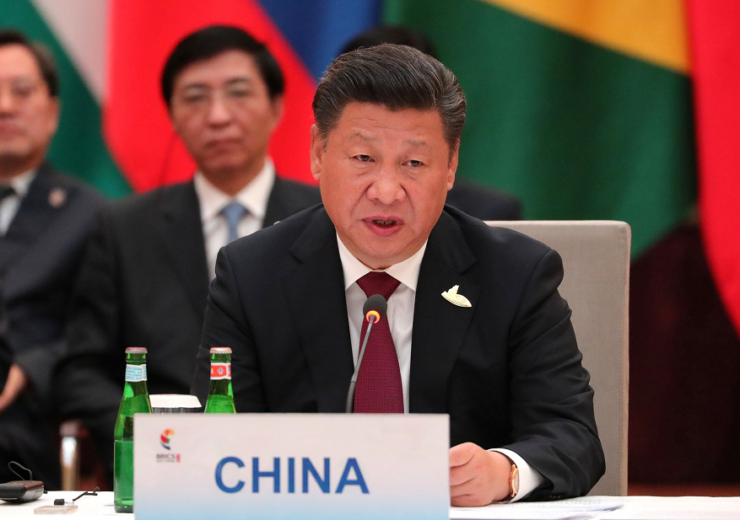 China, the world’s largest emitter, aims to become carbon neutral before 2060, in what industry experts have hailed as a hugely-significant step forward in the global energy transition.

Speaking via videolink at the 75th United Nations General Assembly today (22 September), President Xi Jinping announced his country will seek to peak its emissions “before 2030”, and introduce “more vigorous policies” to advance its nationally determined contributions (NDCs) set out under the Paris Agreement.

The Chinese leader also called for a co-ordinated global effort to deliver a “green recovery” from the financial impact of the coronavirus pandemic.

President Xi said: “China will scale up its intended NDCs by adopting more vigorous policies and measures. We aim to have CO2 emissions peak before 2030 and achieve carbon neutrality before 2060.

“We call on all countries to pursue innovative, co-ordinated, green and open development for all, seize the historic opportunities presented by the new round of scientific and technological revolution and industrial transformation, achieve a green recovery of the world economy in the post-Covid era and thus create a powerful force driving sustainable development.”

Just prior to President Xi’s address, US President Donald Trump used his own platform at the summit of global leaders to criticise China’s environmental record, and dismiss the Paris Agreement – from which he has triggered the US’ withdrawal – as a “one-sided” accord.

“Those who attack America’s exceptional environmental record while ignoring China’s rampant pollution are not interested in the environment,” he said. “They only want to punish America.”

President Xi urged “all countries” to take “decisive steps” to honour the Paris Agreement. He added: “Humankind can no longer afford to ignore the repeated warnings of nature and go down the beaten path of extracting resources without investing in conservation, pursuing development at the expense of protection, and exploiting resources without restoration.”

Richard Black, director of the UK-based Energy and Climate Intelligence Unit (ECIU), described the development as “a very significant step forward” for the energy transition.

“China isn’t just the world’s biggest emitter but the biggest energy financier and biggest market, so its decisions play a major role in shaping how the rest of the world progresses with its transition away from the fossil fuels,” he added.

“The announcement is also a major fillip for the European Union (EU), whose leaders recently urged President Xi to take exactly this step as part of a joint push on lowering emissions, showing that international moves to curb climate change remain alive despite the best efforts of Donald Trump and Jair Bolsonaro in the run-up to next year’s COP26.”

UK business secretary Alok Sharma, who will be president of the UN climate summit in Scotland next year, said he was pleased to see China’s commitment. “I look forward to hearing more from our Chinese partners and working together to deliver a successful COP26,” he tweeted.

The European Commission’s Frans Timmermans, who is leading the EU’s policy for a Green New Deal, also welcomed the announcement, saying: “We need decisive action from every country to keep temperatures under control, tackle climate change, and keep our planet inhabitable”.

China is due to reveal details of its next five-year economic plan – covering 2021-2025 – next March, which is likely to provide more information on the policy and economic framework that will drive this new low-carbon agenda.

Nat Keohane, head of climate at the Environmental Defense Fund, a US-based advocacy group, tweeted: “With the EU’s pledge last week to reduce emissions ‘at least 55%’ below 1990 [levels] by 2030, 2/3 of the world’s Big 3 emitters are showing real signs of ratcheting up ambition.

“What’s missing most is American leadership on climate – a critical ingredient if the world is to succeed.”

What’s missing most is American leadership on climate – a critical ingredient if the world is to succeed.

The extent to which climate issues will play a part in the upcoming US presidential election remain to be seen. Democratic rival Joe Biden has put a $2bn clean-energy package at the heart of his policy manifesto, and pledged to recommit the country to the Paris Agreement if elected.