Having prevailed in a hard-fought presidential election, Joe Biden plans to launch a $1.7tn 'clean energy revolution' and implement his vision for tackling climate change 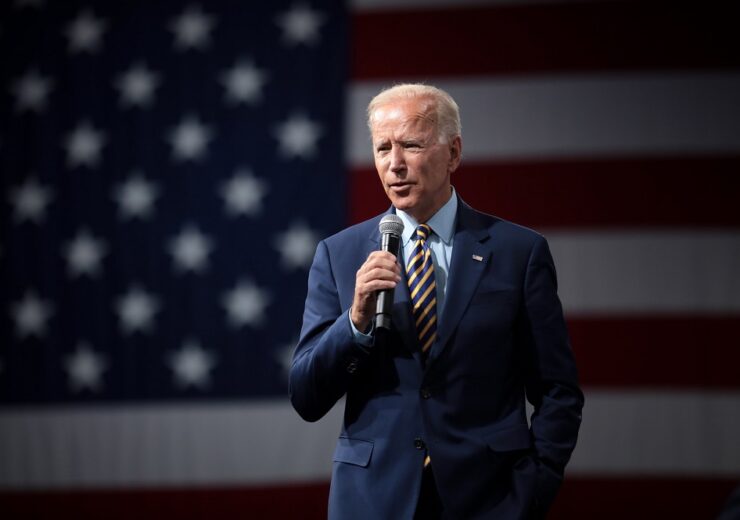 Joe Biden plans to implement a far-reaching climate and clean-energy agenda in the US if elected president (Credit: Flickr/Gage Skidmore)

Joe Biden secured victory in an historic presidential election where climate issues flew high on the agenda – and the Democratic candidate has put a clean energy plan at the heart of his manifesto.

A whopping $1.7tn has been earmarked for investment over the next ten years into a “clean energy revolution”, which his campaign says will “revitalise the US energy sector”, boost growth economy-wide, and transform the country into a clean-energy “superpower”.

The US is hardly an energy laggard, however. It sits second only to China in terms of electricity generation, and, thanks to the shale fracking revolution of the past decade, now leads the world in oil production.

The Trump administration has taken an agnostic approach to energy generation, championing a free-market policy in which all fuels and technologies – from coal, gas and oil to wind and solar – have an opportunity to contribute to the national goal of energy dominance on the world stage.

Natural gas, oil and coal all held a greater share of overall US energy production in 2019 than renewables, according the Energy Information Administration (EIA).

Coal is on a path of clear decline, despite President Trump’s promises to revive the industry, and renewables are growing, but it is the urgency with which this energy mix is to be transformed that is the target of the Biden climate and energy plan.

1. Rejoining the Paris Agreement, and net zero by 2050

Top of the priority list is a commitment to reinstating US participation in the Paris Agreement – the international accord around which countries and multinational companies are basing their energy-transition strategies to tackle climate change.

The US was an early signatory to the agreement in November of 2016 under the presidency of Barrack Obama, but in June 2017 President Trump announced he would withdraw the US from the deal, citing “draconian financial and economic burdens” and claiming it “disadvantages the US to the exclusive benefit of other countries”.

Following a year-long withdrawal process, the country formally exited the accord on November 4 2020 – the day after the election as votes were still being counted. It is now up to the Biden administration – due to take office on 20 January 2021 – to officially rejoin.

His campaign says: “A Biden administration will re-enter the Paris Agreement on day one, and lead a major diplomatic push to raise the ambitions of countries’ climate targets.”

In line with the aims of the agreement, Biden is expected to pass legislation that commits the US to reaching net-zero emissions economy-wide by 2050.

Decarbonised power generation is a crucial element of the energy transition, and Biden has pledged to make the US electricity system emissions-free by the middle of the next decade.

This would involve accelerated development of domestic wind and solar industries, as well as “leveraging the carbon-pollution-free energy provided by existing sources like nuclear and hydropower”.

Upgrades to existing network infrastructure are also a priority, as is the energy-storage technology that will help to balance an electrified grid running on diversified, intermittent renewables.

Research investments and tax incentives would also be offered for developing carbon capture and storage (CCS) equipment, with a view to scaling up the technology and lowering the costs of deployment.

3. Efficiency upgrades and retrofits for buildings

Buildings account for a large share of carbon emissions – as much as 40% globally, according to the International Energy Agency – meaning environmental gains can be achieved by making new and existing buildings more energy efficient.

In the US, energy use from commercial and residential buildings accounted for 28% of overall consumption in 2019, according to the EIA.

The Biden climate and energy plan targets a 50% reduction of the carbon footprint of America’s buildings by 2035, “creating incentives for deep retrofits that combine appliance electrification, efficiency, and on-site clean power generation”.

This includes upgrades for four million commercial buildings across the country, and weatherisation improvements for more than two million residential buildings.

The president-elect hopes to pass legislation that will set a net-zero emissions standard for all newly-constructed commercial buildings by 2030.

The Biden plan to transform America’s energy system and climate ambitions acknowledges an “obligation to the communities and workers that have risked their lives” to produce the fossil fuels on which the country has developed and industrialised.

Hilary Clinton’s statement in the 2016 presidential race that she would “put a lot of coal companies out of business” was a huge political mis-step that contributed to her election loss – as coal communities across the country turned out overwhelmingly in favour of her rival Donald Trump, who had promised to restore the industry.

He has failed to do so, and many fossil fuel workers remain concerned by the acceleration of an energy transition that aims to dismantle the industries – like coal mining, or oil and gas production – on which they rely.

Convincing voters that there will be new opportunities – or at least financial compensation – amid this transformation was central to Biden’s clean-energy agenda.

It is where the idea of a “just transition” comes in. A cornerstone of the EU’s own decarbonisation plan, it seeks to protect workers and communities affected by the energy transition from the negative effects of the big systemic changes needed to make the low-carbon transformation a reality.

Biden’s manifesto says: “Coal miners and power plant workers took on dangerous jobs to power our industrial revolution and the decades of subsequent economic growth. As economic trends continue to shift our country away from coal as an energy source, we have an obligation to help these workers and their communities succeed.”

Industrial and environmental deregulation has been a hallmark of the Trump administration as it has sought to assert US energy dominance and maximise output.

Some of the most high-profile examples include a roll-back of methane-emission standards for the oil and gas industry, opening up permit restrictions for resource extraction on protected federal lands, and loosening vehicle-emission rules designed to improve air quality.

The Biden campaign says it will seek to immediately reverse these actions.

This would include: “Aggressive methane-pollution limits for new and existing oil and gas operations; developing rigorous new fuel-economy standards aimed at ensuring 100% of new sales for light and medium-duty vehicles will be zero emissions, and annual improvements for heavy-duty vehicles; permanently protecting the Arctic National Wildlife Refuge and other federal lands and waters; and banning new oil and gas leasing on public lands and waters.”