Asia accounted for 63% of all renewable energy employment during 2019, while the solar photovoltaic industry was the key driver of job growth 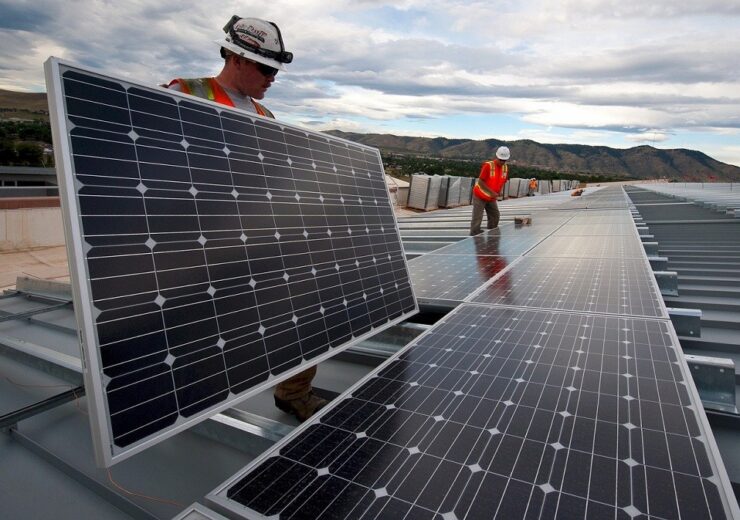 Employment across renewable energy industries grew to around 11.5 million workers in 2019, according to new figures from the International Renewable Energy Agency (IRENA).

That is up from 11 million jobs in 2018, with the increase driven largely by the solar photovoltaic (PV) industry, which now accounts for one-third of the global renewables workforce.

Asia was the leading growth region, accounting for 63% of all renewable energy jobs in 2019, with China alone taking a 38% share of the global total – almost 4.4 million.

IRENA director-general Francesco La Camera said: “Adopting renewables creates jobs and boosts local income in both developed and developing energy markets. While today we see a handful of countries in the lead, each country can harness its renewable potential, take steps to leverage local capabilities for industrial development, and train its workers.”

Across the entire spectrum of renewable industries, women accounted for 32% of overall employment in 2019, compared to 21% in fossil-fuel sectors and 39% across the entire global labour force.

The coronavirus pandemic has slowed the growth of all energy sectors this year, but La Camara thinks renewable energy is proving to be “especially flexible, cost-effective, and resilient in the face of the 2020 health and economic crisis”.

An analysis from IRENA earlier this year estimated that aligning economic recovery packages with the low-carbon energy transition could create 5.5 million new jobs across renewable industries over the next three years.

The trade organisation added: “Comprehensive policies, led by education and training measures, labour market interventions, and industrial policies that support the leveraging of local capacities, are essential for sustaining the renewables jobs expansion.

“Policymakers must also prioritise reskilling for fossil fuel sector workers who have lost, or are at risk of losing, their livelihoods. Many have considerable skills and expertise to contribute to a reoriented, clean energy industry.”

Biofuel was an important sector for employment last year, totalling around 2.5 million workers – with Brazil, Colombia, Malaysia, the Philippines and Thailand all performing strongly thanks to higher production of alternative fuels like ethanol and biodiesel.

The majority of new jobs in this sector were related to agriculture – the planting and harvesting of various feedstocks to produce the fuels.

IRENA’s Renewable Energy and Jobs report noted: “The regional profile of biofuels employment differs considerably from that of the solar PV sector. Labour-intensive feedstock supply lines mean that Latin America accounts for 43% of all biofuels jobs worldwide and Asia (principally south-east Asia) for 34%.

“The more mechanised agricultural sectors of North America and Europe translate into smaller employment shares of 13% and 10%, respectively.”

Wind power supported around 1.2 million jobs worldwide – roughly the same as a year earlier – as onshore and offshore capacity grew by 54 gigawatts (GW) and 4.7GW respectively. Almost 23,000 turbines were installed globally throughout the year.

Just five countries account for 74% of all employment across wind power sectors, with China dominating a 44% share of these jobs.

IRENA said that 21% of roles in wind energy are held by women, meaning the industry is “failing to tap a rich pool of talent that could add valuable perspectives and open new pathways for innovation”.

Hydropower was a big source of renewable energy employment in 2019 too, supporting more than 1.9 million jobs worldwide – although this was a 6% decline compared to a year earlier, due to delays in several project pipelines.