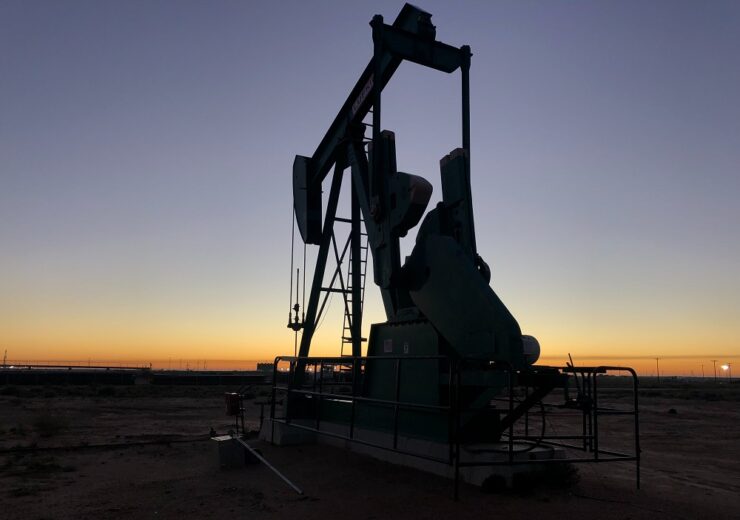 Announcing his clean energy agenda last month, US presidential candidate Joe Biden addressed the subject of abandoned oil and gas wells – highlighting an issue that has been brought into sharp focus by the pandemic-triggered market collapse, as shut-ins and bankruptcies sweep through the sector. NS Energy takes a closer look at the story behind his comments, and what might be done to tackle the country’s growing number of idled drilling sites.

Across the oilfields of America, the infrastructure that is used to extract fossil fuels from beneath the ground is being abandoned or left on standby as companies seek to tighten up their operations – or even seek bankruptcy – amid the oil industry’s worst downturn on record.

The low commodity prices that have tormented oil markets since the start of the pandemic in the face of receding demand have prompted US operators to slash production in response, both as a way of cutting costs and alleviating the pressures of a massive global oversupply.

In its most recent forecast, the US Energy Information Administration (EIA) estimates crude production in the country will total 11.3 million barrels per day (bpd) this year, and 11.1 million bpd in 2021 – both significant declines from the level of 12.2 million bpd set in 2019 that made the US the world’s biggest oil producer.

Covid-19 has put huge pressure on the US shale patch

This is trend is not unique to the US, with countries and businesses all around the world shuttering their oil and gas production in response to the market collapse. Nor are abandoned wells unique to this current crisis, with millions registered in the country long before the pandemic. But as the US shale industry increasingly responds to the downturn by turning off production, the number of inactive drilling sites is set to increase accordingly.

“The ranks of idle and orphan wells are exploding, as strong companies shut-in thousands of producing wells and weak ones go belly up,” says Greg Rogers, a senior adviser for the climate think tank Carbon Tracker, in a blog. “The US oil and gas sector was in trouble even before Covid-19 struck [and] the pandemic has added fuel to the fire.”

According to the International Energy Agency (IEA), investment into the US shale patch is expected to halve this year as a direct consequence of the market crisis, while research firm Rystad Energy notes a four-year high in bankruptcies among US producers in the second quarter of 2020 – the highest since the last market crash in 2016.

Chesapeake Energy, Whiting Petroleum and Extraction Oil & Gas are just some of the headline names to have applied for Chapter 11 bankruptcy support in recent months, while records kept by law firm Haynes and Boone show 32 companies have declared bankruptcy across North America since the start of the year – a 66% increase compared to the same period of 2019.

A recent New York Times article reports that while the pace of oil and gas bankruptcies may be accelerating, “millions of dollars have flowed to executive compensation” as big-money payouts are agreed prior to filing for financial support – raising questions of corporate accountability if taxpayers are left to foot the decommissioning bill for abandoned assets, something Carbon Tracker’s analysis suggests could be a likely outcome.

As more production sites are taken offline, it raises important issues – what to do with the shuttered drilling wells, and who should take financial responsibility for their closure.

According to the US Environmental Protection Agency (EPA), there were 3.2 million abandoned oil and gas wells in the country in 2018 – only a third of which had been “plugged” to limit the harmful release of methane and carbon dioxide emissions.

Referencing this situation, US presidential candidate Joe Biden has pledged to create hundreds of thousands of jobs linked to cleaning up this left-behind infrastructure.

“We’re going to create jobs for people by cleaning up the environmental hazards that have now been abandoned,” he said in a July speech to outline his proposed clean energy plan. “More than a quarter-million jobs right away to do things like plugging millions of abandoned oil and gas wells that exist all across the country, posing daily threats to the health and safety of our communities.”

The decline in activity across the US oil and gas industry has inevitably led to job losses, with oilfield services (OFS) workers – the labourers and technicians who service the machinery and equipment that extracts fuels from the ground – the most severely impacted.

According to Rystad’s analysis, OFS staffing in 2020 is poised to fall to its lowest in level in 10 years, with around 150,000 employees expected to lose their jobs worldwide. Setting the US share of this workforce to the task of plugging the abandoned wells they once operated could alleviate some unemployment concerns, suggests Rogers.

He identifies legislation passed by the US House of Representatives in July that could address not only the issue of abandoned oil and gas wells, but also the sweeping job losses and the question of how cash-strapped states dependent on fossil-fuel revenues can finance the clean-up operation.

“States operate on a balanced budget,” he says. “They cannot print currency to fill budget shortfalls, hire workers, and clean up orphan wells. If the money for these state priorities does not come from industry taxes and royalties, it will have to come from Washington.

“The emerging solution is that the federal government will help states fight climate change and clean up the environmental legacy of fossil fuels. In exchange, states will be expected to wean themselves from industry dependence and regulatory capture.”

The Moving Forward Act provides for an “orphaned well remediation program” that would encourage states and private landholders to identify abandoned oil and gas wells and create strategies for their closure in return for federal funding.

The legislation would also “seek to determine the identities of potentially-responsible parties associated with the orphaned well sites […] and make efforts to obtain reimbursement for expenditures to the extent practicable”.

Rogers says: “These long-overdue steps will shift financial responsibility from state taxpayers to where it rightly belongs under law — corporations that have benefited from decades of public subsidies — while employing laid-off oil and gas workers to plug millions of orphan wells that pose daily threats to local communities and the global climate.”

Identifying those accountable for an abandoned well is not always a straight forward task – the term “orphaned” implies that responsible parties are unknown – but the intent to track them down where possible was echoed in Biden’s policy announcement.

“We’re going to hold accountable those CEOs and corporations that benefit from decades of subsidies, then just walked away from their responsibilities to these communities – leaving the wells to leak, pollutants to continue to spew, greenhouse gases flowing into the air and the water,” said the Democrats’ presidential hopeful.

“We’re not only going to repeal those subsidies. We’re going to go after those golden parachutes the CEOs gave themselves before declaring bankruptcy, to make sure that workers receive the benefits and retirement they were promised.”