‘All of the above’: The US free-market approach to energy security

Secretary Dan Brouillette discussed how diversity of supply, deregulation, and 'market knows best' dogma are driving the US approach to energy security 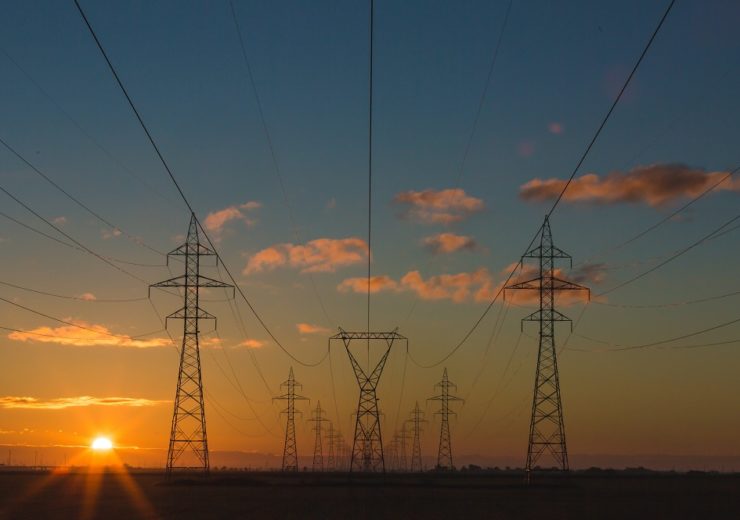 The sobering progress of coronavirus this year has served up a timely reminder of the importance of energy security in a volatile world, and in the US the mantra echoing through the halls of power is “the market knows best”.

Fossil fuels, wind, solar, nuclear, storage – they all have a role to play in sustaining the country’s needs, and market-led innovation is what will deliver the results that have made it one of the world’s biggest energy producers.

That is according to US Secretary for Energy Dan Brouillette, who spoke last week about his department’s approach to overcoming a crisis that has thrown energy fundamentals into a state of disarray as lockdowns erase global demand and put the squeeze on finances.

An estimated $400bn is expected to be wiped from energy-related spending this year, as companies defer project decisions, trim workforces and withhold funds previously earmarked for new ventures.

Experts have warned of a knock-on effect for future energy security, as today’s financial prudence catches up with future power needs once worldwide demand recovers from the effects of Covid-19.

All options are on the table in US energy-security model

Diversity of energy supply, Brouillette noted during a webinar hosted by the International Energy Agency (IEA), is the guiding principle used in the US to balance the needs of both producers and consumers, achieve economic growth and improve environmental standards.

“We have in the US what our president refers to as an ‘all of the above’ energy strategy,” he said. “Which means exactly that: all forms of energy, including fossil fuels like coal and liquefied natural gas (LNG).

“There are parts of our country who oppose, or would prefer not to see, certain forms of energy being used, but it’s important to have the diversity of supply that we have in the US – it provides the balance that’s necessary all throughout our society.”

The rationale behind this view was ultimately realised last November when the US formalised its withdrawal from the Paris climate agreement.

Secretary of State Mike Pompeo said of that decision: “The US approach incorporates the reality of the global energy mix and uses all energy sources and technologies cleanly and efficiently, including fossil fuels, nuclear energy and renewable energy.”

According to Brouillette, this diversified, market-driven approach unencumbered by “top-down dictates” on environmental targets – something he calls the “American energy model” – is what has enabled the country to flex its muscles on the world stage in recent years.

“We’ve increased our energy production and grown our economy over the last 15 years while at the same time reducing our carbon footprint from energy-related sources by 14%,” he said. “Our model can allow both things to occur at the same time.”

This stars and stripes roadmap prioritises the free-market principles around which the country has developed, and through which “energy technologies compete on a level playing field”.

It is one that, in the words of the top energy official, was “working wonders” before coronavirus reached the US just a matter of months ago and lockdowns sparked an unprecedented decline in power consumption.

The US had established itself as the world’s biggest producer of oil and gas, thanks in large part to the shale revolution of the 2010s that enabled mass exploration and drilling of unconventional fossil reserves.

The rate of production growth has stalled across this sector amid the low-price environment brought on by the pandemic, although Brouillette expressed “optimism” for a quick recovery once demand returns.

The US had also been taking big strides in renewable sources like wind and solar – second only to China – as climate concerns rise up the international agenda and clean technologies become more and more economically competitive.

On the subject of nuclear power and an ageing reactor fleet in the US, Brouillette reaffirmed his country’s commitment, saying lifetime extension agreements have now been approved for 88 of the 95 reactors currently in domestic operation – around a quarter of which are for up to 80 years.

“It’s very difficult to see how a country can meet its [environmental] goals without nuclear power at this point in time,” he said. “Nuclear has to be a part of the equation for all of us around the world.

“There are a number of different ideas moving into the marketplace today, and we want to see them advance and come online as quickly as possible.”

Where the environment is concerned, the market knows best

Energy independence has become a calling card of the Trump administration, which has pledged to wean the country off reliance of imports and revive tiring industries like coal and nuclear.

The White House has drawn criticism for decisions to loosen environmental regulations and permitting hurdles for major infrastructure projects, as well as moving to relax Obama-era restrictions on emissions and open up protected lands for mineral exploration.

“We rely strongly on deregulation, which unleashes innovation,” said Brouillette. “None of our progress could have happened without innovation.

“For environmental improvement, we believe in bottom-up agility rather than top-down dictates.

“Some people argue the opposite, and I understand that. They insist governments know best and they should favour some companies through subsidies while penalising others through taxation or additional regulation.

“We believe here in the US that the market knows best, and we’ll proceed accordingly by making regulations and rules of the road, rather than barriers that block the road to innovation and progress.

“We’re going to urge our colleagues and allies around the world to allow each nation to take its own approach. We will continue to resist, and issue concerns about, top-down approaches from governments about what certain outcomes should be.”