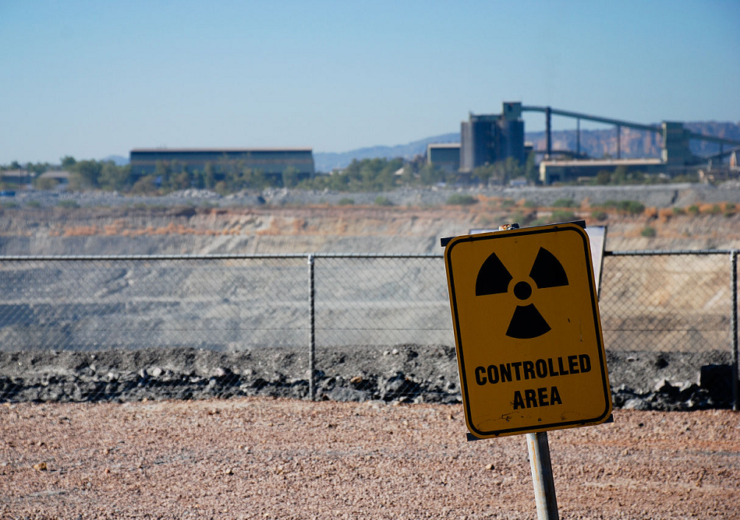 The Department of Energy revealed the action plan to “strengthen the uranium mining and conversion industries” and create a “healthy and growing nuclear energy sector” into which miners can sell their products and services.

It is considered a move to rescue an industry that is “on the brink” of losing its ability to domestically produce fuel for both civil and military nuclear applications, and at “high risk of insolvency” as it loses ground to nation-state rivals such as China and Russia.

The US has grown heavily reliant on imports of uranium in recent decades – with latest data from the US Energy Information Administration (EIA) showing domestically-mined uranium accounted for just 10% of the country’s purchases in 2018.

Critics have questioned the claims of a “national security interest” highlighted by the policy roadmap, saying US imports of the uranium come largely from allies including Canada and Australia.

Several recommendations were made by the Nuclear Fuel Working Group (NFWG) – a task force convened by President Donald Trump last year to assess “national security considerations with respect to the entire nuclear fuel supply chain” – which will be supported by a $150m provision in the 2021 US budget to develop a domestic uranium reserve.

US energy secretary Dan Brouillette said: “The decline of the US industrial base in the front end of the nuclear fuel cycle over the past few decades has threatened our national interest and national security.

“This strategy recognises this challenge and lays out an array of policy options to restore America’s leadership in nuclear energy and technology.

“As a matter of national security, it is critical that we take bold steps to preserve and grow the entire US nuclear energy enterprise.”

The US environmental organisation Natural Resources Defense Council (NRDC) has questioned the national security argument, however, saying the NFWG recommendations were “artificially rigging the market” in an attempt to prop up the struggling uranium mining business.

NRDC senior attorney Geoff Fettus said: “This is a wasteful solution in search of a problem. We get much of our uranium from allies like Canada and Australia. There’s no national security reason to protect these polluters.”

The group added in a statement: “The International Atomic Energy Association opened a global ‘uranium bank’ a few years ago to assure a stable supply of low-enriched uranium. There’s no need to duplicate that effort.

“There is a terrible, toxic legacy of these mines dating from the dawn of nuclear age. The Environmental Protection Agency (EPA) has a database of more than 15,000 abandoned uranium mines awaiting clean up.”

US wary of nuclear fuel capabilities of international rivals

Among the recommendations of the strategy are to advance and invest in new technologies that will future-proof the US industry as it seeks to lower its dependence on foreign uranium imports.

The NFWG warns in its findings that “America is on the brink of losing its ability to produce domestic uranium for the fabrication of nuclear fuel, threatening our national interest and national security”.

It claims competitor nations, particularly Russia and China, are “aggressively moving” to assert their nuclear capacity dominance over the US.

EIA data shows that US mines produced 700,000 pounds of uranium concentrate in 2018 – a 37% decline compared to the previous year.

This is indicative of a downward trend since 2014, when 4.9 million pounds of uranium was mined in the country.

Issues of national defence are a priority of the Trump administration, and, according to the Department of Energy, the desire to enhance the domestic uranium industry is being driven by a demand for low-enriched uranium that will be used in tritium production for nuclear weapons in the 2040s, as well as highly-enriched uranium needed to fuel Navy nuclear reactors in the 2050s.

The robustness of the civilian nuclear energy industry is closely linked to these goals, and the policy roadmap announced by the NFWG recommends taking “immediate and bold action” to boost the country’s uranium mining and conversion industries will be the first stage of its action plan.

The Nuclear Energy Institute (NEI) industry organisation welcomed the report, although called for even further measures to support the US nuclear sector.

NEI president and CEO Maria Korsnick said: “More actions should be taken to preserve the plants operating today, and we will continue to work with Congress to ensure the industry is included in legislative proposals for tax credits and other incentives to the energy sector.”