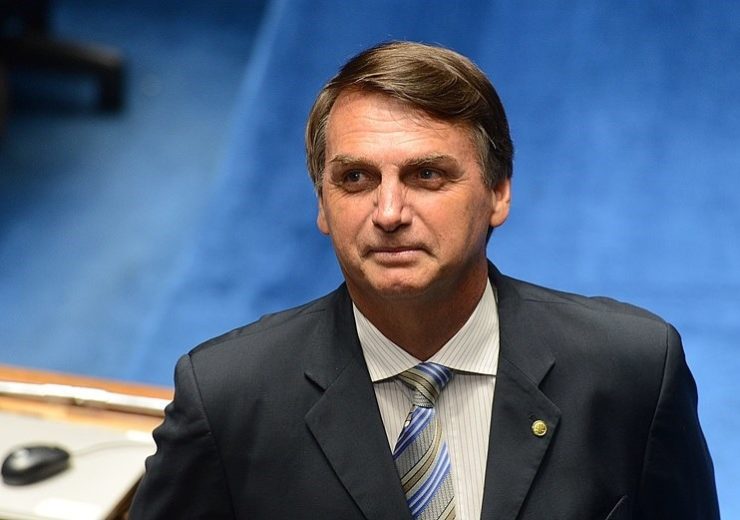 Brazil will resume production at the country’s single uranium mine before the year is out, according to energy minister Bento Albuquerque.

Located in the north-eastern state of Bahia, the Caetité mine ceased operations in 2014 but is now being used to spearhead President Jair Bolsonaro’s plans to reinvigorate his country’s nuclear power sector.

The recently elected 64-year-old hopes to relieve state-owned Industrias Nucleares do Brasil of its control over Brazilian nuclear energy and open up the industry to the private sector.

Brazil is home to the seventh-largest uranium reserves in the world, but analysis by the World Nuclear Association suggests just 33% has been explored.

The country’s two nuclear plants, Angra 1 and Angra 2, provide roughly 3% of its energy needs, with a third, Angra 3, due for a completion in 2023.

Brazil is looking to build its capabilities in an industry the World Nuclear Association (WNA) recently claimed has a vital role to play in the world’s low-carbon future.

WNA director Agneta Rising argued nuclear energy has the potential to deliver massive capacity for the global grid, but more work is needed on a governmental level to facilitate its implementation at scale.

Speaking at the International Atomic Energy Agency (IAEA) conference in Vienna on 7 October, she said: “The nuclear industry is committed to delivering what it needs to do to save our planet from climate change.

“Our technology is ready, our supply chain is ready, and our people are ready — but to achieve this we must have action from governments to create the conditions needed to allow nuclear energy to deliver its potential.

“Nuclear reactors are the low-carbon backbone of the electricity system, operating in the background, day-in and day-out — often out of sight and out of mind, they are the silent giants we rely upon daily.

“Governments are called upon to take action to allow the nuclear industry to deliver the Harmony goal, so that the world can meet the climate challenge.”

In addition to growing his nuclear capacity, Bolsonaro has ambitious plans for the Amazon rainforest.

Just hours after taking office, he began empowering mining agribusiness lobbies in Brazil by arming the country’s agriculture ministry, which they control, with the agency to demarcate indigenous reserves in the Amazon.

This originally fell under the jurisdiction of Funai, an indigenous agency which has now been moved from the justice ministry to a new ministry of women, family and human rights.

Bolsonaro explained his actions in a tweet: “More than 15% of national territory is demarcated as indigenous land and quilombos.

“Less than a million people live in these places, isolated from true Brazil, exploited and manipulated by NGOs. Together we will integrate these citizens.”

Meanwhile, according to documents seen by the Associated Press, the Brazilian president is considering removing the National Council of the Environment, replacing it with a government council of political appointees.

The independent group, also known as Conama, has nearly 100 members and mainly comprises key figures from impartial environmental and business groups, and works to preserve the 60% of the Amazon that is in Brazil.