Across the entire China Belt and Road Initiative region, it is estimated 448.9 petawatt hours of electricity could be generated annually through solar power 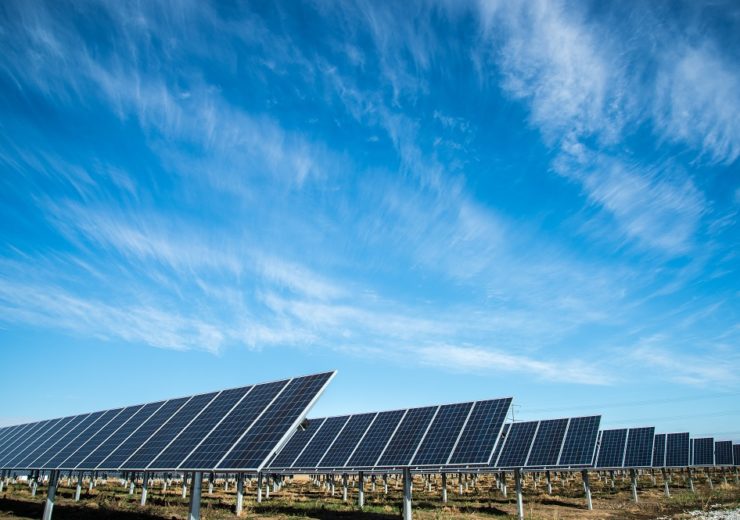 Carbon-emitting regions along China's BRI could look to solar power

China, India, Iran and Saudi Arabia collectively account for around 40% of global carbon dioxide (CO2) emissions – but the region has huge potential for becoming a significant source of solar energy.

Researchers estimate there is up to 238.2 petawatt hours of solar potential across the four countries which, if used to generate just 30% of their electricity demand, could save approximately 2.4 billion tonnes of CO2.

This would be equivalent to a reduction in global carbon emissions of 7.2%.

Such untapped solar potential is significant because the regions in question sit along the Belt and Road Initiative (BRI) – the $1.5tn Chinese trade and infrastructure project currently spreading its way across Eurasia.

Since the scheme was launched in 2013, the BRI has reportedly invested around $90bn into infrastructure development in the countries along its path, as China seeks to expand and consolidate its global trade links.

But with more than 55% of greenhouse gas emissions worldwide currently originating in the BRI region, many of the countries involved are approaching a crossroads as to whether they will continue down the path of CO2 creation or instead follow a greener route.

If the current pattern of emission growth continues, it is expected that the area covered by the BRI will produce at least 65% of global greenhouse gas emissions.

Across the entire BRI region, it is estimated 448.9 petawatt hours of electricity could be generated annually through solar power – the equivalent of more than 40 times the area’s total electricity demand in 2016.

The challenges of turning the BRI area into a solar powerhouse

The challenge of achieving this, according to the researchers involved in the study – Xi Lu and Shi Chen of Tsinghua University, and Kathryn G Logan from the University of Aberdeen – will come down to the willingness of countries to cooperate over new technology – or even to link their electricity grids together in order to share green power.

Writing in academic new publication The Conversation, researchers said: “For many countries in the BRI, energy interconnection can be achieved by upgrading and expanding existing local interconnected grids within each individual country rather than by creating new infrastructure.

“This may make interconnection easier, cheaper and have less environmental impact.

“Because solar power is intermittent, countries need to build their solar infrastructure to supply electricity created in times and places where the sun shines most, to when and where it is most needed.

“For example, connecting rural areas to more highly populated urban areas, which could be done across country borders to maximise the outputs.

“The relatively poor condition of the electricity grids in many of these countries will also make it harder to integrate a variable source of energy such as solar power.

“This is due to the lack of modern technologies within some of these countries, especially in regions with a poor electricity network.

“These challenges mean that governments and industry need to work together effectively and cooperate across borders in order to reduce the risks of investing heavily in solar.

“If they get it right, these countries could jump from their carbon-intensive trajectories to a low-carbon future.”

What is the Belt and Road Initiative? Outlining China’s vision

President Xi Jinping announced his vision five years ago, and has since made it inextricably bound to the country’s constitution as a commitment that must be fulfilled during a term that could never end.

In the meantime, the Belt and Road Initiative grew exponentially as it absorbed more and more trade deals, construction contracts and infrastructure investments, until it became a byword for virtually all of Chinese engagement – both foreign and domestic.

Ostensibly, it involves the creation of two trade networks, one on land, the other at sea, which together weave a sprawling tapestry across the vast majority of Eurasia, encompassing more than 70 countries from northern China to the east coast of Italy.

China refers to these trade networks as a “bid to enhance regional connectivity and embrace a brighter future”, and has reportedly spent $210bn on the project already.