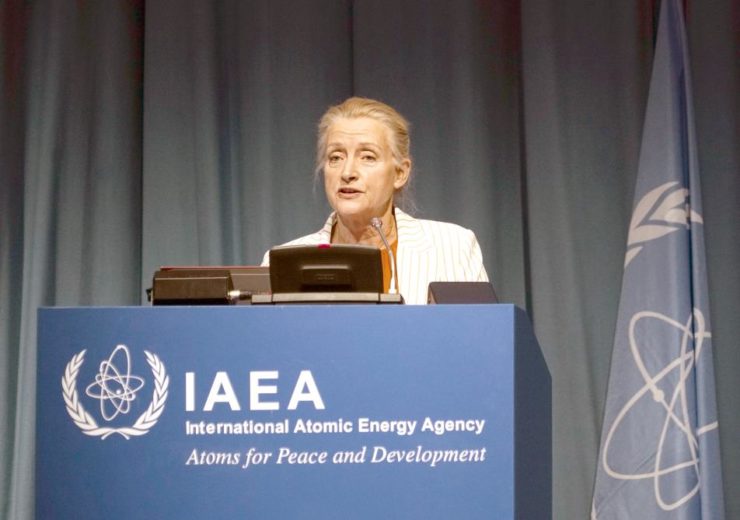 The nuclear power industry has a vital role to play in the world’s low-carbon future, according to the World Nuclear Association’s director.

Agneta Rising claims nuclear energy has the potential to deliver massive capacity for the global grid, but more work is needed on a governmental level to facilitate its implementation at scale.

Speaking at the International Atomic Energy Agency (IAEA) conference in Vienna on 7 October, she said: “The nuclear industry is committed to delivering what it needs to do to save our planet from climate change.

“Our technology is ready, our supply chain is ready, and our people are ready — but to achieve this we must have action from governments to create the conditions needed to allow nuclear energy to deliver its potential.”

Why nuclear power and low-carbon global grid can co-exist

Nuclear power plants deliver large amounts of energy, while the industry as a whole emits 2500 million tonnes of carbon dioxide fewer than fossil fuels annually, equivalent to removing about 400 million cars from the world’s roads.

Ms Rising referenced the energy source’s reliability and generating capabilities during all weathers and seasons, as well as the fact that facilities can be constructed in as little as five years, as key advantages over other methods of power generation.

The amount of nuclear power being added to grids around the world has doubled over the past five years, but the World Nuclear Association director argues it should triple and account for 25% of the world’s electricity demand prior to 2050.

Rising said: “Nuclear reactors are the low-carbon backbone of the electricity system, operating in the background, day-in and day-out — often out of sight and out of mind, they are the silent giants we rely upon daily.

“Governments are called upon to take action to allow the nuclear industry to deliver the Harmony goal, so that the world can meet the climate challenge.”