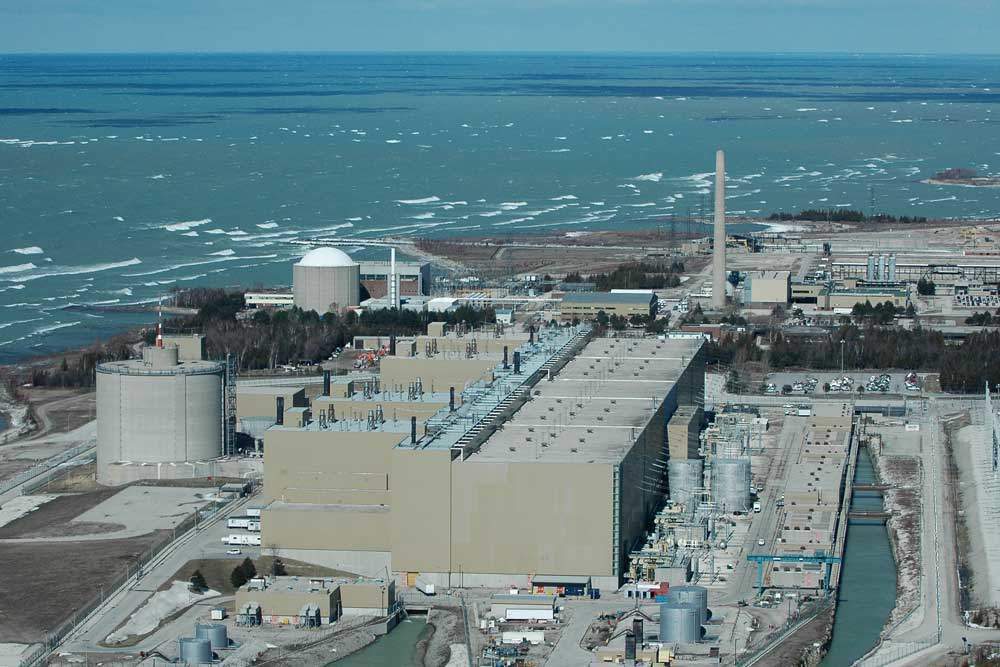 When compared to renewable sources of energy such as solar and wind, electricity generation from nuclear power plants is often greater and more reliable.

Nuclear facilities can produce huge power capacities continuously for several months without any interruption, making them a valuable addition to any grid.

Using a nuclear fission reaction, they produce high amounts of electricity with uranium as fuel, and as electricity generated they emit low greenhouse gas emissions, and are considered environmentally-friendly.

Concerns have been raised, however, over the disposal of radioactive waste, which can prove a difficult and costly process, along with harmful the harmful radiation produced by nuclear plants.

Located in Niigata Prefecture, about 220km northwest of Tokyo along the coast of the Sea of Japan, the Kashiwazaki-Kariwa plant is the world’s biggest nuclear power plant with a net capacity of around 7,965MW.

The plant features seven boiling water reactors (BWR), with the first five having a gross capacity of 1,100MW each. The remaining two reactors have a capacity of 1,356MW each.

Operated by Bruce Power, the nuclear power plant has a net capacity of 6,234MW.

It consists of eight pressurised heavy water reactors (PHWR) with gross capacities ranging from 786MW to 891MW, and is owned by Ontario Power Generation (OPG).

Owned and operated by Korea Hydro & Nuclear Power, a subsidiary of KEPCO, the Kori nuclear power plant has as net capacity of 6,040MW.

It is located in Kori, a suburban village in Busan, South Korea, with the first reactor started commercial operation in 1978.

The plant features eight reactors, with six of them being operational. While one of the remaining two reactors has been decommissioned, the other is under construction.

With a capacity of 5,928MW, the Hanul plant is the world’s fourth biggest nuclear power plant.

In 2005, the phase one of the nuclear power plant was completed with six pressurised water reactor (PWR) units.

The second involves addition of two new reactors with a net capacity of 1,350MW each, which will increase the plant’s total net capacity to 8,608MW upon becoming operational.

With an installed net capacity of 5,899MW, the plant is the Korea Hydro & Nuclear Power, a subsidiary of South Korean utility KEPCO.

With an installed net capacity of 5,700MW, the Zaporizhia Nuclear Power Plant is located in Central Ukraine near the city of Enerhodar.

It is owned and operated by Ukraine’s state-run National Nuclear Energy Generating Company of Ukraine (Energoatom).

Located near the commune of Gravelines in Nord, France, the Gravelines Nuclear Power Plant has an installed net capacity of 5,460MW.

The facility is owned and operated by the French electric utility company Electricite De France (EDF).

The plant features six 900MW capacity PWR units, with the first two entering service in 1980. The remaining four reactors were commissioned between 1981 and 1985.

Operated by the French utility Electricite De France (EDF), the Paluel Nuclear Power Plant is located about 40km away from the city of Diepp, France.

With construction on the nuclear power station beginning in 1977, the first two units were connected to the grid in 1984, while the remaining units became operational in 1985.