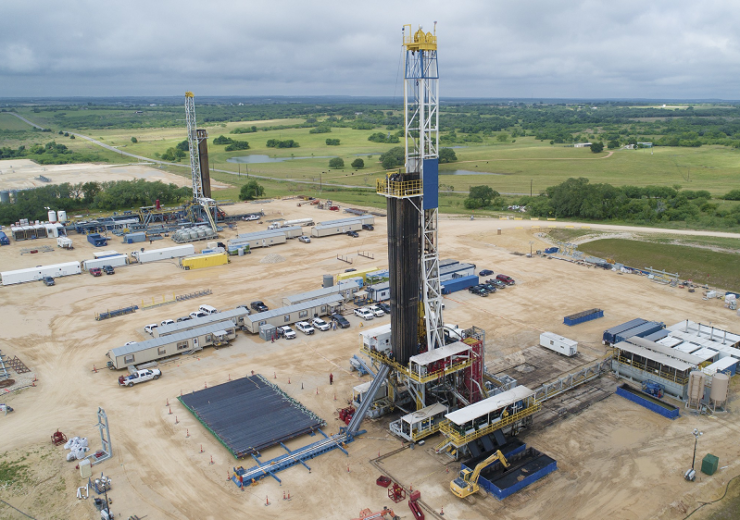 The low-price environment triggered by Covid-19 has forced US shale firms to lower production (Credit: ConocoPhillips)

Despite the hardships faced by US shale at the hands of a pandemic that has obliterated energy demand and sent oil prices plunging, top industry figures believe the sector possesses the resilience and flexibility to recover quickly as the wheels of industry begin to turn once more.

The low-price environment that has swept global oil markets amid coronavirus has posed a particular problem for unconventional operators in the US, where margins are historically tight and access to finance had already grown more difficult in the years since the previous oil crash in the mid-2010s.

But speaking yesterday (10 June) in a webinar hosted by the International Energy Agency (IEA), US Secretary for Energy Dan Brouillette said he is “optimistic about the future”, and that “when the demand curve comes back, some of this industry is going to come back very, very fast”.

“The development of the technologies that have led to the unconventional plays that we see here in the US, in the shale industry in particular, allows those industries to scale up and down very rapidly.

“So it’s incumbent on us in the US Department of Energy to continue that drive towards innovation that creates efficiencies in these important industries.”

ConocoPhillips boss says US shale will recover, but access to finance will not be as robust as it once was

His comments echo the optimistic tone sounded by ConocoPhillips CEO Ryan Lance in a recent interview with IHS Markit, in which he discussed the oil major’s experience of the latest energy crisis.

“Shale is not broke; shale is not gone; shale will come back,” he said – although admitted the pace at which the US sector can recover might be “slower” due to capital pressures.

“I don’t think the access to capital in the investor community, at least in the public side of the business, is going to be as robust as it was over the last decade.

“That’s just the value proposition conversation about how we get value investors and energy investors back into this business – and that’s going to be a function of giving money back to the investor, modifying your growth so don’t have to grow that fast, and a real heavy focus on return on capital employed.”

Doing so, he said, is “what’s going to get the investors back and excited” about shale exploration and production.

The IEA recently estimated US shale will suffer a 50% decline in investment activity by the end of the year, as companies struggle to balance the books amid the crisis and investors show reluctance to fund new production efforts in the low-price environment.

Oversupply has been a key contributor to the depressed prices and, after April’s storage scramble that pushed the West Texas Intermediate (WTI) benchmark into negative pricing for the first time, the US government has intervened by opening up its strategic petroleum reserve to domestic producers.

Secretary Brouillette confirmed 23 million barrels of crude storage capacity was awarded to US companies last month, with around a quarter of these deliveries having been made by mid-May.

He also welcomed this week’s extension of the “historic” Opec+ agreement to co-ordinate global production cuts, a deal that has helped to rebalance oil markets and stabilise prices over the past month or so.

“Make no mistake, today’s crisis is global,” he added. “It transcends any one nation, and requires a swift and decisive response from all of us.”

Lowest number of active rigs across US oilfields since records began

In the US, many wells have been taken offline to remove excess oil from an oversaturated market and ease the pressure on prices.

Recent data from oilfield services firm Baker Hughes identified 284 active rigs across US production fields in the week ending 5 June – 691 fewer than the same time last year, and the lowest level since its records began in 1987.

In its latest update, the US Energy Information Administration (EIA) pegged US crude production at 11.4 million barrels per day for May – down from a peak of around 12.9 million bpd in November 2019 – with the downward trend expected to continue until 10.6 million bpd in March 2021.

US production of dry natural gas in 2020 is expected to average 89.7 billion cubic feet (bcf) per day, down from 2019’s record-setting pace of 92.2 bcf per day — with low oil and gas prices “discouraging producers” particularly in the prolific Permian and Appalachian regions.

For 2020 as a whole, the EIA revised down its crude production forecast to average 11.6 million bpd – although some analysts believe the figure could be up to one million bpd lower than this guidance – and in 2021 production will average 10.6 million bpd.

US shale production will recover, but will struggle to match previous highs

In Lance’s view, the shale industry will struggle to rebound to the pre-crisis heights of around 13 million bpd, but could encroach on 12 million bpd as the recovery progresses.

“A lot depends on the shape of this recovery,” he added. “If I were a betting man, today I would say it would be pretty difficult for us to return to 13 million bpd.”

The ConocoPhillips boss also advocated for more consolidation within the shale sector to make it more competitive and demonstrate to investors that good returns can be achieved.

He said: “The fundamental point is we’ve got to put these assets in less hands, more rational hands, and run them for returns, not necessarily growth for growth’s sake.

“Doing that then cuts the fixed cost of the system, brings the cost of supply down, and makes the US energy system and the global energy system more competitive with a lot of the NOCs [national oil companies] and the other people that are competing in this business.”