Members of the Opec+ alliance have agreed to extend production cuts of 9.7 million bpd throughout July, further narrowing the gap between supply and demand 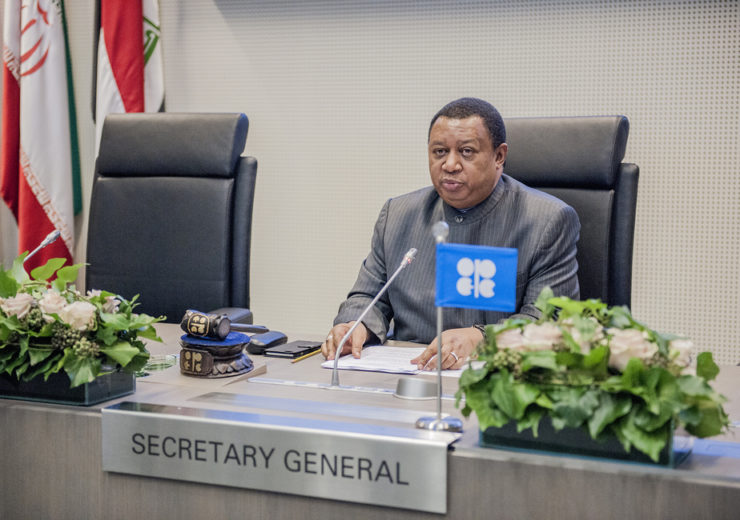 A month-long extension to Opec+ production cuts agreed over the weekend is expected to restore further balance to oil markets that have been showing signs of recovery in recent weeks.

But the true extent of its impact will be mitigated by several other factors, notably the restart of Libya’s oil industry after months of non-activity amid civil war, the exemption of Mexico from the deal, and the end to additional voluntary cutbacks made by Saudi Arabia and other Gulf nations.

Compliance issues among Opec+ members, which threatened to derail negotiations that took place last week, also remain a big sticking point as some countries struggle to fulfil their quotas – and the continuity of the extension has been made contingent on full co-operation.

Additional voluntary cuts made by Saudi Arabia and other Gulf countries during June will not be extended beyond the end of the month, releasing around 1.2 million barrels per day (bpd) back into global inventories.

In a statement Opec+ confirmed its view that global oil demand will contract by nine million bpd over this year, underscoring the need for its members, and “all major producers”, to remain “fully committed to efforts aimed at balancing and stabilising the market”.

It added that monthly reviews will now take place to assess the progress of the arrangement, opening up the possibility of further extensions being made.

Opec+ has agreed to extend production cuts of 9.7 million bpd for an extra month

The oil-exporter alliance struck a deal on Saturday (6 June) to extend an existing collective output reduction of 9.7 million bpd – initially intended to run throughout May and June – for an additional month to the end of July.

Notably, Mexico – which was resistant to join the original agreement made back in April – has been exempted from the extension, and will not contribute its 100,000 bpd cutback quota beyond the end of June.

These cutbacks – combined with market-led reductions in countries such as the US, Norway and Canada, along with demand recovery prompted by the easing of lockdowns – have helped stabilise a market that had been spiralling out of control due to massive oversupply during the pandemic.

Analysts say the decision to extend the deal for another month will now tighten the market further, pushing the price of key commodity benchmarks – which fell to record lows during March and April, and still remain well below their pre-crisis levels – up towards the $50 per barrel range as stock draws accelerate.

The rate of the drawdown may not be as quick as first thought, however, given the circumstances surrounding the arrangement.

Energy Aspects chief oil analyst Amrita Sen said: “The decision tightens our balances, although not by very much.

“After taking into account Libya’s partial return, Mexico’s exemption from July and continuing under-compliance by various members, it reduces our estimate of July Opec+ production by 320,000 bpd.

Libya’s oil industry has slowed to a standstill since the start of the year as a result of a civil war that has targeted key oil and gas infrastructure with blockades, preventing the government from accessing key national revenues.

But news emerged at the end of last week that oil operations in the west of the country have now been able to restart – including at the productive El Sharara oilfield.

Sen added: “Production should gradually ramp up, although there are still plenty of risks to this nascent restart given that southwestern Libya is fragmented by multiple tribes and factions that could disrupt production.

“We have adjusted our balances to allow for El Sharara and El Feel to start gradually ramping up, compared to our previous assumption of a restart in September. This adds 290,000 bpd to our Libyan supply estimate over the third quarter of 2020.”

The so-called Opec+ alliance, a grouping of oil-exporting nations nominally led by Saudi Arabia and Russia, took action in April to reduce the flow of crude into an over-saturated marketplace as the impact of coronavirus lockdowns decimated global demand.

It agreed to cut output by a record 9.7 million bpd for the two months of May and June, with this reduction initially intended to be lowered to 7.7 million bpd throughout the rest of 2020.

Saudi Arabia, the United Arab Emirates, Kuwait and Oman made additional voluntary cuts outside of the agreement, totalling almost 1.2 million bpd – of which one million bpd was accounted for by Riyadh.

These extra voluntary curtailments will not be extended beyond June, however, adding extra complexity to the impact of the latest agreement.

“We already expected the supply and demand balance to tighten in the third quarter,” said Wood Mackenzie’s vice president for macro oils Ann-Louise Hittle. “With the extension, this rebalancing will accelerate as the additional two million bpd is kept out of the market for longer.”

Oil prices, which went into freefall during the height of the market crisis, have been on an upwards trajectory for several weeks now as a result of this rebalancing, with both Brent and West Texas Intermediate (WTI) now firmly established around the $40 per barrel range.

“Bringing supply back to the market is a daunting yet delicate balancing act, and for the Opec+ partners, getting the timing right is critical.”