Is the oil industry showing signs of recovery from the coronavirus market crisis? 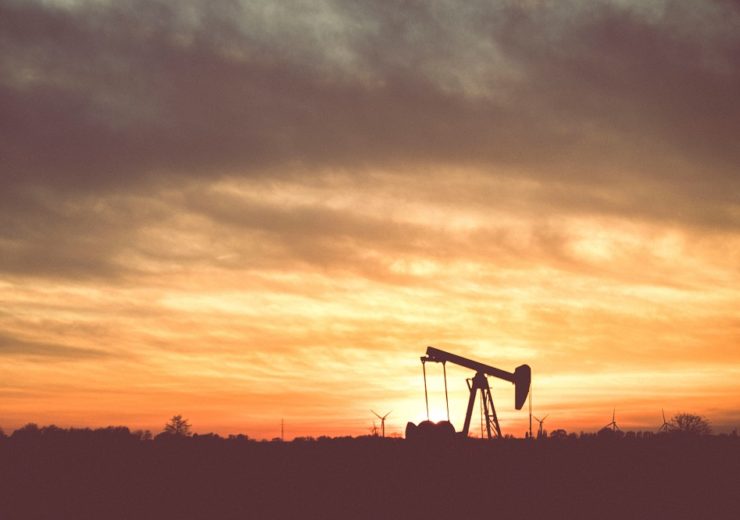 The coronavirus-triggered oil crisis of 2020 has thrown the industry into a state of disarray as it struggles to cope with a series of unprecedented demand and price shocks — but listen closely and you might hear sounds of optimism that a recovery is on the horizon. NS Energy takes a closer look at what’s being said.

Global events have sent shockwaves coursing through oil markets on many occasions before, stretching back almost half a century to the energy crises of the 1970s.

The fickle nature of geopolitics has often proved the root cause of these trade disruptions and price volatility, but this time around it has been the invisible and rapid spread of a highly contagious, deadly virus that has turned the oil world on its head.

The International Energy Agency (IEA) has confirmed that 2020 is on track to become the worst year in the industry’s history – with record-low commodity prices and a demand shortage unlike any other culminating last month in “Black April” – but despite the dark clouds overhead, cautious whispers of optimism can be heard that the worst of the crisis could now be over.

Oil prices, which in March and April plummeted to record lows, have in recent weeks shown signs of a rebound – with key benchmarks Brent and West Texas Intermediate (WTI) both currently trading at above $30 per barrel for the first time in months.

While still less than half their value compared to the start of the year, this new-found resilience reflects a greater degree of confidence among traders that things are starting to look more positive for a market that has been thrown into complete disarray by the twin shocks of demand destruction and huge oversupply.

“The expectation is for that [price] rebound to be gradual, and I think right now the best-case scenario is also for that rebound to be permanent,” says GlobalData’s senior oil researcher Adrian Lara.

“In other words, the main risk is still having Covid-19-related outbreaks that bring countries, or regions within those countries, back into a lockdown.”

National economies that have been under strict confinement measures for several months have now begun to tentatively open their doors once more, easing some of the travel restrictions that have dealt so much damage to global fuel demand.

Added to this is the effect of globally-co-ordinated efforts to reduce oil production and lift the burden on over-saturated storage and transportation infrastructure, with an Opec+ agreement to cut almost 10 million barrels per day (bpd) now well into its first month of enforcement.

The combination of these factors, along with further output reductions being led by market forces in non-Opec+ countries like the US and Canada, prompted the IEA last week to slightly upgrade its forecast for the year ahead, identifying the “early signs of a gradual stabilisation of oil markets” in its most recent assessment of the global oil picture.

“There are signs of improvement both on the supply and demand fronts,” notes a recent analysis from the Oxford Institute for Energy Studies (OIES), authored by Bassam Fattouh and Andreas Economou.

“Lockdowns in many parts of the world are starting to ease and there are signs that this is having a positive impact on demand, particularly gasoline demand. This by no means implies that year-on-year contractions for the rest of the year will suddenly stop, but demand contractions are projected to ease over the rest of 2020.”

The situation remains precarious, however, with the potential for a resurgence of Covid-19 a lingering question mark prefacing any future outlook – but for now, at least the green shoots of recovery are continuing to emerge.

“It’s far too early to say that we are soon going to reach rebalancing of the markets – we are just at the beginning of that process,” IEA executive director Dr Fatih Birol told a recent press briefing.

His organisation recently adjusted its full-year oil demand forecast for 2020, predicting a decline of 8.6 million bpd compared to 2019 – a “modest” improvement on its previous estimate a 9.3 million-bpd demand loss.

We see early signs markets have begun the rebalancing process.

Demand: Road transport gradually picking up in many economies as lockdowns ease.

While still an unprecedented level of annual decline, the upwards revision has gone some way to indicating the market is moving in a more positive direction, as the gradual resumption of travel and industrial activity begins to draw on oil stocks from storage that has fast been approaching maximum capacity.

Lara says: “The bulk of oil demand is ultimately dependent on demand for transportation fuels, which are in turn directly linked to the pace at which people start moving again by car and by plane.

“The data that is relevant for assessing the stability of the demand rebound are the refinery utilisation rates, production of fuels and changes in stocks for both crude and refined products.

“Demand destruction in the months of March to May was really severe, and Opec+ adjusted production not so much in response to the fall in those months, but rather on the expectation that demand will pick up again in the second half.”

OIES’ Fattouh and Economou ­­note that the shape of the demand recovery will be “the key factor” in determining the future outcomes of oil markets, with many variables at play – not least whether or not demand will ever return to its pre-crisis levels.

Calls for governments to integrate green-energy planning into their economic recovery roadmaps have grown more vociferous in recent weeks, while the comparative strength of renewables in navigating the crisis has been underscored by an acceleration of Big Oil companies to set out their low-carbon agendas.

In an interview last week, BP’s new chief executive Bernard Looney – who in February unveiled the UK oil major’s net-zero strategy – told the Financial Times the coronavirus pandemic could have a lasting effect on commodity demand, raising the prospect that the time of “peak oil” could have passed.

“I don’t think we know how this is going to play out. I certainly don’t know,” he says. “Could it be peak oil? Possibly. Possibly. I would not write that off.”

Either way, the pace of recovery from the crisis will be defined by demand growth, as the OIES analysis – which incorporates a range of real-time mobility data gathered from Apple and Google along with academic studies of government response planning – suggests.

It adds: “The balances are extremely sensitive to the pace of demand recovery. A weaker recovery in oil demand will delay the rebalancing process by a quarter, even with 100% Opec+ compliance to the output cuts and the more severe and persistent shut-ins of non-Opec production.”

The IEA’s latest estimate is for a year-on-year demand decline of almost 20 million bpd in the second quarter of the year – a positive adjustment of 3.4 million bpd compared to its April forecast – with a narrowing of the gap between supply and demand expected in the second half.

Opec+ agreement has taken effect, but continued compliance will be critical

While a demand resurgence offers relief to one aspect of the crisis’ equation, measures on the supply side are starting to take effect, too.

In April, Opec+ members agreed to collectively cut 9.7 million bpd of their oil output throughout May and June, with less-extensive reductions to continue through until 2022.

So far, these measures have been complied with across the board, while Saudi Arabia, Kuwait and the United Arab Emirates (UAE) have each introduced additional voluntary cutbacks on top of those proposed in the deal.

Whether or not nations continue to honour the agreement has been a point of contention among industry observers, but the OIES researchers believe that for several reasons compliance will be maintained “at least for the next few months”.

“First, some producers are finding it increasingly difficult to market all their volumes in this current environment,” they suggest.

“Second, Opec+ producers will consider very carefully the potential cost of non-compliance and assess the risk of entering into another cycle of overproduction, especially at a time when Saudi Arabia has shown low tolerance for non-compliance and the willingness to shift policy quickly if the burden of adjustment falls primarily on its shoulders.

“Also, if Opec+ producers fail to abide by their quotas, the market rebalancing will be delayed till the end of 2020.”

Nations outside of the oil-exporter alliance have also joined the effort to address the issue of global oversupply, with Norway announcing it will lower production by 300,000 bpd this year, and market-led reductions, particularly in the US and Canada, further deepening the global supply curtailment.

In fact, the IEA expects the US to be “the single-biggest contributor” to worldwide cuts by the end of 2020, lowering its output by as much as 2.8 million bpd as producers take the unusual step of shutting in production.

Storage concerns have eased as gap between supply and demand narrows

Huge levels of oversupply have become a hallmark of this new global oil picture, with the pressures of vanishing storage-space realised in spectacular fashion last month when a panicked sell-off of WTI contracts by traders with nowhere to store their goods sent prices for the benchmark falling to almost minus $40 per barrel – the first time the commodity had ever fallen into negative pricing.

Armadas of oil supertankers, filled to the brim with unwanted crude oil, have been pictured roaming the seas, while strategic sovereign reserves have been opened up to take some of the surplus off the market.

The #USCG is closely monitoring the increased presence of tanker vessels anchored off the coast of Southern California. pic.twitter.com/i6HuX6wxgn

The IEA’s Dr Birol revealed last week that around 60 million barrels of oil have been poured into these national reserves since the start of April – mainly in the US, China and India – while the volume of seaborne oil stockpiles increased by around 158 million barrels last month, the equivalent of the entire combined monthly output of Nigeria and the UAE.

But the risk of storage volumes reaching full capacity has now “dissipated”, according to the OIES, with the impact of global production cuts meaning the crude stock build has now peaked.

Lara adds: “The cuts in production and the slight increases in fuel demand are relieving pressure on storage, and if there are no major setbacks we should expect to see lower volumes added to stocks – and even withdrawals on a general basis.

“The importance of having available storage well above the normal levels is now clear, and I’d expect more tank capacity to be built in the coming years.”

All in all, there seems to be a cautious sense of optimism building that the very worst of the crisis has been overcome, with attention able to turn to the task of rebuilding.

Oil-producing countries and companies, which have had to make big compromises to address the impact of the health crisis, will hope the bleakest days are now behind them — but the prospect of a second wave of coronavirus looms large, jeopardising any attempt at a definitive outlook.

According to the IEA: “Oil production is reacting in a big way to market forces, and economic activity is beginning a gradual-but-fragile recovery.

“However, major uncertainties remain. The biggest is whether governments can ease the lockdown measures without sparking a resurgence of Covid-19 outbreaks. Another is whether a high level of compliance with the Opec+ agreement will be achieved and maintained by all the major parties.

“These are big questions – and the answers we get in the coming weeks will have major consequences for the oil market.”