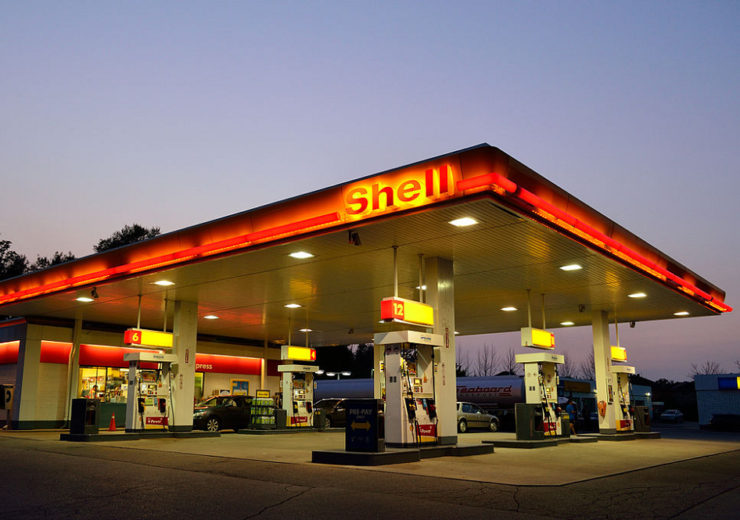 Royal Dutch Shell has cut its dividend for the first time since the Second World War (Credit: Wikimedia Commons/Raysonho)

Royal Dutch Shell has cut its first-quarter dividend by two thirds after an “extremely challenging” start to the year in which coronavirus has brought huge levels of disruption to global oil markets.

The Anglo-Dutch oil major’s earnings for the quarter fell by 46% compared to the same period last year, down from $5.3bn to $2.9bn.

Its dividend, known historically to be one of the biggest payouts to shareholders among FTSE 100 companies, has been cut from $0.47 per share to $0.16 – a 66% decline that mirrors the action taken by Equinor last week.

Oil companies the world over are taking evasive action to protect their finances, as the huge market pressures being exerted by the pandemic take their toll on operations, commodity values and demand for their products.

Wood Mackenzie says the dividend reduction will lower Shell’s payout from $15bn to $5bn, freeing up $10bn in capital with which to shield its balance sheet.

While UK major BP this week decided to maintain its full dividend to investors, Shell’s board chairman Chad Holliday said his team decided a similar approach for their company would be unwise, given the “risk of a prolonged period of economic uncertainty, weaker commodity prices, higher volatility and uncertain demand outlook”.

It is the first time the firm has reduced its dividend to shareholders since the Second World War.

Shell CEO Ben van Beurden added: “In March, we took decisive actions to reduce our spending, increase our liquidity and position our business to manage the deteriorating macroeconomic and commodity price outlook.

“Given the continued deterioration in the macroeconomic outlook and the significant mid- and long-term uncertainty, we are taking further prudent steps to bolster our resilience, underpin the strength of our balance sheet and support long-term value creation.”

Oil companies were already under pressure to address climate issues

Last month, Shell announced it would suspend its $25bn share buyback programme to “reinforce the financial strength and resilience” of the business during the pandemic – as well as cutting back capital spending by about $5bn.

Wood Mackenzie analyst Luke Parker says the $10bn that Shell will save by lowering its dividend payment is a “sensible” cash-saving measure to help it withstand the current oil market crisis.

He said: “The move is a sensible and prudent action to preserve cash in the face of huge macro uncertainty. We estimate the cut reduces Shell’s 2020 cash flow breakeven from $51 per barrel to $31 per barrel.”

Brent crude, the international benchmark, has been hovering well below $30 per barrel since last month, and last week dipped to below $16 per barrel – its lowest for two decades.

Analysts are hopeful of a rebound as the year progresses, however, with a recent note from UBS investment bank forecasting a recovery to $43 per barrel by the end of 2020, and the US Energy Information Agency (EIA) predicting an average price of $33 per barrel for the full year.

Oil markets have been battered by the effects of coronavirus, with the International Energy Agency (IEA) forecasting record-low demand this year, particularly during the next two months, while storage constraints and a global oversupply have contributed to the low-price environment.

All this is putting massive pressure on oil companies already strained by a changing policy environment in which governments and regulators are targeting measures to address climate change.

Earlier this month, Royal Dutch Shell announced plans to accelerate its push to become a net-zero emissions company by 2050, as part of an effort to futureproof the business to remain relevant in this changing landscape.

The shift will mean a greater focus on renewables and diversification away from fossil fuel products as it seeks to lower its carbon footprint.

Parker added: “A permanent dividend reset would help fund an accelerated strategic pivot to ‘Big Energy’ through the reinvestment of maturing oil and gas cash flow into the youthful zero-carbon energy sector.”