What is Burisma? The Ukrainian energy firm caught between US presidential rivals

The company was a focal point of President Donald Trump's impeachment trial over its connections to Democrat Joe Biden - and as the US election draws closer, it is in the spotlight once again 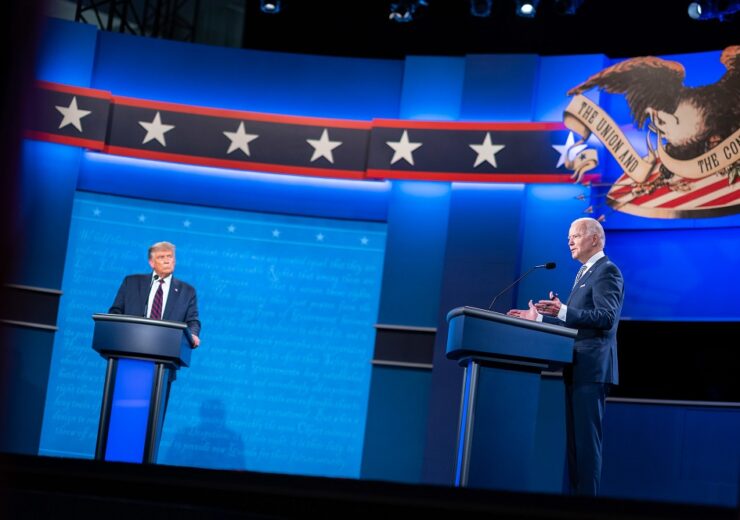 Biden and Trump have locked horns on the election campaign trail (Credit: Flickr/Adam Schultz/Biden for President)

The once little-known Ukrainian natural gas firm Burisma Holdings found itself thrust into the centre of a presidential impeachment storm earlier this year, over its ties to the son of former US vice-president Joe Biden.

The company’s name surfaced repeatedly throughout investigations into President Donald Trump’s conduct in office, amid allegations he attempted to coerce leaders in Ukraine into digging dirt on a potential rival in the upcoming US election.

Trump was ultimately acquitted of his impeachment charges, which comprised allegations of an abuse of power and the obstruction of Congress.

But with former vice-president Biden now battling Trump in the upcoming election, and a bitter campaign trail entering its final weeks, Burisma is once again in the spotlight.

Why is Burisma significant?

Biden’s son Hunter joined Burisma in 2014 as a board member — around the same time his father was serving under President Obama — holding the position for five years.

Trump argues for a conflict of interests — and even alleges corruption — between Hunter Biden’s role at Burisma and his father’s political activity in the country during the Obama administration.

Biden had been tasked by Obama with overseeing US political activities in Ukraine, primarily advocating for anti-corruption reforms in the country’s energy industry.

Critics called this an attempt to strongarm the country into discrediting a political opponent ahead of the 2020 election, with Biden considered by many at that time as the Democratic candidate most likely to challenge Trump.

Despite the impeachment acquittal, the discourse surrounding Trump, Biden and Burisma has not gone away – and amid all this furore, the energy company has skyrocketed into the public consciousness on both sides of the Atlantic.

What is Burisma Holdings?

He is a businessman who previously served in public office in the country, and one who has been the subject of fraud investigations — although never convicted.

The business — which is based in Kyiv (Kiev) but registered in Cyprus — is a holding company for several subsidiaries in the energy industry, including Esko-Pivnich, Pari, Persha Ukrainska Naftogazova Kompaniya, Naftogaz Garant, KUB-Gas and Astroinvest Ukraine.

It is one of the largest natural gas operators in Ukraine, as well as having further interests in Germany, Mexico, Italy and Kazakhstan.

According to the company, it produced 1.3 billion cubic metres (bcm) of gas in 2018, and while it does not disclose its financial results, estimates by news agency Reuters suggest this level of production could have generated revenues upwards of $400m.

In 2014, Hunter Biden — who was at a loose end having been discharged from the US Navy for a positive cocaine drug test — joined the board of Burisma, earning a reported monthly salary of $50,000.

At the time, Reuters cited a statement from Hunter Biden which appeared on the Burisma website, in which he said his role would be to help the company with “transparency, corporate governance and responsibility, international expansion” along with other issues.

His appointment raised a few eyebrows in political and industry circles, given his father’s position as Obama’s right-hand man, as well as Burisma’s chequered history and accusations of fraud against its owner.

Burisma had previously been the subject of anti-corruption probes by domestic lawmakers, while its owner Zlochevsky had been investigated by the UK’s Serious Fraud Office as part of a wider inquiry into claims of money laundering in the Ukraine — although this ended in 2018 due to “insufficient evidence”.

Many commentators have suggested Burisma’s hiring of Hunter Biden — along with other high-profile board members including former Polish president Aleksander Kwaśniewski and former CIA official Cofer Black — were an attempt to deflect attention from corruption investigations and restore some reputational value to its name.

Corporate fraud in Ukraine had become a key issue for vice-president Biden towards the end of the Obama era, and he actively campaigned for reforms in the country — singling out Ukrainian prosecutor Viktor Shokin in particular as an obstacle in the fight against corruption.

Pressure from Biden, alongside other international figureheads, eventually led to Shokin’s dismissal in March 2016 for, among other things, his failure to adequately investigate Burisma over claims of money laundering and tax evasion between 2010 and 2012.

All these factors constellated in the July 2019 phone call between Trump and Ukrainian president Volodymyr Zelensky, which became the focal point of the impeachment investigation and subsequent Senate trial.

A whistleblower complaint led US Democrats to launch their impeachment inquiry in September 2019, after it was alleged Trump pressured the Ukrainian leader to investigate both Joe and Hunter Biden to secure damaging information on them.

This was described during the impeachment hearings as a “quid pro quo” in return for the US providing a $400m military-aid package to support Ukraine in its conflict with neighbouring Russia.

It was argued that Trump was seeking to boost his chances against a political rival in the upcoming 2020 presidential elections — something that it is illegal to solicit foreign entities to do.

President Trump has himself argued the Bidens had a nefarious influence and conflict of interests in Ukraine, particularly in regards to the removal of Shokin from office.

Since the impeachment trial was concluded in February, former vice president Biden has become the Democratic challenger to Donald Trump in the 2020 presidential election – due to be held on 3 November.

It has been a bitterly contested campaign, defined largely by the two candidates’ differing approaches to the coronavirus pandemic – which has killed more than 200,000 Americans – as well as race relations and climate change.

Yet Burisma continues to feature in political discussions.

The president has not abandoned his claim that the Bidens’ exerted improper influence in Ukraine, while a months-long inquiry has been conducted by Senate Republicans seeking to prove illicit behaviour.

In an update to their investigation, published in September, Republican senators claimed “Hunter Biden’s position on Burisma’s board cast a shadow over the work of those advancing anti-corruption reforms in Ukraine”.

The report – dramatically titled “Hunter Biden, Burisma, and Corruption” – has been criticised, however, for a lack of compelling new evidence to support allegations of wrongdoing against the former vice president.

Democrats have described the probe as a “politically-motivated investigation” designed to “damage [Biden’s] prospects as a challenger to President Trump“.

Burisma’s time under the spotlight of US politics does not appear to be over just yet.