In a UK corruption trial, prosecutors for the UK Serious Fraud Office have detailed how former Unaoil associates gained influence over tenders for Iraq's oil expansion 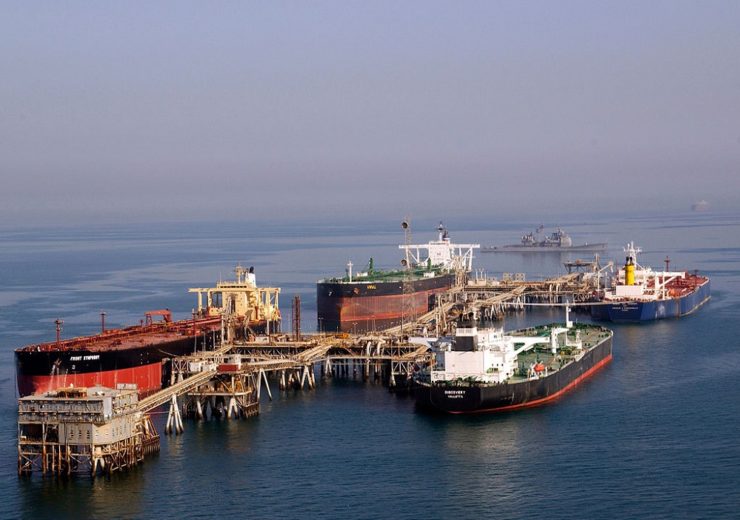 Unaoil executives developed a “formidable team of friends in high places” throughout southern Iraq as it positioned itself to fraudulently manipulate a tender process for oil infrastructure projects in the country, jurors heard in a bribery trial.

A series of emails between senior employees and associates of Unaoil, the Monaco-based energy consultancy at the heart of a sprawling international corruption investigation, were read out in court today (24 January), detailing the ways the company set about “making friends and influencing people” in the country.

Unaoil, which acted as an intermediary between Iraqi officials and corporate clients looking to do business in the country, has been accused of paying $6m in bribe money to senior government officials to land two separate industrial contracts worth $800m as part of the Iraq Crude Oil Export Expansion Project (ICOEEP).

Three former Unaoil associates are on trial for corruption in Iraq

Three British nationals – Ziad Akle, 45, Stephen Whiteley, 65, and Paul Bond, 68 – are charged with conspiracy to make corrupt payments in Iraq between 2005 and 2011. They all deny any wrongdoing.

The corruption case, which got underway at Southwark Crown Court in London yesterday, is being brought by the UK’s Serious Fraud Office (SFO), which has been investigating allegations of bribery by Unaoil and its associates since 2016.

The events took place against the backdrop of Iraq’s efforts to rebuild its crumbling oil and gas infrastructure in the wake of the US-led invasion, and overthrow of former leader Saddam Hussein.

A “master plan” infrastructure project was announced in 2007 to boost crude exports from 1.8 million barrels per day (bpd) to 4.5 million bpd.

Prosecuting on behalf of the SFO, Michael Brompton QC said the emails, most of which were seized by Monegasque authorities, provided a clear, real-time account of “the conspiracy in action”.

He said: “Well before the ‘master plan’ was published, it was well known that money was to be made available for an ambitious expansion scheme, and Unaoil started to position itself to take advantage of the opportunities likely to arise.

Ivan: ‘Our man in Basra’

Al Quoraishi – who also became known by the codename “Ivan” – was the key figure for the firm, occupying a senior role within Iraq’s South Oil Company and who the SFO says “sold information of a confidential nature” to Unaoil about the projects that were the subject of the oil expansion plan.

Mr Brompton said there was “considerable informal contact” between Al Quoraishi and Unaoil’s Iraq country manager Basil Al Jarah – who has also been the subject of the SFO’s investigations and pleaded guilty last year to conspiracy to make corrupt payments – with a “good relationship” developing between 2005 and 2007.

The prosecutor claimed Al Quoraishi’s willingness to get “fully on board” with Unaoil’s plans to manipulate the future tender process led to a job offer to work for the firm full-time – to become “our man in Basra” as Al Jarah put it.

But Al Quoraishi was ultimately to remain at South Oil Company and take on the role of project manager overseeing the entire Iraqi oil expansion project – one where he would be much better positioned to “exert influence on behalf of Unaoil”, argued Mr Brompton.

He added: “Al Jarah’s judgement as to Al Quoraishi’s usefulness as an SOC employee was correct.

“From this time on, in return for the money he was paid by Unaoil, he advanced Unaoil’s interests and fed it a stream of privileged information which gave Unaoil and its clients a considerable advantage over their competitors, enabling it in due course to win out over those competitors.

“The first important stage in that long and complicated process was the provision of vendor lists for the various ICOEEP packages.”

The SFO alleges that before the formal tendering process for these projects had begun, Al Quoraishi in 2008 leaked the provisional vendor lists to Unaoil – documents which included the names of suppliers and contractors that would later be approached by Foster Wheeler to bid for different projects in the Iraqi oil expansion.

This enabled Unaoil to add friendly suppliers, remove hostile ones and make early approaches to those with which it wished to collaborate.

The “inside information”, Brompton argued, was an “excellent advertisement” for the firm – demonstrating the value of its services to potential clients.

Rather than taking “Ivan” on as a Unaoil employee, the consultancy’s executive team instead decided to pay him a retainer for his services within the beating heart of the ICOEEP – with emails showing this began at $2,000 per month but later rose to $6,000 per month once his influence began realising material value in securing new clients.

A friend in a nest of vipers

Another key figure in this drama was Dhia Jaffar Al Mousawi – referred to by the nickname “Lighthouse” in the emails cited by the SFO.

He was the director-general of SOC until 2015, when he was promoted to become Iraq’s deputy oil minister.

Jurors heard how Al Mousawi – a “longstanding” associate of Unaoil from at least 2005 – was described by Al Jarah as being “politically well-connected”, holding private meetings with the Iraqi prime minister when visiting Basra.

News of his appointment to SOC director-general in 2008 was celebrated among the Unaoil hierarchy, with an email from founder Ata Ahsani calling it “fantastic news” that would “change the dynamic” for the company in Iraq.

Mr Brompton said the help given to Unaoil by “Lighthouse” – mostly face-to-face meetings in which information was exchanged – led to him being described by Al Jarah as a “friend in a nest of vipers”.

A $1,500 wall-mounted TV and string of shopping trips worth between $1,000 and $2,000, the prosecutor added, were “unlikely” to have been the only sweeteners he received in return for his assistance.