Aurora Energy Research said hydrogen could play a “significant role” in addressing “hard to abate” sectors such as industry, heating and heavy-duty transport, as well as balancing variable renewables 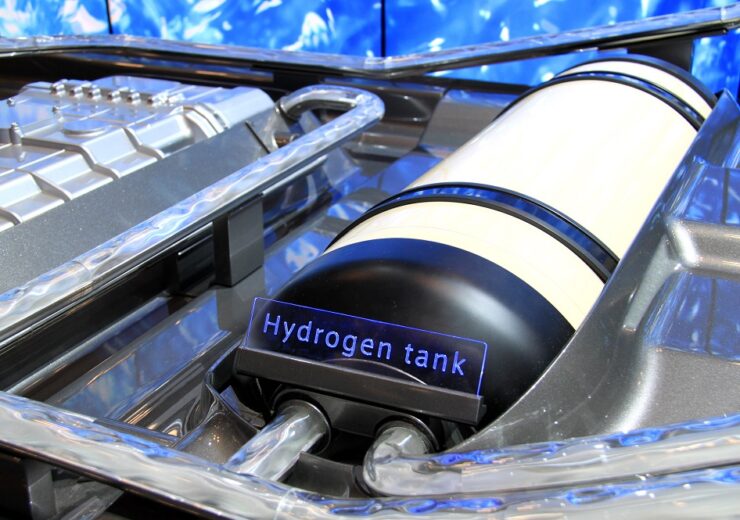 Aurora Energy Research said demand for hydrogen could grow from 327 terawatt-hours (TWh) today to as much as 2,500 TWh a year by 2050 (Credit: Flickr/Joseph Brent)

The hydrogen industry could be worth more than €120bn ($141bn) in Europe by 2050, with Germany emerging as the “most favourable market for electrolysers”, claims a report.

The analysis by data and analytics firm Aurora Energy Research said that with the UK and Europe legislating net-zero emissions targets for 2050, hydrogen could play a “significant role” in addressing “hard to abate” sectors such as industry, heating and heavy-duty transport, as well as balancing variable renewables.

It added that demand for hydrogen could grow from 327 terawatt-hours (TWh) today to as much as 2,500 TWh a year by 2050, which could equate to more than €120bn in annual sales of the fuel.

Anise Ganbold, head of global commodities at Aurora Energy Research, said in the past year-and-a-half, the buzz around hydrogen has been “picking up quickly”.

“Hydrogen from low-carbon sources could play a key role in decarbonising Europe’s heaviest polluters, and some projects are already underway,” he added.

“Currently, the European market for hydrogen is small, and limited largely to oil refineries and ammonia for fertilisers.”

“To decarbonise Europe by 2050, significantly more investment will be needed into all segments of the hydrogen supply chain,” he added.

“Our analysis concludes that Germany is now the leader in Europe, based on its developed policy, strong hydrogen demand outlook and significant growth in renewable electricity generation.”

Aurora notes that the UK, Netherlands and Norway are “attractive locations for blue hydrogen” as all three countries have policies favouring gas use as well as carbon capture and storage (CCS).

It added that Britain is yet to define a hydrogen strategy and “suffers from higher regulatory barriers for hydrogen deployment” compared to other European countries.

The fuel is already used extensively in industrial processes such as ammonia production and refineries, with total European demand of 327 TWh concentrated in Germany, the Netherlands and France.

It added that since defining net-zero targets in legislation, governments around Europe have “turned significant attention” to the potential of shifting towards low-carbon sources of hydrogen, which can be produced either from electrolysis of water or from natural gas with CO2 capture.

The European Commission published a hydrogen strategy in July 2020 setting out a vision for widespread use of hydrogen in meeting net-zero targets, including a goal of 40 gigawatts (GW) of electrolysers by 2030.

EU Member States including Germany, the Netherlands, France, Spain and Portugal have also defined national strategies for hydrogen, with Germany displaying the “most ambition for the technology to date”, according to Aurora.

The researcher believes there could be “significant demand” for low-carbon hydrogen in industry, with this alone doubling current demand to up to 700 TWh by 2050.

In the 2030s and 2040s, the report notes that there is potential for hydrogen use in transportation – particularly in heavy duty vehicles such as buses, trucks, trains and potentially planes – and replacing natural gas for heating.

As well as establishing the likely scale of hydrogen demand, Aurora’s analysis identifies the most attractive markets for hydrogen market development across Europe – based on analysis of the policy, demand and supply drivers as well as availability of necessary infrastructure such as pipelines and hydrogen storage.

Its Hydrogen Market Attractiveness Rating (HyMAR), which ranks countries according to this cross-section of indicators on a biannual basis, finds that Germany offers the “most attractive market for hydrogen development at present”.

The nation currently has the highest usage of hydrogen across Europe at more than 70 TWh, which is more than one fifth of the European total.

It released an ambitious hydrogen strategy earlier in 2020, with planned incentives for hydrogen production and usage in industry and a focus on renewables-derived hydrogen.

The report notes that Germany also has access to “significant salt cavern capacity”, which can be used for hydrogen storage, and is already a “cornerstone of the European gas grid”.

It added that future development in green hydrogen production will be facilitated by “strong growth” in solar and wind capacity in the coming years.

But Aurora believes that until Germany’s coal phase-out is completed in 2038, it remains the case that hydrogen produced from grid electricity represents a “relatively carbon intensive fuel”, and there is a risk that rapid growth in hydrogen uptake in the short term could “perversely increase emissions”.

The report identified the Netherlands, UK and Norway as “strong markets” for both green and blue hydrogen – and said those countries are taking a more “technology-agnostic stance” than Germany or the European Commission on how hydrogen should be produced.

It added that all three countries have a long history of natural gas production, while the UK and Netherlands have extensive usage of natural gas in heating, which could in the future be shifted towards hydrogen.

All three countries have “significant potential” for CCS, and a supportive policy environment towards this technology, according to Aurora.

While the UK is yet to define a hydrogen strategy, it has already consulted on possible business models and incentive schemes for CCS and hydrogen – and further details are expected to emerge in early 2021.

The analysis notes that Norway is the furthest ahead within Europe in terms of the adoption of fuel cell electric vehicles, including the region’s first fleet of hydrogen trucks.

It added that France, Spain and Portugal look “likely to emerge as leaders” in green hydrogen production, facilitated by a “rapid and extensive rollout” of wind and solar generation capacity.

Aurora expects solar capacity in Spain to increase more than five-fold between 2020 and 2040.

It said this is likely to lead to longer periods of low power prices, which “improves the economics of hydrogen production through electrolysis by lowering running costs”.

The report highlights that France is targeting 6.5 GW of electrolysers by 2030, with €7bn ($8.2bn) earmarked for green hydrogen projects and is exploring hydrogen production from nuclear.