Despite coronavirus market pressures squeezing operations, Glencore says capital spending adjustment will position it well to navigate the challenges ahead. 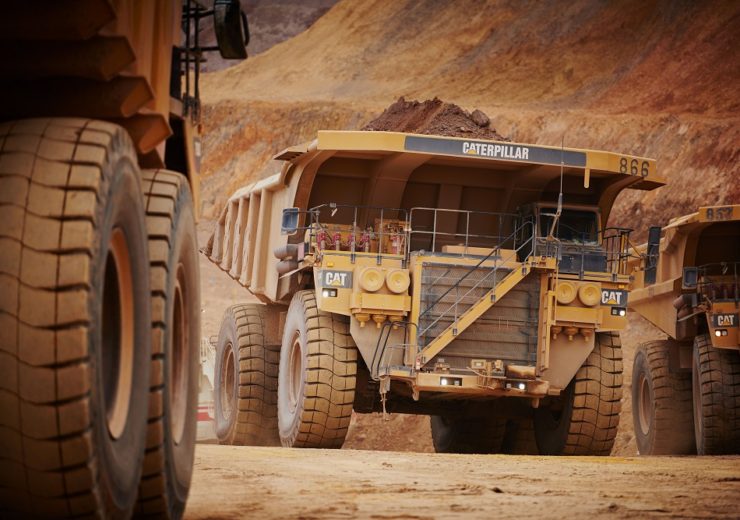 Copper and cobalt operations in DRC have been halted by the Mutanda project closure (Credit: Glencore)

Glencore has lowered its capital spending plans for the year ahead amid the economic downturn that has enveloped global commodity markets since coronavirus began its spread around the world.

The Swiss mining giant has revised its 2020 capex investments down from a previous forecast of $5.5bn to between $4bn and $4.5bn, with project deferrals, foreign exchange rates and low fuel prices all playing into the reductions.

Earnings guidance for the year from its marketing business remains within the previously estimated $2.2bn to $3.2bn range – thanks, the firm said, to opportunities emerging from the “volatile and complex commodity trading environment”.

Full-year production guidance across all key commodity classes has been trimmed to some degree, reflecting the impact of business interruptions caused by coronavirus and the various lockdown measures imposed in the regions Glencore is active.

The move to slash spending follows in the footsteps of rival miner Anglo American, which last week announced a $1bn reduction to capital expenditure, and a further $500,000 reduction in operating costs.

At the end of last month, Glencore deferred its decision on whether to proceed with its $2.6bn dividend payment to shareholders, with chairman Tony Hayward saying the board was taking a “cautious approach to protect our capital structure amid the current period of extreme uncertainty”.

Company chief executive Ivan Glasenberg said: “The global impact of the Covid-19 pandemic is an unprecedented challenge for individuals, governments and companies alike.

“Disruptions to our business have, to date, been manageable and the majority of our assets are operating relatively normally.

“Given our strong liquidity position and resilient business model, we are well-positioned to navigate the current challenges.”

In its quarterly trading update, the mining giant noted that production costs for some of its key commodities had fallen during the pandemic, with the oil price crash of recent months playing a significant role in lowering operational costs.

Copper and zinc, for example, are both being produced at a lower cost guidance than had been previously forecast, at $1.05 and $0.14 per pound respectively.

Copper production during the first quarter was down 9% compared to the first three months of 2019 to 293,000 tonnes, largely due to the closure of its Mutanda operation in the Democratic Republic of Congo.

Closure of the facility also impacted cobalt production, which declined 44% year-on-year from 10,900 tonnes to 6,100 tonnes.

Coal production fell 4% during the quarter to 31.9 million tonnes, with “operating challenges” at its South Africa operations attributed to the decline alongside mining sequencing in the Australian coking portfolio.

Zinc output was up, however, climbing 13% in the three-month period to 33,300 tonnes thanks to higher production at its Iscaycruz Peruvian mining operation.