Why the mining industry must continue to embrace renewable energy

A recent BloombergNEF report says that although renewable energy procurement is growing in the mining industry, more can be done to maximise its benefits 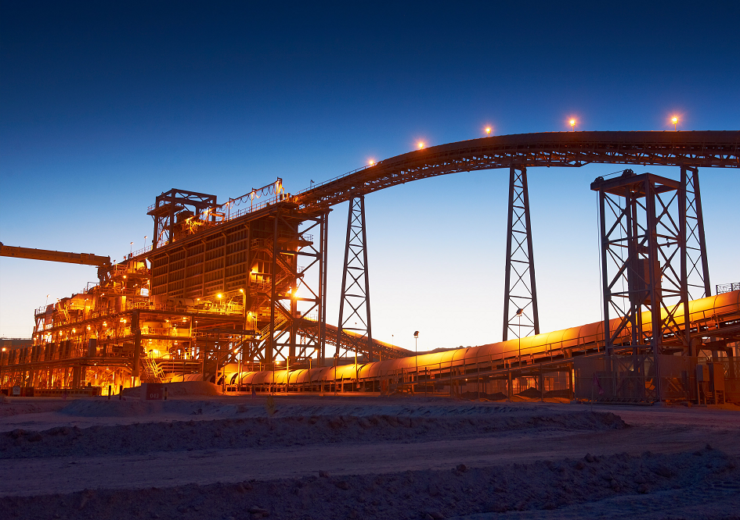 While responses to the worsening impact of the coronavirus outbreak are currently dominating corporate agendas, the urgency of the renewable energy transition remains a key issue for the mining industry and the investors that uphold it.

Miners are collectively responsible for 22% of global industrial greenhouse gas emissions, and pressure from customers, shareholders and regulators to lower this has been growing.

No mean feat for these power-hungry extractive giants, which devour 6% of the world’s energy demand as they move rock and earth to unlock the metals and minerals used in manufacturing process of all shapes and sizes.

The paradox is that it’s these commodities – copper, gold, lithium, cobalt and so on – on which the clean energy switch depends, with them used in the manufacture of new technologies that could one day replace fossil fuels in the global energy mix.

Nevertheless, the mission is clear, echoing around the world in the halls of government, commerce and education: Heavy industry needs to accelerate the pace of the energy transition before irreversible damage is done to the environment.

A recent BloombergNEF report acknowledges the progress made towards embracing renewable energy in the mining industry, noting, in particular, the recent acceleration towards clean power sources for their energy-intensive extractive processes.

It states: “Clean energy procurement by miners has accelerated to unprecedented levels in the last two years, as the drop in the cost of wind and solar power has made this an increasingly attractive pathway to decarbonise operations.

“Miners have contracted for 5.9 gigawatts (GW) of clean energy in the last decade – three-quarters of which was signed up in the past two years.

“Big conglomerates have been driving this activity, such as BHP, which last year said renewables will power 100% of its largest copper operations in Chile by 2025.

“Rio Tinto has similar ambitions, announcing a plan last month to invest $1.5bn to reach net-zero Scope 1 and 2 emissions by 2050.”

The regulatory landscape is changing

From a regulatory and risk mitigation point of view, investment by mining companies into more renewable energy sources makes sense too.

Governments around the world are gradually beginning to enact legislation designed to bring their economies in line with the goals of the Paris Agreement – targeting net-zero emissions by 2050 in a bid to limit global warming to 1.5 degrees Celsius.

Companies across all industries will have to adapt to these new rules and regulations if they wish to remain compliant in their areas of operation.

For one, the increased regularity of extreme weather events will disrupt operations and infrastructure, while changing market sentiment will put pressure on emission-heavy firms to make changes – or risk losing access to finance as investors take a stand on environmental issues.

More than 20 miners, including international giants Glencore, Rio Tinto, BHP, Vale and Anglo American, have signed up to the Task Force on Climate-related Financial Disclosures (TCFD).

From the investor perspective, the emphasis is also changing , perhaps most notably with the move earlier this year by BlackRock – the world’s largest asset manager with $7.4tn on its books – to say it will divest from companies not aligned with the policy goals of the low-carbon energy transition.

Other shareholder groups are espousing the same demands, from charity endowments concerned about how their money is being used, to the Australasian Centre for Corporate Responsibility, which last year caused a stir at BHP’s annual general meeting with a shareholder resolution demanding the miner cut its ties with fossil fuel-focused lobbyist groups.

“Investors will play a big role in accelerating activity,” BloombergNEF states. “The sustainable debt market is now worth more than $1tn, with major asset managers and institutional investors like BlackRock committing to divest from companies that are not aligned with a low-carbon transition.

“Increasingly, mining companies have to engage in decarbonisation in order to access capital.

“Solar and wind are still just a small fraction of the energy used by the industry today. Miners have been much slower in adopting renewables than other corporates.

“For instance, Google alone has procured more clean energy than the entire mining sector in the last decade.”

Other big tech giants have also taken steps to reduce their carbon footprints, with Microsoft announcing plans to use exclusively renewable power by 2025 as it seeks to become carbon negative by 2050.

Amazon too, has made significant investments into renewable energy – particularly wind and solar – to run its power-hungry data centres.

The financial incentives for miners to accelerate this low-carbon switch are clear too, according to the report, with the opportunity to reduce overall electricity costs by up to a quarter through leveraging solar, wind or batteries on-site.

Such a tactic could appeal especially to miners in countries like South Africa, Zimbabwe and Australia, where grid or fuel access is often difficult, expensive, or unreliable.

BloombergNEF explains: “Solar and wind are the cheapest forms of new generation capacity in two-thirds of the world.

“This means miners can negotiate off-site, long-term PPAs at lower prices than thermal generation. It also allows them to sidestep the volatility of energy markets.

“PPAs are the preferred clean energy procurement mechanism for miners. Many deals are structured as so-called sleeved contracts, in which a utility or energy retailer pulls from a portfolio of clean-energy projects to deliver round-the-clock electricity to mines.

“This model has proven effective in Chile, the leading country for renewable energy in mines. It allows companies like BHP or Anglo American to meet 100% renewable energy targets without forfeiting reliability.”