Solar and wind-focused renewable energy projects will generate 300MW of clean power for Amazon data centres in Australia, Europe and the US 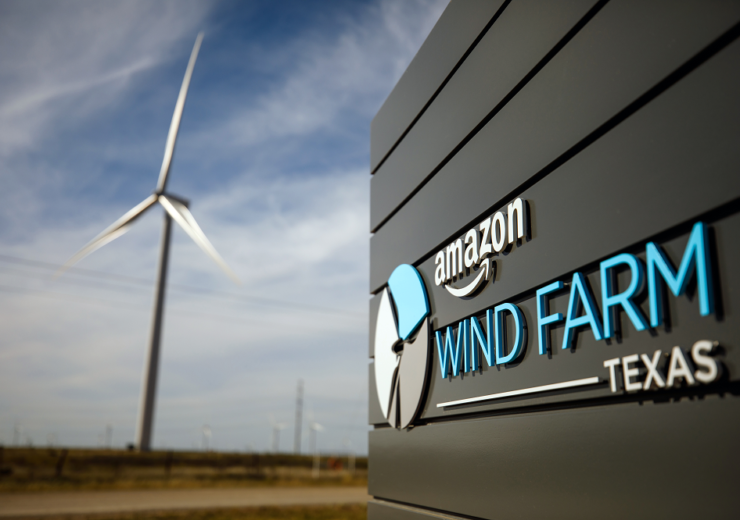 Tech giant Amazon has accelerated its push to reach net-zero emissions by 2040 with the announcement of four new renewable energy projects with a combined capacity of 300 megawatts (MW).

The solar and wind ventures, located in Australia, Europe and the US, are expected to produce around 840,000 megawatt-hours (MWh) of clean energy annually, supplying renewable electricity to the grids that serve its power-hungry data centres and office buildings.

These new schemes add to Amazon’s existing 26 utility-scale wind and solar projects that will generate more than 2.2 gigawatts (GW) of renewable capacity and deliver more than 6.2 million MWh of clean energy annually once fully operational.

Major tech companies have taken significant steps to reduce their carbon footprints by installing green energy infrastructure to power their operations, with Microsoft committing in January to be exclusively renewable power-dependent by 2025.

The online retailer and data services company has set out a policy to reach net zero 10 years ahead of the Paris Agreement’s 2050 schedule, a goal enshrined in its Climate Pledge policy launched in 2019.

“In addition to the environmental benefits inherently associated with running applications in the cloud, investing in renewable energy is a critical step toward addressing our carbon footprint globally.”

Wind and solar ventures planned for Australia, Europe and the US

Amazon’s latest plans include a 60MW solar project in New South Wales, Australia, which is expected to come online next year with an annual electricity generation capacity of 142,000 MWh.

Two of the new renewable ventures will be located in Europe, serving power grids in Spain and Sweden.

A 50MW solar farm will be built in Zaragoza, expected to begin operations in 2021, while in Sweden a 122MW onshore wind project in Västernorrland will supply clean power from 2022 onwards.

Finally, a 65MW solar facility is being planned for the US in Halifax County, Virginia – marking Amazon’s eleventh renewable energy project in the state.

It is expected to produce more than 150,000 MWh of green electricity annually.

Vast data centres such as those used by Amazon to power its computing infrastructure and host cloud services demand huge and constant supplies of electricity to keep them running smoothly and securely.

The International Energy Agency estimates that data centres consume about 1% of the world’s entire electricity supply – and as more and more critical processes become digitised, this figure is destined only to increase.

With that in mind, large tech companies like Amazon and Microsoft are taking steps to secure renewable sources of power as they seek to keep investors happy by demonstrating a commitment to reducing their carbon emissions and tackling climate change.