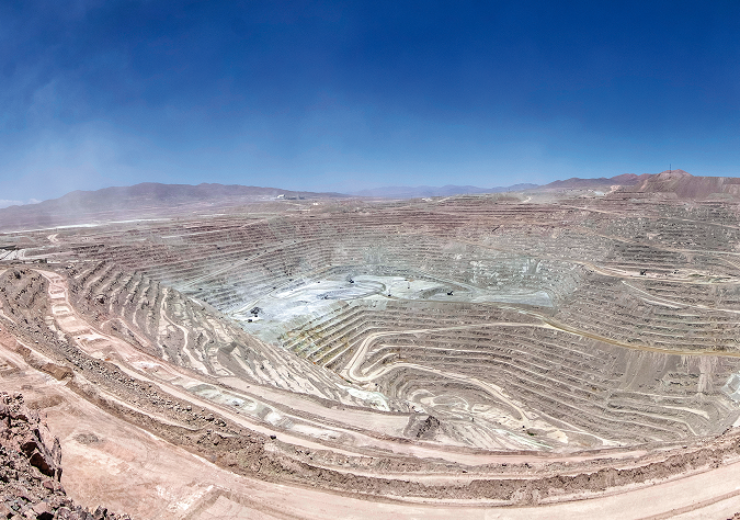 The Escondida mine is the world’s largest copper deposit located in Northern Chile (Credit: BHP)

BHP has moved to make a renewable energy switch at two of its largest copper mines in Chile as it seeks to reduce its reliance on fossil fuels for power generation.

The Anglo-American miner said it had signed four new renewable power agreements that would meet operational demand at its Escondida and Spence copper projects in the country, and transition both fully to green energy by the mid-2020s.

From 2022 onwards, the switchover will have the effect of displacing three million tonnes of carbon dioxide (CO2) annually – the equivalent of the yearly emissions of around 700,000 combustion engine cars.

President of BHP Americas Daniel Malchuk said: “These new renewable energy contracts will increase flexibility for our power portfolio and will ensure security of supply for our operations, while also reducing costs and displacing CO2 emissions.

“From a commercial perspective, these contracts will deliver an estimated 20% reduction in energy prices at Escondida and Spence operations.

“Good business considers the financial and social value in making decisions in the long-term interests of shareholders.

“This is an important step in our transition to sustainable energy use over the medium term in Chile.

“Our path to 100% clean energy in Chile began earlier this decade when the Kelar power plant environmental permit was switched from coal to gas, enabling power supply from lower emission sources.”

ENEL will begin its collaboration in August 2021 and Colbún in January 2022.

The miner said it will make a $780m provision in its December half-year financial results to account for the cancellation of the existing contracts which supply coal power to the two copper projects.

BHP is also investing in water desalination in Chile

BHP also provided an update on how it is addressing the issue of ground water at its Chilean copper mining operations, saying a new 1,000 litre desalination plant at the Spence facility will come online in 2020, allowing workers to use desalinated water as their main source of water supply.

Malchuk added: “Water is critical to our operations in Chile and to the communities where we operate in the Atacama Desert.

“In addition to our new desalination plant at Spence, we have also invested more than $4bn in Escondida’s desalination facilities to further our progress to eliminate groundwater usage in Chile by 2030.”