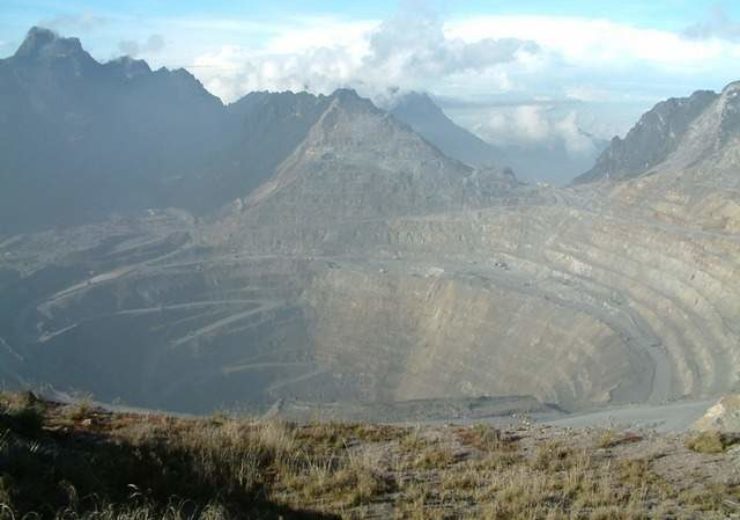 The naturally occurring metallic element is found in the Earth’s crust in various forms. Copper finds use in various industries, such as electrical, electronics and communications, construction and transportation.

Located in the arid, northern Atacama Desert of Chile, the Escondida copper mine is owned by BHP-Billiton and Rio Tinto holding stakes of 57.5% and 30%, respectively. The remaining stake is held by Japan Escondida.

The mine came on-stream in late 1990. With a production capacity of 1,370 thousand metric tons as of July 2018, the Escondida copper mine is one of the deepest open-pit mines in the world. Copper concentrate is produced from sulphide ore of the mine through floatation.

Located in the Papua province of Indonesia, the Grasberg mine is the second biggest copper producing mine in the world. The Grasberg mineral deposit was discovered in 1988. Open-pit mining operation began in 1990.

The mine is owned and operated by Freeport Indonesia (PTFI), a subsidiary of US-based Freeport-McMoRan Copper & Gold (FCX). With a production capacity of 700 thousand metric tons, it is one of the deepest open-pits in the world.

In December, Indonesian state-owned enterprise PT Indonesia Asahan Aluminium (Persero) (PT Inalum) closed the $3.85bn transaction to become a majority stakeholder in the Grasberg mine.  Rio Tinto previously held a 40% participating interest in the mine.

The Detroit Copper Company began mining at Morenci in 1872. Copper Queen Consolidated Mining bought the property in 1885, with the company name changed to Phelps Dodge in 1917.

Ninety years later in March 2007, Phelps Dodge merged with Freeport McMoRan Copper & Gold. The mine has a production capacity of 520 thousand metric tons,  according to ICSG report.

Located in Sonora, Mexico, the Buenavista del Cobre mine is also known as Cananea. It is also one of the world’s biggest copper mines by reserve. Opened in 1899, Cananea is one of the oldest open-pit mines in North America.

The mine extracts the porphyry copper deposit lying within the southern Cordilleran region. An on-site concentrator is used to refined ore mined at Cananea.  The concentrate output is transported to the smelter at La Caridad by rail.

The mine is currently owned and operated by the Southern Copper Corporation (SCC), a subsidiary of Grupo Mexico. The output from the mine was  510 thousand metric tons.

It is located in northern Chile, about 180km southeast of the port of Iquique, at an altitude of 4,000m. The Collahuasi copper mine was commissioned in April 1999.

Collahuasi is based on a typical low-grade copper porphyry, consisting of three ore zones: the major Ujina and Rosario deposits consisting of secondary, enriched sulphides and oxides and the Huinquintipa oxide deposit. The mine produced 504 thousand metric tons.

The open-pit mine is located 32km southwest of Arquepica, Peru.  The Cerro Verde mine includes three concessions namely Cerro Verde 1, 2 and 3, consisting of approximately 20,825ha, which include Santa Rosa, Cerro Verde and Cerro Negro deposits.

The ore-body of the Cerro Verde open pit is accessed through three vertical shafts and a decline. It was estimated to contain 12.9Mt of recoverable copper at the end of 2012. Freeport-McMoRan (FCX), holding a 53.56% interest, is the operator of Cerro Verde.

Other stakeholders of the mine include SMM Cerro Verde Netherlands, a subsidiary of Sumitomo Metal (21%), Compañia de Minas Buenaventura (19.58%) and public shareholders (5.86 %). The mine’s output was 500 thousand metric tons.