Top mining companies in the US

As mining is one of the important sectors, mining companies in the US play a key role in the country's economic activity 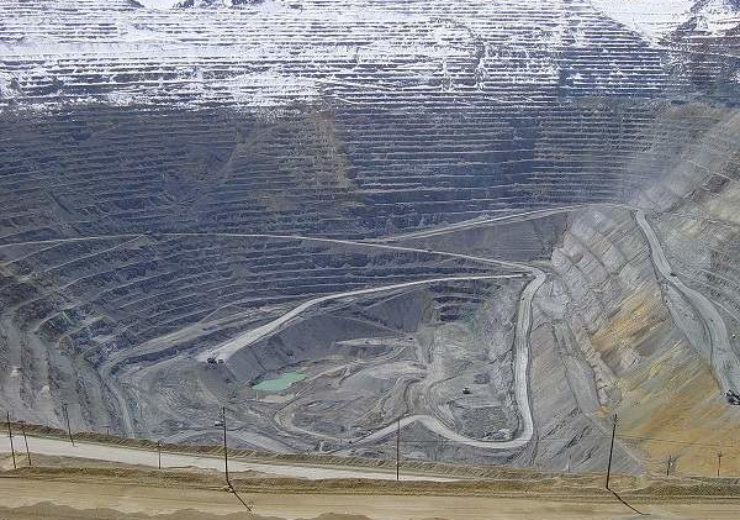 The US mining companies supplies coal, metals, industrial minerals, sand, and gravel to businesses, manufacturers, utilities and others. A significant amount of power generated in the country is from coal.

The US mining industry’s activities include extraction, beneficiation, and processing of naturally occurring solid minerals from the earth.

The mined minerals consist of coal, metals such as iron, copper and industrial minerals such as potash, limestone, and others.

The US is one of the leading producers of coal across the world.

Here is the list of top US mining companies:

With headquarters in Phoenix, Arizona, Freeport-McMoRan is one of the top US mining companies. The company operates geographically diverse assets with significant proven and probable reserves of copper, gold and molybdenum.

It has major mining operations in North America and South America, including the Morenci minerals district in Arizona and the Cerro Verde operation in Peru.

Its assets also include the Grasberg minerals district in Indonesia, which is one of the world’s largest copper and gold deposits.

Freeport-McMoRan earned a revenue of $16.4bn in 2017. The company recorded consolidated copper sales of  3.7 billion pounds in 2017.

It is one of the largest producers of bauxite in the world. The company has ownership in seven active bauxite mines globally, according to its website.

The company’s bauxite reserves are located across Australia, Brazil, Guinea and Saudi Arabia. Strategically located near key Atlantic and Pacific markets, its global network includes the Huntly mine in Australia, which is one of largest bauxite mines in the world.

Alcoa earned a revenue of $11.7bn for the year ending 31  March 2018. It is also a major producer of primary aluminium, fabricated aluminium, and alumina.

The company’s alumina refineries include Alumar reﬁnery in Brazil and at Wagerup and Pinjarra reﬁneries in Western Australia.

With a revenue of $7.3bn in 2017, Newmont Mining is a gold producer with significant operations in the US, Australia, Peru, Ghana and Suriname.

As of 31  December 2017, the company possessed attributable proven and probable gold reserves of 68.5 million ounces and an aggregate land position of approximately 60,000km2.  The company’s corporate headquarters is in Greenwood Village, Colorado, US.

Newmont mining recorded  gold production of 5.7 million ounces  in 2017.  Its copper production from was 113 million pounds.

As of 31 December last year, It had 2,670 million attributable pounds of proven and probable copper reserves. Newmont and Newmont subsidiaries employed nearly 12,547 people.

Founded in 1952, Southern Copper is among the top US mining companies. The company post a revenue for $6.6bn for the year ending 31 December 2017.

Its copper ore reserves, calculated at a copper price of $2.90 per pound, totaled 70.6 million tons of contained copper.

It operates the Toquepala and Cuajone mines high in the Andes Mountains, nearly 860km southeast of the city of Lima, Peru. To double its zinc production capacity, the company is investing $413m in Buenavista Zinc, located within the Buenavista facility in Mexico.

The project involves the development of a new concentrator, which is expected to begin operations in 2020.

Southern Copper is also involved in $1.2bnn Toquepala Expansion Project, Tacna. The project includes a new concentrator which is expected to  increase Toquepala’s annual copper production by 100,000 tons to reach 245,000 tons in 2019.

Serving power and steel customers in over 25 countries on six continents, Peabody Energy is a global pure-play coal company.

With a revenue of $4.2bn in 2017, it is one of the top US mining companies. It owns stakes in 23 coal mining operations located in the US and Australia.

Peabody holds a 50% stake in Middlemount Coal (Middlemount), which owns the Middlemount Mine in Queensland, Australia.