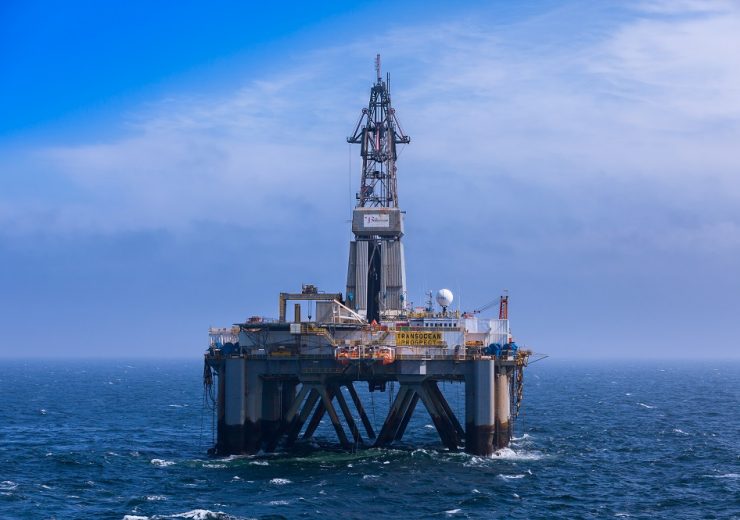 Critics of the deal have called on the government to set an end date for fossil fuel extraction in the UK (Credit: Arild Lilleboe/Shutterstock)

The UK government will support continued oil and gas exploration in the North Sea following a sector deal struck between industry and policymakers, despite the country’s plans to transition to net-zero emissions by 2050.

Announced today (24 March), the North Sea Transition Deal aims to help the sector, along with the workers and supply chains that depend on it, operate with lower carbon intensity – with funding being made available to support a 50% emissions reduction from production activities by 2030.

Up to £16bn will be provided over the next decade to help the industry reach this target – with £3bn allocated to carbon capture and storage programmes, and the replacement of fossil-based power sources with renewables respectively; along with £10bn for the development of hydrogen production technologies.

Meanwhile, drilling licences will continue to be issued for future exploration, but “only on the basis that they are compatible with the UK’s climate change objectives”.

To test this suitability, the government will establish a “climate compatibility checkpoint” before each future oil and gas licensing round to ensure licences awarded are aligned with wider climate goals.

These initiatives will make judgements based on domestic oil and gas demand, projected production levels, the progress of alternative clean energy technologies and the sector’s progress against its decarbonisation objectives.

Policymakers say these “dynamic checkpoints” will enable the assessment of ongoing domestic need for oil and gas, while expecting concrete action from the sector on decarbonisation.

“If the evidence suggests that a future licensing round would undermine the UK’s climate goals or delivery of net zero, it will not go ahead,” the Department for Business, Energy & Industrial Strategy said in statement.

Business and energy secretary Kwasi Kwarteng added: “We will not leave oil and gas workers behind in the UK’s irreversible shift away from fossil fuels.

“Through this landmark sector deal, we will harness the skills, capabilities and pent-up private investment potential of the oil and gas sector to power the green industrial revolution, turning its focus to the next-generation clean technologies the UK needs to support a green economy.”

Jonathan Marshall, head of analysis at the UK’s Energy and Climate Intelligence Unit (ECIU), said the failure to set a concrete end date for the extraction of North Sea fossil fuels is a “glaring omission” from the government’s plans.

Policymakers in Denmark recently introduced such a measure for its portion of the North Sea, voting to immediately end new offshore exploration as part of a plan to phase out all extraction by 2050.

“A bold announcement on ending oil and gas extraction in the North Sea while supporting jobs and workers through the transition would have made waves comparable to plans to stop generating electricity from coal and ending the sale of petrol and diesel cars,” Marshall added.

A just transition for UK oil and gas workers

The North Sea industry has been calling on the government to support it through the energy transition throughout the past year, as the sector reckons with the pressures of net-zero targets, dwindling hydrocarbon reserves, and the pandemic-triggered market crisis last year which has put as many as 30,000 offshore jobs at risk.

There have also been strengthening calls for a “just transition” for workers in the industry, much of which is based around the Aberdeen region of Scotland as well as north-east England, to help them find new roles and ways to use their skills as the UK prioritises a greener energy system.

“This agreement provides a solid platform for a just transition to net zero,” he said. “It clearly signposts how central energy transition is to the government’s thinking, in terms of economic recovery and in the run up to COP26.

“The deal, and the commitment to climate-compatible future licensing rounds, should provide confidence for investors along with the many thousands of people whose livelihoods depend on the North Sea.”

Green campaigners were left unimpressed, however. Mel Evans, head of Greenpeace UK’s oil campaign, labelled the refusal to rule out new licensing rounds a “colossal failure in climate leadership” ahead of the UK’s hosting of the COP26 climate summit later this year.

“A better proposition for workers and communities would be for the government to confirm a ban on new licences, and put all its energies into a nationwide programme of retraining, reskilling and investment in renewables and green infrastructure,” she added.

Friends of the Earth Scotland’s just transition campaigner Ryan Morrison said the North Sea Transition Deal “badly fails workers and communities by failing to plan for a well-managed and just transition in line with climate science”.

He added: “The government must set an end date for oil and gas extraction in the UK and focus on engaging with workers and communities to build a plan for a new renewable energy future, backed up by investment from redirecting the vast public subsidies going to fossil fuels, to build a socially just zero-carbon economy.”