The UK has the world's largest project pipeline for offshore wind, with installed capacity expected to reach 40GW by the end of the decade 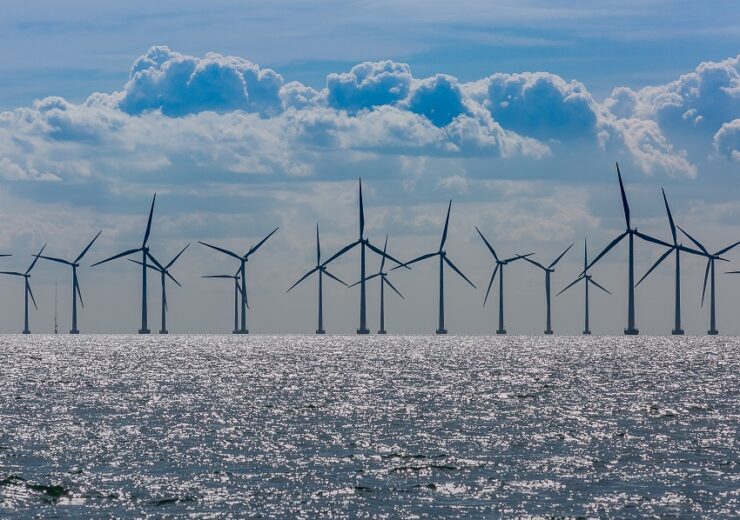 The UK is on track to meet its target of 40GW offshore wind capacity by 2030 (Credit: Masha Basova/Shutterstock)

A flurry of wind power investments will help the UK double its renewable energy capacity by 2026 – four years sooner than its target date for doing so.

Total installed capacity of solar and wind power sites will climb to 64 gigawatts (GW) within the next six years, according to an analysis by research group Rystad Energy.

Over that period, offshore wind is expected to overtake onshore wind as the country’s dominant source of renewable electricity generation, rising from 10.5GW today to 27.5GW.

By 2030, it is expected to hit almost 40GW, in line with government targets.

Onshore wind capacity will continue to grow steadily, however, from 13.5GW to 24.3GW, while installed solar photovoltaic capacity will increase from 8.9GW to 12.3GW.

“The expected rapid deployment of offshore wind will require a substantial increase in the size of turbines, which implies a need for major expansion of UK manufacturing capacity,” said Gero Farruggio, head of renewables at Rystad Energy.

Research published by Renewable UK, a trade association for wind and tidal power industries, shows the UK is outpacing China as home to the world’s largest pipeline for offshore wind projects, totalling 41.3GW – a 12% increase since the start of the year.

Prime Minister Boris Johnson recently called for the UK to become the “Saudi Arabia of wind power” as it accelerates its ambitions to reach net-zero emissions by 2050 – adding that offshore wind is capable of delivering “more than enough electricity to power every home in the country”.

“Our seas hold immense potential to power our homes and communities with low-cost green energy, and we are already leading the way in harnessing its strengths,” he told a recent Conservative Party conference.

Renewable UK deputy chief executive Melanie Onn said the UK, along with other countries, is counting on the rapid growth of offshore wind to be a driver of economic recovery post-coronavirus.

“The UK remains the biggest market for offshore wind in the world and our capacity is set to quadruple over the course of this decade,” she added.

“As well as providing clean, low-cost power, our industry will continue to revitalise coastal communities, grow the UK supply chain and export our offshore wind goods and services around the world, as our unrivalled expertise is now in huge demand globally.”

In Scotland, the devolved government recently announced a new target for delivering offshore wind growth, aiming for 11GW of capacity by the end of the decade and identifying areas appropriate for new commercial-scale developments.

Scottish energy minister Paul Wheelhouse said: “We are determined to drive a green economic recovery with investment in renewable energy at the heart of it. We want to harness Scotland’s enviable wind resource for our energy system and unlock significant investment in the supply chain to create more green jobs across the sector.”

Rystad Energy says that while tax hikes and the closure of subsidies for major solar projects may have held back the wider development of renewable energy capacity in the UK, there are “several policy changes on the table” over the coming years that could boost deployment.

Solar trade associations have called for a 40GW target to be set by government for 2030 to match the ambition for offshore wind, citing government figures that show solar to be the “outright cheapest electricity-generating technology” in the country over the coming years.

“Large-scale solar is one of the cheapest power technologies available today, and it is time for the government to set an ambitious target for the deployment of solar PV in the UK, as it has done with offshore wind,” said Solar Trade Association chief executive Chris Hewett.

New funding schemes and the planned inclusion of solar projects in next year’s contract for difference (CfD) auctions – which have gone a long way to supporting the rapid growth of wind power in the country – could give the solar industry a boost throughout the rest of the decade.

Next year, the UK will host the COP26 climate summit in Glasgow, Scotland, and in the 12 months leading up to the the event a series of major policy announcements are expected that will add detail to the country’s roadmap to decarbonisation by mid-century.

A long-awaited energy white paper – a key document that will set out the overarching strategy for reaching net zero – has achieved almost mythical status after repeated delays in publication since last year. The latest indication is that it will be released before the end of 2020.

Several other individual policies, including for the decarbonisation of heat in buildings, a hydrogen strategy, carbon capture and storage (CCS), and the rollout of electric vehicle charging infrastructure are also in the pipeline.

The UK government has been urged to provide clarity on these policy measures in order to accelerate the wider development of renewable energy capacity and the low-carbon technologies that will support and supplement it.