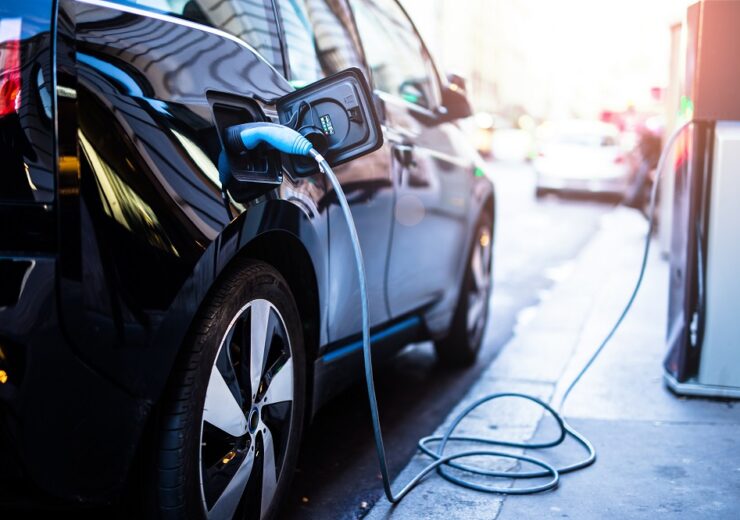 Charging capacity needs to be increased significantly to drive the switch to EVs (Credit: guteksk7/Shutterstock)

Many local authorities across the UK are not cashing in on government funds to expand the country’s electric vehicle charging network – hampering efforts to encourage drivers to embrace low-carbon transport.

Freedom of information (FOI) requests collected by London-based tech firm DevicePilot indicate 57% of regional councils across the country received no government funding for EV chargepoints during the past 12 months.

There is a particular shortfall in England, where 62% of councils did not bring in any financial support to bolster their charging infrastructure – and a strong London bias risks leaving other parts of the nation behind.

Grant schemes have been run by the Office for Low-Emission Vehicles (OLEV) since 2016, through which councils can bid for funding to subsidise the cost of deployment.

DevicePilot received mixed responses from English councils about their ability to access this public finance – revealing confusion over exactly what level of funding from Westminster is available to them, and what processes they must go through in order to qualify for support.

“There is a lack of clarity [among councils] about what the government’s policy is, who is in charge, where the budget comes from, and how to get hold of it,” said Pilgrim Beart, the CEO and co-founder of DevicePilot.

He added that it is clear “many people in local government do not understand what is required and what is possible”, despite a willingness to improve their local charging capabilities.

It is a different story in Scotland, where just 6% of councils went without EV funding from the devolved Scottish government during the year, and local authorities directly allocated funds based on population density, rather than entering into a bidding process.

Electric-vehicle adoption in the UK is still in its infancy, but with a net-zero emissions commitment to achieve by 2050, and an impending ban on new sales of fossil-fuel vehicles in 2030, consumers are increasingly being encouraged to switch to EVs.

To enable this oncoming transition to electric – some estimates anticipate as many as 10 million EVs on British roads by 2030, compared to a few hundred thousand today – scaling up charging infrastructure will be critical.

He added: “Many parts of the UK are without the fast, functional EV charging points needed to make electric vehicles viable for everyday use. Intervention and investment is sorely needed.

“We’ve got to get over that hump, and it’s going to take an enormous amount of leadership, clear policy, budget and communication between the parties involved.”

The UK government says it plans to address this increasingly-urgent infrastructure need.

A £500m pledge for rapid charging infrastructure in the March budget was followed up by a vision statement in May targeting “at least six high-powered, open-access chargepoints (150 – 350 kilowatt capable) at motorway service areas” by 2023.

By the end of the decade, policymakers plan to have around 2,500 high-powered chargepoints operational along motorways and major highways, with this figure rising to 6,000 by 2035.

A spokesperson for the Department for Transport said: “We’re committed to supporting the transition to electric vehicles, and the UK currently has one of the most extensive charging networks in Europe.

“The transport secretary wrote to all local authorities at the end of 2019, encouraging them to take advantage of the On-Street Residential Chargepoint (OSRC) scheme, and funding has been doubled again this year to £20m.

“So far, more than 80 local authorities have taken advantage of the scheme.”

At present, there are just over 18,000 public EV charging devices – both standard and rapid – available across the UK, according to “experimental statistics” collected by the Department for Transport.

Private sector investment has funded most of these, and will likely continue to do so as electric vehicles become a more popular and profitable industry.

DevicePilot’s research – which took the views of 268 local authorities across the UK, covering 73% of the country’s population – asked councils about their future plans for EV charging infrastructure, finding that around 5,200 new charge points are set to be installed by the end of 2021.

It is a notable increase, although far short of the rate of delivery considered necessary to support a 2030 phase-out of combustion vehicles – an accelerated date that is expected to be announced by government soon to replace the current 2040 deadline.

Research from UK campaign group Transport & Environment suggests 4,000 new chargepoints will need to be installed each month over the next five years to meet growing demand ahead of a 2030 phase-out.

Prior to coronavirus lockdowns in the UK, only around 800 charging connectors were being installed each month, so even with the added involvement of private enterprise the current rate of delivery needs to increase significantly.

There are also regional disparities to overcome, with around half of new device installations planned by English councils to be based in London.

Broken down by population size, the number of residents per planned new chargepoint is 2,741 in London, and 9,424 in England – although for England without London the figure rises to 19,159 residents for every new device.

Caterina Brandmayr, head of climate policy at think tank Green Alliance, says that while not all charging infrastructure in rural areas – as opposed to urban centres like London – needs government backing due to private sector interest, there is “definitely scope for public investment, either for network upgrades or where there is not a strong business case [for installing chargepoints]”.

She adds that a lot of government funding for EV charging will likely be allocated to expanding and upgrading electricity networks to accommodate growing demand on the grid – particularly for high-powered, rapid-charging infrastructure.

Public spending on grid improvements can lower the overall cost of chargepoint investment for the private sector, encouraging more companies to enter regions that may otherwise be overlooked.

“It’s a harder sell to deploy charging infrastructure in rural areas, but there’s still a strong case to do it that should motivate government to dedicate funding to those areas,” she said.

“The case for public investment in these areas is still very strong, because a lot of the communities are very reliant on cars. If you want to make sure they can benefit from low-emission vehicles and cleaner air, you should make sure they have access to charging infrastructure.”