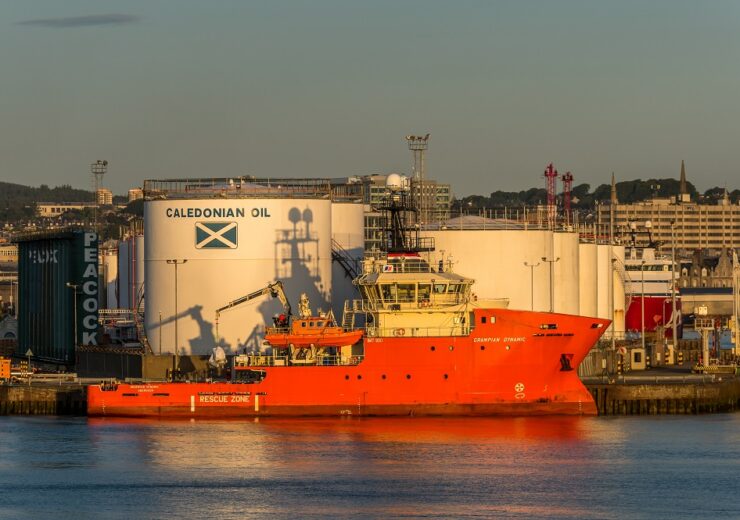 The ports of Aberdeen are a crucial hub of activity for the UK North Sea energy industry (Credit: colftcl/Shutterstock)

Significant and immediate investment is “essential” to help the UK’s North Sea oil and gas sector make the transition to low-carbon energy, and protect jobs in the process, an industry-led study has urged.

As much as £416bn is needed over the next three decades to reposition the industry for a decarbonised energy system, according to the report published by Scotland-based OGTC and Offshore Renewable Energy (ORE) Catapult.

It envisions three scenarios – emerging, progressive and transformational – highlighting different pathways for the North Sea industry as the UK moves towards net zero.

The most aggressive “transformational” pathway could sustain 232,000 jobs over the 30-year period and deliver £125bn per year to the UK economy, creating opportunities to “mitigate major job losses otherwise expected over the next decade”.

This year’s oil-market crisis has added extra pressure to a sector already reckoning with the prospect of the UK’s commitment to eliminate its carbon footprint by mid-century.

UK Oil and Gas (OGUK), a trade body, has warned up to 30,000 offshore oil and gas jobs could be at risk as a result of the pandemic, and recently confirmed a fifth of firms in the sector are expecting redundancies to continue into next year.

The North Sea has been a significant contributor to UK energy for several decades, but a shift in policy focus towards clean energy, coupled with fast-depleting hydrocarbon reserves and low commodity prices triggered by lost demand during coronavirus have accelerated the need to chart a new course.

“There are tremendous opportunities for the UK, but we need strong alignment and urgent action from industry, governments and regulators to realise these benefits,” said OGTC chief executive Colette Cohen.

Andrew Jamieson, CEO at ORE Catapult added: “The UK leads the world in offshore renewable energy and we now have a very real opportunity to capitalise on this and reshape an economy around green energy.

“Leveraging the innovation, skills, experience and investment of our oil and gas industry is imperative to seizing this moment, to protect and create thousands of jobs and deliver net zero.”

Earlier this year, the OGTC urged investment to “close the gap” on new technologies that will allow the North Sea region to integrate low-carbon energy, including hydrogen-production facilities and infrastructure, as well as floating wind and carbon capture and storage (CCS).

The UK Oil and Gas Authority, a regulatory organisation, has suggested integrating these clean technologies with existing offshore assets in the North Sea could deliver up to 30% of the country’s 2050 decarbonisation requirements.

In Scotland, government ministers have unlocked funding to support the transition of the country’s oil and gas sector to a low-carbon future, with hydrogen – produced using either renewable energy from offshore wind farms or natural gas from offshore basins – a key focus of the transformation.

Scotland’s energy minister Paul Wheelhouse says North Sea oil and gas faces a “critical period” as it looks to a future beyond the Covid-19 crisis.

“The skills, expertise and infrastructure of the oil and gas sector and its supply chain will be vital in unlocking these opportunities and contributing to development of the great potential for offshore wind, floating wind and marine energy deployment in Scotland’s waters,” he added.