The Oil & Gas Technology Centre says investment into critical technologies like hydrogen and floating wind could generate £2.5tn for the UK economy by 2050 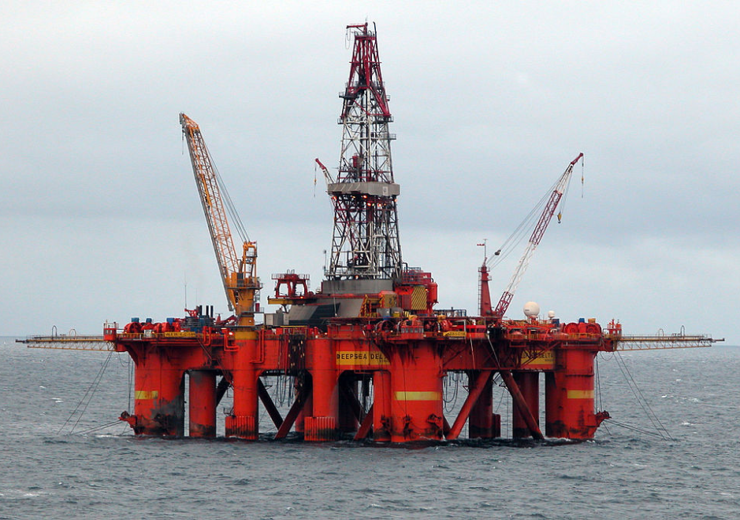 The UK has committed to net-zero emissions by 2050 (Credit: Wikimedia Commons/Erik Christensen)

A £430bn spending drive is needed to transform the UK’s North Sea oil and gas industry into a low-carbon hub of integrated energy.

The investment is needed to “close the gap” on critical technologies that will enable the industry to transition away from fossil fuels, including hydrogen, floating wind and digitisation.

A report published today (16 September) by the Oil & Gas Technology Centre (OGTC) – an Aberdeen-based research and development organisation – says the right investment now could generate more than £2.5tn for the UK economy by 2050, and create more than 200,000 new jobs.

North Sea hydrocarbons have been important to the Scottish and UK economies for decades, but with both countries now signed up to achieve net-zero emissions by 2050 (2045 in the case of Scotland) there are big questions to be answered about how it will fit into a decarbonised future.

“Reimagining the North Sea as an integrated energy system is essential for the UK and Scotland to achieve their net-zero ambitions,” said OGTC chief executive Colette Cohen. “But we need to invest now to close the gap on the key technologies needed to make this ambition a reality.

“We need to digitise our offshore energy sector and solve big challenges like energy storage, infrastructure redeployment, transmission systems and cost-competitive floating wind structures. By doing this, we can create strategic advantage and valuable export opportunities.”

Offshore wind has been a success story of the UK’s clean energy efforts, and building on this along the UK Continental Shelf (UKCS) will be an important dimension of the North Sea’s transformation.

The integration of existing offshore assets with clean technologies will allow some oil and gas infrastructure to be repurposed, as well as harnessing the expertise of a workforce that stands to be affected by the switch to low-carbon energy.

Last month, the Oil and Gas Authority, a UK regulatory body, claimed such integration could deliver up to 30% of the country’s decarbonisation needs by 2050.

Cohen said: “With its decades of energy expertise, the UK has a huge opportunity to become a leading manufacturer, designer, installer and operator of net-zero energy systems.

“Leveraging our strength in oil and gas, we can also partner with the renewables sector to accelerate the delivery of the next generation of energy in the UK – and internationally. This is where governments and industry should focus investment at pace in the coming years.”

Phil Kirk, chief executive of UK independent oil producer Chrysaor added: “The oil and gas industry in the UK has all of the competence, innovation and resources to deliver the engineering and technical solutions to fulfil the energy transition. As an industry, we are experts in solving problems and safely engineering solutions.”

Hydrogen will be central to decarbonisation strategy

Hydrogen fuel has been identified as a key technology for this process of transformation, with offshore wind able to produce green hydrogen – manufactured using exclusively renewable energy – and natural gas used alongside carbon capture and storage (CCS) technology able to produce blue hydrogen.

Additionally, depleted oil and gas reservoirs beneath the sea floor – and the infrastructure that services them – can transport and store carbon emissions collected by CCS during industrial processes.

At present, however, hydrogen production in the UK remains “close to non-existent” said Malcolm Forbes-Cable, vice president of upstream consulting at research group Wood Mackenzie, which contributed to the study.

He added: “Hydrogen can be used in place of gas to heat homes and power engines and industrial processes, while reducing our carbon footprint. The Committee on Climate Change (CCC) has set significant targets for a low-carbon hydrogen economy in the UK, but there are key technology challenges to overcome before hydrogen can be deployed on a vast scale.”

UK trade groups have put pressure on policymakers in recent months to publish a dedicated hydrogen strategy that will accelerate development of the technology and deliver certainty to investors.

Earlier this year, the Scottish government unlocked £62m to support the North Sea’s energy transformation, with hydrogen identified as a crucial funding opportunity.

The OGTC paper recommends a range of hydrogen-related investments, including saltwater electrolysis technologies to lower the cost of green hydrogen, and innovative membranes and CO2 sorbents to increase blue hydrogen yield.

Other areas of investment needed for clean offshore energy integration include the electrification of oil and gas platforms, flaring mitigation and methane-leak detection technologies.