A final swansong had been expected for hydrocarbon production from the ageing UK oilfields, but a resource downgrade for fractured basement reservoirs has now dashed those hopes 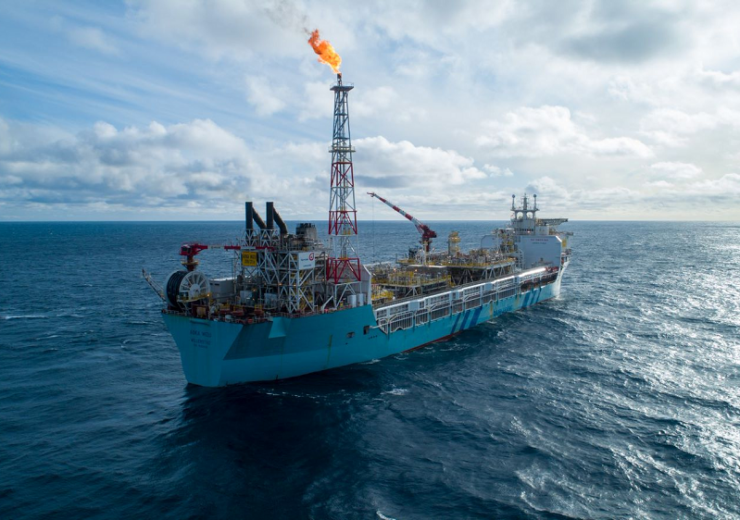 The UKCS has been producing oil and gas at commercial scale since the 1960s (Credit: Hurricane Energy)

The hydrocarbon-output potential of the UK Continental Shelf (UKCS) has been dwindling for years, having hit peak production at the end of the last century.

But the rate of decline may now be much faster than anticipated, after a technical update from UK producer Hurricane Energy poured cold water on hopes that access to new resources might stage a swansong for the ageing oilfield.

Last month, the company issued an update on geological assessments of its fractured basement reservoirs in the West of Shetland, revealing they are “more complex than previously thought”.

It prompted a significant downgrade to initial estimates of contingent reserves at its Lancaster field – down from 486 million barrels in a 2017 assessment to just 58 million barrels. That is an 88% reduction to the original estimate.

“This is a major blow to the outlook for the UK’s future petroleum production, as fractured basement resources were estimated to account for nearly one-fifth of the future oil and gas output from the UKCS,” says research group Rystad Energy.

Oil and gas production from the UKCS expected to peak at 1.7 million barrels per day in 2035

The UKCS has been producing oil and gas at commercial scale since the 1960s. It comprises waters surrounding the UK, including parts of the North Sea, the North Atlantic, the Irish Sea and the English Channel.

Production from the region peaked at 4.3 million boepd in 1999, and has remained below the two-million mark since 2010.

Hurricane’s initial estimates had raised hopes of a production increase to 2.1 million boepd by 2035, but last month’s downgrade has erased those expectations.

“The main takeaway here is that we may never again see any significant production upsurge in UKCS production. A possible game-changer could now only be a development of technical skills for producing from fractured basement reservoirs to increase the recovery factor.”

Rystad estimates that, without these technical developments, UKCS production will reach a maximum of 1.7 million boepd by 2035, before “dwindling to nearly nothing” by mid-century.

Fractured basement reservoirs remain “largely overlooked” around the world, according to Rystad, despite recognition of their potential to be commercially developed.

There are more than 100 such operations globally, but production volumes are comparatively small due to the low-porosity and low-permeability rock that is generally unsuited to storing hydrocarbons.

“But weathering and movements in the rock have created fractures where hydrocarbons can be stored and move inside the rock,” the research group notes. “To better understand the fracture-network size and thus the reservoir size and oil volumes, an extended well test over a longer period is an option.

“A shorter-duration test can say something about the reservoir quality and the achievable production rate, but cannot determine the size of the reservoir.”

Hurricane attributes “more rapid reservoir-pressure decline than was originally anticipated” to its revised reserve estimates of the fractured basement wells, meaning previously-assumed access is no longer realistic without overcoming these pressure issues.

Further assessments are currently being undertaken, with a new update expected to be published in the first quarter of 2021.

It says it is now focusing on “means to provide reservoir pressure support primarily by water injection”, which could raise the new forecasts.

Oil-bearing sandstones were also identified onlapping the basement flanks – which the company says could contain “significant volumes of oil” and will be a priority of future plans to maximise value from its work and infrastructure on the oilfields to date.

The UK-based company was formed in 2004 with the specific goal of exploiting the “significant untapped resource” of fractured basement reservoirs along the UKCS. It is the only company in the UK attempting this resource-recovery technique.

It operates a portfolio of licences in the Rona Ridge area in the West of Shetland, and has drilled 11 wells since 2009 – announcing four fractured basement discoveries: Lancaster, Lincoln, Halifax and Warwick West.

Since the technical update in September, Hurricane’s share price has fallen by more than 60%.