The West of Shetland oil fields have long been overshadowed by their North Sea neighbours, but production levels are expected to increase significantly 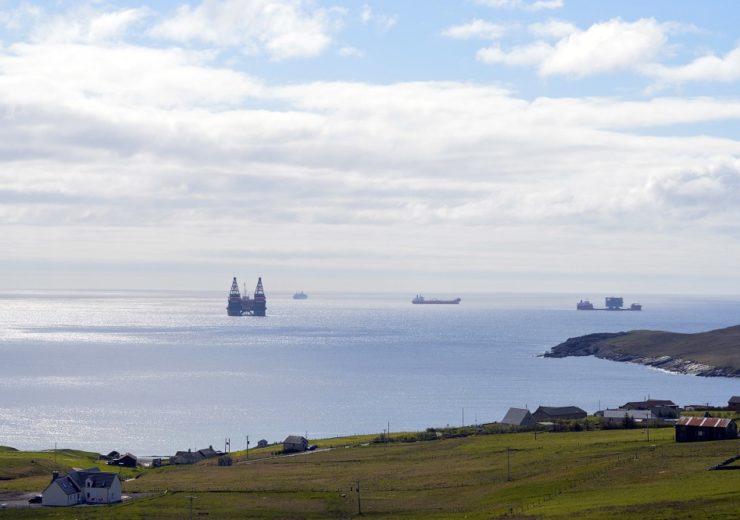 The remote West of Shetland (WoS) region is set to play a bigger role in UK oil and gas production in coming years, with European majors Shell and BP among those expected to increase their activity in the offshore exploration fields.

While the nearby North Sea basin has proved an abundant and popular resource, analysts at business intelligence firm Global Data expect the West of Shetland to replace it as Shell’s main production basin along the UK Continental Shelf by 2020.

In doing so, Shell will follow in the footsteps of BP, for which the switch took place in 2018.

GlobalData upstream oil and gas analyst Daniel Rogers said: “In 2018, Shell and BP’s hydrocarbon production combined accounted for more than half of the WoS total volume.

“In recent years, both companies have seen North Sea production volumes lose dominance in relation to their UK portfolios – and as a result, the WoS is set to overtake the North Sea as Shell’s major producing basin in the UK by 2020, whereas this occurred for BP in 2018.

“The WoS basin, in comparison to the North Sea basins, has been relatively under-explored.

“The extreme water depths, challenging subsurface, and lack of knowledge and experience in the basin lead to higher risk than the North Sea exploration – but that being said, there is currently vast acreage open to explorers and the ‘yet-to-find’ volumes are significant.”

Infrastructure and location constraints could prove a hindrance to large-scale development down the line, but the decline of North Sea assets from the portfolios of European energy companies in recent years has so far been offset by their participation in the WoS.

US-based exploration and production majors such as Chevron and ConcoPhillips, meanwhile, have retreated from the UK’s oil and gas sites recently, leaving their European counterparts to pick up the slack.

The comparatively underexplored nature of the West of Shetland means there is significant potential for lucrative new discoveries.

According to management consultancy McKinsey & Company, the WoS region is expected to contribute about 30% of the UK Continental Shelf’s oil and gas production by 2025, up significantly from just 2% in 2014.

Around 80% of the planned and announced projects in the deep waters of the WoS in 2017 were accounted for by European firms, compared to just 40% in the North Sea.

For now, oil will be the primary focus of activity for firms operating in the West of Shetland region, due to gas processing infrastructure not being sufficiently developed to manage a significant increase in output.

The Shetland Gas Plant (SGP) facility currently runs with less than 25% spare capacity, and significant demands put on it could exert considerable strain.

Rogers added: “Total’s recently discovered Glendronach gas-condensate field is expected to add more than 200 million cubic feet per day of gas supply to the SGP at its peak and could commence production as early as 2021.

“This, in addition to gas volumes coming from the Cambo and Rosebank oil field developments, could further strain the existing infrastructure.

“Operators looking to develop new gas fields in the West of Shetland through the mid-2020s could be challenged by these capacity restraints, and the investments required for facility expansions may impact project returns and force operators away from marginal gas developments.”

By contrast, the key Sullom Voe oil processing terminal is currently only running at half capacity, meaning there is scope for European oil producers maintaining their interest in the region to make the most of this excess capacity.