As a deep-water alternative to fixed turbines, there is growing global interest in the floating offshore wind industry as a clean-energy source 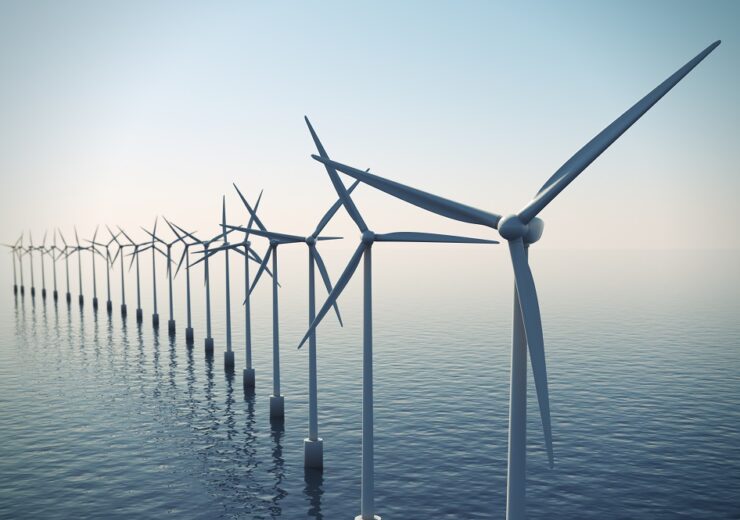 The floating offshore wind industry is targeting a levelised cost of energy of €40-60 per MWh by 2030 (Credit: Dabarti CGI/Shutterstock)

Interest in the floating offshore wind industry is growing rapidly, but there are many challenges to overcome before it can reach a scale that competes with more-established forms of wind power. Janet Wood reports for Modern Power Systems magazine from the Floating Offshore Wind Turbines (FOWT2020) conference held 7-9 September in Marseille, where industry experts addressed some of the key issues.

Offshore wind has been a huge renewable energy success story. New offshore wind farms need to secure price stability, usually via government-backed agreements, but when that requirement is met investors are willing to fund wind farms at prices that compete with the wholesale fossil electricity market.

But not all countries have access to the shallow seas that would allow them to add offshore wind farms, in their current form, to their power options. Countries surrounded by deep oceans would instead need turbines that are not fixed to the seabed but floating, much like offshore oil and gas rigs, in areas where the seabed is as deep as several kilometres.

And it is not only countries without a choice who are interested in floating technology. Bjorn Haugstad of the Norwegian Ministry of Energy and Petroleum pointed out that for Norway, offshore wind was “not needed for domestic purposes, as because of our hydro power we have a surfeit of electricity”.

Its hydro projects do indeed provide flexibility to its neighbours. Nevertheless, this year Norway produced plans for floating offshore wind, because the wind “blows stronger and is more consistent” in its deep water areas.

Floating turbines could add to its power export options, arbitraging with its hydro, or could be used to power offshore oil and gas infrastructure.

Nor is Norway alone. The UK’s Department for Business, Energy and Industrial Strategy (BEIS) said in a recent consultation: “Floating offshore wind has the potential for deployment in deeper-water sites, where fixed bottom offshore wind is either not technically feasible or uneconomic, and where wind speed can be higher.” What is more, it moves generation to “where different weather systems will operate”.

Global interest in the floating offshore wind industry is growing

At FOWT 2020, the industry was ready to take a step forward. Giles Dickson, chief executive of WindEnergy Europe, said that the EU expected to have 450 gigawatts (GW) of offshore wind by 2050 to meet its climate targets.

There was interest in the US’ east and west coasts. In California, state and federal authorities had been forced into action by a seabed lease request from a potential developer (federal jurisdiction begins three miles from the coast) and three areas had been investigated that, opposition from military and fishing interests notwithstanding, are expected to be open for tenders.

In a recent roundtable discussion Ragnhild Katteland, executive vice president of subsea and land systems business group at Nexans, said that, in the case of California, “they are really pushing” because floating was the “only type of wind they can do”, and noted that several development consortia had already been formed.

The agenda now, as was clear at FOWT2020, is to move the industry down the cost curve. A recent demonstration project in France with three turbines needed a feed-in tariff of €240 per megawatt hour (MWh). It is hoped that a 250-megawatt (MW) project expected to go out to tender next year in France will see feed-in tariffs at €140 per MWh.

The industry has several cost-reduction pathways that could produce quick wins – once it has reduced the number of designs (Japan has five in the water) so that learning effects are concentrated.

Paul de la Gueriviere of Ideol noted that floating wind requires specific skills that are different from fixed turbines and it is important to team up with experienced technology providers. That is because the industry is, in practice, at least two industries and maybe more.

The turbines are very well known and understood from the fixed-wind industry. If anything, the floating environment maybe more benign than the fixed one for a turbine, as the platform and turbine array will tilt and reduce stress on the turbine – in fact one array off the west coast of Japan was successfully riding through a typhoon while FOWT2020 was taking place.

The industry is quickly scaling up to 10 MW turbines and talks unconcernedly of 20 MW.

Developing in parallel is the floating platform that will house the huge structure. This part of the technology is building on experience in the oil and gas sector and it is here that designs have to be standardised.

Directions of travel that are already being seen as likely to lower costs are composite anchor cables instead of chains and concrete platforms rather than steel. However, the final narrowing of technology routes is still under debate.

Marrying up turbine and platform is a key issue. It is important in designing the array, where a narrowing in the design variants for turbine and floater is urgently required. It is also important in fabrication, which is already a bottleneck; in assembly; and in repair and maintenance once in place.

The marriage of turbine and floater is also of fundamental importance and is the third industry underpinning the rollout. The complex task of modelling the conjunction, understanding the interaction between the two components in deep ocean conditions and controlling it once in operation is still a challenge.

“The interactions are complex and should not be underestimated,” said Nicolas Boutin from Principle Power, a specialist in floating platforms, which started up in 2011 and is the type of supply-chain company that is looking to scale up production from tens to hundreds over the next few years.

In the future, monitoring, maintenance and repair strategies and technologies have to be developed for turbines where weather and sea conditions could severely limit access to the wind farms.

As important as choosing the offshore floater technology is considering how hundreds of turbines can be fabricated most economically, emplaced on the platforms and floated to their generating site.

Current technologies require investment in very large port infrastructure – one reason why FOWT2020 and the floating technology have relied on support of presidents from three of France’s 13 powerful administrative regions, who have provided funding to expand and upgrade port facilities in the Brittany and Mediterranean coasts where floating wind is attractive.

But Jesper Moeller of Siemens Gamesa took a different view, explaining that his company was developing a modular jacket (connecting turbine and platform) that would allow for fabrication in a much wider range of ports.

These would be assembled from modules sized for delivery by train or road, and joined with rivets rather than welding (often a construction bottleneck). The design would require just one major crane-lift of the completed turbine before it was floated out of harbour, explained Moeller.

Finally – or first of all – new business models and new consortia have to be amassed that can bring these industries together – and attract investors.

That is falling into place. Boutin said that with a 25-GW pipeline worldwide there was already “market pull” and “major companies are actively positioning themselves”. Clement Weber of financier Green Giraffe said that even for the earliest project phases – securing seabed leases and the necessary permissions – “there are several investors interested in the different phases”.

That included large utilities, oil and gas companies, large contractors who want to secure contracts and some large financial players such as Macquarie, which already invests in fixed offshore wind.

At the stage of a pre-commercial project with permissions and connection agreements in place, and an offtake agreement – for example the 250 MW project mentioned above set to begin construction off France’s Brittany coast in 2021, and another due to follow in 2023 – there is huge interest, according to Sybille Grandgeorge of Nataxis. She said the French projects had sparked interest from over 120 potential investors.

The industry clearly has potential. Can it deliver? That depends on how quickly it can learn the lessons of scaling up from other industries, expand the supply chain and get standardised technologies in the water in bulk.

As Giles Dickson reminded the FOWT2020 attendees: “Costs do not fall with time, they fall with GW deployed”.