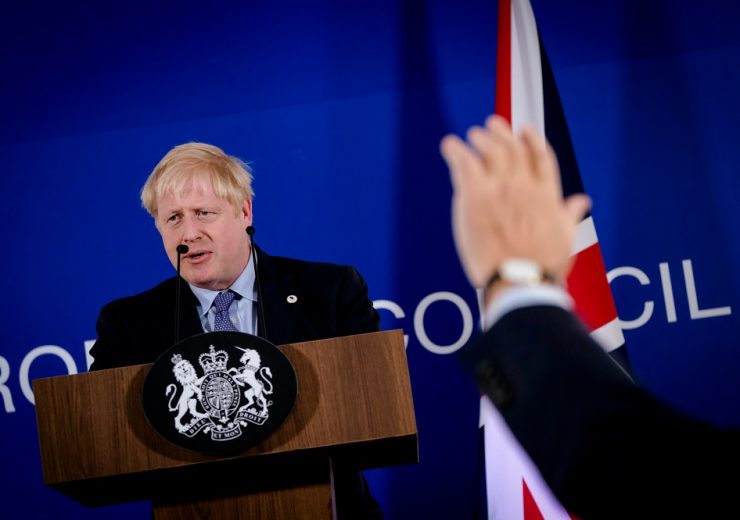 UK Prime Minister Boris Johnson said the aim is to 'raise the bar' for other countries on tackling climate change (Credit: Alexandros Michailidis/Shutterstock)

The UK government has expanded its decarbonisation targets, pledging to cut greenhouse gas emissions by 78% by 2035, compared to 1990 levels.

The new commitment builds on the country’s most recent nationally determined contribution (NDC) to the Paris Agreement, announced late last year, in which it promised a 68% emissions reduction by 2030.

In what is the sixth UK carbon budget – in which policymakers legislate limits greenhouse gas emissions over a five-year period – shipping and aviation emissions will be taken into account for the first time.

The announcement comes days before Prime Minister Boris Johnson is scheduled to address the US-hosted Leaders Summit on Climate, an event arranged by the Biden administration aimed at whipping up international support for stronger action to tackle climate change.

It also precedes the UK’s presidency of the COP26 climate summit in November, where it is hoped diplomatic progress can be made to accelerate the shift away from fossil fuels at the start of what experts say is a crucial decade for setting the world on course to limit global warming.

“We want to continue to raise the bar on tackling climate change, and that’s why we’re setting the most ambitious target to cut emissions in the world,” Johnson said. “We want to see world leaders follow our lead and match our ambition in the run up to the crucial climate summit COP26, as we will only build back greener and protect our planet if we come together to take action.”

Jess Ralston, an analyst at the Energy and Climate Intelligence Unit (ECIU), said the announcement gives the UK a reputational boost ahead of the key climate summits this year, while government ministers need to now “step up and capitalise on that leadership to leverage other countries to pull their weight on carbon emissions”.

The UK’s Climate Change Committee (CCC), which advises the government on climate policy, “strongly welcomed” the new target, saying it will put the country firmly on track to achieve net-zero emissions by mid-century.

CCC chief executive Chris Stark said: “This is an important and historic decision. In committing to cut emissions by almost 80% in 2035, the UK has taken its place at the forefront of global efforts to reach net zero – crucial in the fight against climate change.

“By implementing our recommendations in full, the government’s decision rests on the most comprehensive ever assessment of the path to a fully-decarbonised economy.”

The UK energy mix is now supplied by more than 50% renewable energy sources, thanks largely to the rapid growth of offshore wind – for which the country has become the world’s largest market with just over 10 gigawatts (GW) installed capacity and an aim to have built 40GW by 2030.

The government has made a series of broad announcements for how it will advance the UK energy transition further over the coming years, including a ten-point plan for a “green industrial revolution” the publication of its “energy white paper” roadmap for decarbonisation, and a transition deal for cutting emissions across the North Sea oil industry.

Industry groups and experts broadly welcomed today’s announcement, but have called for concrete policy signals that will enable the structural changes needed to turn targets into reality.

“While targets make clear that the UK’s future is green, they need to be backed by equally as ambitious policy and sectoral plans to be credible,” said ECIU’s Ralston.

Shaun Spiers executive director of think tank Green Alliance added: “What we need now is to ensure there is no gap between ambition and policy, so the UK has the right tools in its armoury to meet these targets.”

Emma Pinchbeck, chief executive of trade organisation Energy UK, welcomed the new ambition, describing it as a demonstration of leadership ahead of COP26.

She added: “The government now needs to urgently focus on polices that can enable our industry to invest and help deliver on these pledges – by increasing still further the amount of low-carbon generation, cutting emissions from housing and transport and by creating a modern, flexible energy system.”

Renewable UK deputy CEO Melanie Onn added: “As a next step, to ensure we achieve our ambitions, and to galvanise industry investment, we need to see a specific commitment by government to decarbonise the electricity sector by 100% by 2035, in line with the Climate Change Committee’s recommendations.

“This means setting ambitious deployment targets for onshore wind as well as offshore, alongside innovative technologies like floating wind, wave and tidal energy and renewable hydrogen, as every tool in the box has a vital role to play.

“To ramp up renewable energy development, we also need to see renewable energy projects being consented in a more timely manner, so we’re calling for ministers to put more financial resources into the expert bodies which rigorously scrutinise new applications. And critically, we need to accelerate work on upgrading the electricity grid to allow us to maximise the benefits of renewable power for consumers.”