As the White House prepares to host a virtual summit of world leaders to discuss stronger action on climate change, the IEA has called for commitments to take 'clear and immediate action' 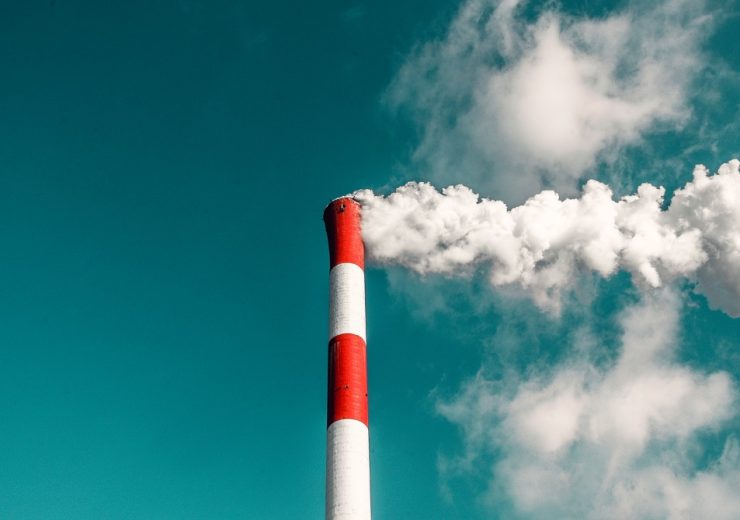 As US President Joe Biden attempts to secure international support for stronger action on carbon reduction at the Leaders Summit on Climate later this week, analysis published today (20 April) shows global energy-related emissions are on track to increase by 5% in 2021, driven by sharply-rebounding coal demand across Asia.

Days ahead of a crucial global climate summit hosted by the Biden White House, the International Energy Agency (IEA) has warned of an alarming rise in carbon emissions – the largest in more than a decade.

Energy-related emissions are on track to grow by 1.5 billion tonnes in 2021 – a 5% increase to 33 billion tonnes globally – driven by high coal consumption which is expected to near its all-time peak, recorded in 2014.

This would effectively erase the record emissions decline registered in 2020, when the pandemic cut fuel demand and energy consumption around the world.

“This is a dire warning that the economic recovery from the Covid crisis is currently anything but sustainable for our climate,” said IEA executive director Dr Fatih Birol.

“Unless governments around the world move rapidly to start cutting emissions, we are likely to face an even worse situation in 2022. The Leaders Summit on Climate hosted by US President Joe Biden this week is a critical moment to commit to clear and immediate action ahead of COP26 in Glasgow.”

Having recently recommitted the US to the Paris Agreement, the Biden administration is hosting a virtual summit of world leaders on Earth Day (22 April) in a bid to galvanise support for stronger global action on climate change.

At the event, the country will announce its own nationally determined contribution (NDC) to lowering emissions under the Agreement, which is widely-expected to be at least a 50% reduction by 2030, compared to 2005 levels.

A total of 40 world leaders have been invited to attend the summit, including from China, Russia and India, as the US seeks to reinforce its pledge to make climate change a key pillar of both foreign and domestic policy under President Biden.

US climate envoy John Kerry has been travelling the world in recent weeks in an effort to garner international support for stronger emissions targets, most notably heading to China last week to meet his counterpart Xie Zhenhua in the first official US diplomatic visit to the country.

Over the weekend, the US and China released a joint statement in which they said they two superpowers are “committed to cooperating with each other and with other countries to tackle the climate crisis, which must be addressed with the seriousness and urgency that it demands”.

Rise in 2021 energy emissions driven by coal use in Asia

According to the IEA’s analysis, 80% of the expected 4.5% rise in coal demand this year will be driven by Asian economies and led by China, which operates more than half the world’s entire coal fleet and continues to commission new coal-fired capacity.

“Coal use in the United States and the European Union is also on course to increase but will remain well below pre-crisis levels,” the agency added.

A recent analysis from climate think tank TransitionZero, found China must shut, retrofit or put into reserve capacity, 364 gigawatts (GW) of its coal fleet by the end of this decade in order meet its pledge of reaching net-zero emissions by 2060.

In doing so, the group suggests China could save $1.6tn by replacing coal capacity with renewable alternatives, “demonstrating that a net-zero alignment is both technically feasible and economically beneficial to China’s wider development priorities”.

It is unclear if Chinese President Xi Jinping will join the US-hosted summit this week, although the joint statement released over the weekend said “both countries look forward” to the event, and “share the summit’s goal of raising global climate ambition on mitigation, adaptation, and support on the road to COP26”.

While the IEA warned of rising coal and gas demand in its Global Energy Review 2021 report, there was still positive news about the growth of renewables, with electricity generation from these sources expected to rise by 8% this year and account for more than half of the increase in overall electricity supply worldwide.

Solar and wind in particular are on track to record their largest annual rises on record, up 18% and 17% respectively. Their combined output is expected to reach more than 2,800 terawatt-hours (TWh) in 2021, the agency said.

While China faces criticism over its continued reliance on coal, the country is also the world leader in clean energy and will account for almost half of the global increase in renewable electricity generation this year, followed by the US, Europe and India.

Having added a record 260GW of new capacity in 2020, renewables will take their largest-ever share of the international power mix this year, providing 30% of the world’s electricity.