Billions of dollars have been earmarked for modernising the national grid, ramping up EV supply chains and new research programmes for emerging clean energy technologies 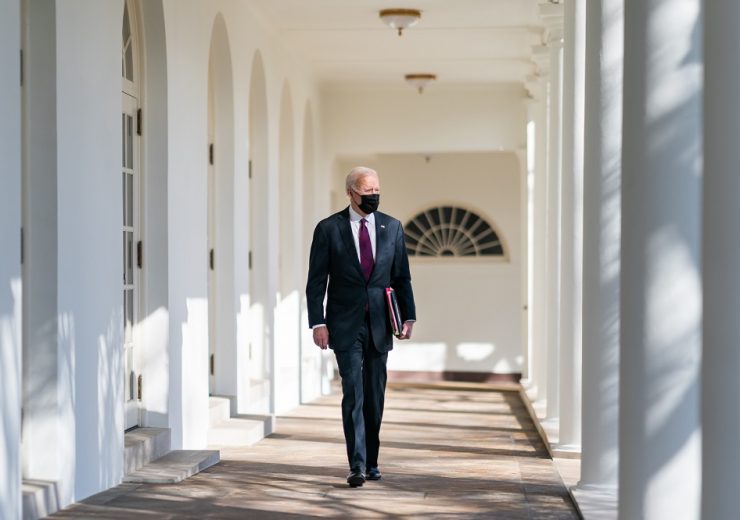 US President Joe Biden has asked Congress to approve billions of dollars for clean energy spending as part of a massive infrastructure drive that would upgrade the backbone of the country’s push for net zero.

The proposed American Jobs Plan – a wide-ranging policy package aiming to invest $2tn over the next decade into critical US infrastructure – seeks to overhaul the national electricity grid, retrofit homes and public buildings with energy-efficiency upgrades, “win” the electric vehicle (EV) market, and invest heavily in developing technologies like hydrogen and carbon capture.

It is the latest signal from the new US administration that it is serious about climate issues and advancing the energy transition at a rapid pace over the coming years.

Speaking yesterday at an International Energy Agency summit, US climate envoy John Kerry said the country plans “to step up in a very significant way” on these issues, and will announce a “strong” nationally determined contribution to the Paris Agreement at an event next month.

“It’s not talk from the US,” he said. “We know we need to speed up. All of us have to do more. We simply cannot fail.”

Last week, the White House set a target to develop 30 gigawatts (GW) offshore wind capacity by 2030, with several government agencies tasked with rapidly scaling up this industry that has yet to make progress in the US to-date.

The overarching aim of Biden’s latest policy plan is to “reimagine and rebuild a new economy”, with huge investments earmarked for US transportation and manufacturing infrastructure, water delivery systems, building-stock upgrades, and research and development.

While its scope is broader than just the energy sector itself, emissions mitigation is a recurring theme, along with the creation of a new workforce that will build and refit the national energy stock.

A total of $100bn has been proposed for grid investments to support the administration’s efforts to decarbonise the US power system by 2035, including the development of at least 20 gigawatts (GW) of high-voltage capacity power lines.

Investment of $16bn is planned for plugging abandoned oil and gas wells – of which there are millions spread across the US, many leaking methane emissions – as well as for restoring and reclaiming abandoned coal, hardrock, and uranium mines.

These emerging technologies, as well as utility-scale energy storage, advanced nuclear, rare earth element separations, floating offshore wind and biofuels, would be backed by $35bn in research and development funding to develop “the full range of solutions needed to achieve technology breakthroughs that address the climate crisis”.

Various efficiency upgrades for households and public buildings have also been identified, to be supported by a $27bn Clean Energy and Sustainability Accelerator that will focus on distributed energy resources, retrofits of residential, commercial and municipal buildings, and clean transportation.

Meanwhile, the US president expressed his intention for America to “win the EV market” in the race against China’s growing global dominance, with a $174bn injection that will boost domestic supply chains and build a national network of 500,000 EV chargers by 2030.

An opportunity for change

Fred Krupp, president of the US advocacy group Environmental Defense Fund, welcomed the proposals, saying the investments into low-carbon transport in particular would be “one of the biggest steps we can take” to advance the country’s climate agenda.

“When we succeed in cleaning up transportation – with zero-emission electric vehicles and charging infrastructure alongside strong pollution safeguards – we’ll have taken a major step toward a stronger economy and a healthier, more equitable America,” he added. “Zero-emission electric trucks and buses, in particular, are key to achieving our goals and we urge bold action on them.”

Heather Zichal, chief executive of the American Clean Power Association trade group, said: “Simply put, this is a plan to put steel in the ground to build a clean infrastructure system that will be the envy of the world.

“We’re staring in the face of a once in a generation opportunity for jobs and energy transformation. The energy provisions provide certainty and predictability for America’s cleanest technologies and the hundreds of thousands of workers who depend on those jobs and the jobs to come.”

The American Petroleum Institute, the powerful oil and gas lobbyist, said while it supports the goals of modernising critical US infrastructure as well as investing in hydrogen and CCS projects, Biden’s policy “misses an opportunity” to address other infrastructure needs such as pipeline upgrades.