The US president has backed offshore wind as a key pillar of his plans to decarbonise the country's power system, saying it can be a strong driver of job creation 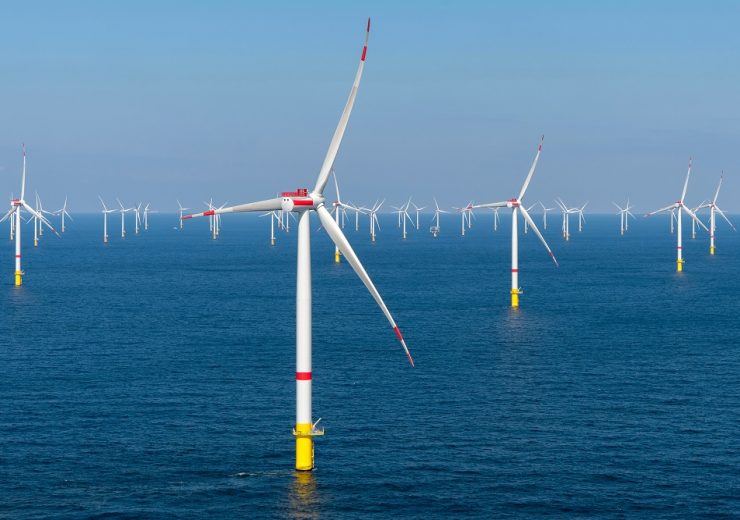 Offshore wind has made slow progress in the US to-date, despite a substantial onshore sector (Credit: Tom Buysse/Shutterstock)

President Biden and senior US officials have set a target to develop 30 gigawatts (GW) of offshore wind capacity by 2030, as part of a broader drive to advance the country’s clean energy ambitions and create thousands of new jobs in the process.

The plans involve the creation of an 800,000-acre “New Wind Energy Area” off the US Atlantic coast – along the New York Bight situated between Long Island and New Jersey – designated for new leasing opportunities, the earliest of which could take place later this year.

Offshore projects currently account for a tiny proportion of the estimated 122 GW installed wind capacity in the US, but analysts have tipped the industry to grow quickly this decade, particularly now under an administration that has publicly backed the technology as a key pillar of its sweeping clean energy agenda.

A fact sheet released by the White House says the 30 GW target will trigger $12bn in capital investment along both US coasts, and deliver enough electricity to power 10 million households.

The Biden administration’s emphasis is very much on the job-creation potential of offshore wind, and claims the industry could directly employ more than 44,000 workers by 2030, as well as nearly 33,000 additional jobs in communities supported by the sector.

National climate advisor Gina McCarthy said: “President Biden has declared very clearly that when he thinks of climate, he thinks of people and jobs—good-paying, union jobs. Nowhere is the scale of that opportunity clearer than for offshore wind.”

The American Clean Power Association (ACPA), a trade group, welcomed the announcements, saying the 30 GW goal is “ambitious but achievable”.

ACPA chief executive Heather Zichal said: “Creating a stable policy platform for offshore wind development and facilitating the first wave of significant projects will provide certainty for the industry, strengthen the workforce, and revolutionise domestic supply chains up and down the coasts and across the country.”

Erik Milito, president of the National Ocean Industries Association (NOIA), added: “While the development of Atlantic wind opportunities will provide substantial benefits to the states adjacent to lease areas, it will also lead to tremendous investment throughout the nation.

“In areas like the Gulf Coast, you will find steel fabricators, heavy-lift vessel operators, subsea construction companies, helicopter service providers and more who built their experience in the oil and gas industry but will be vital in building offshore wind.”

In addition to developing the New Wind Energy Area, the DOI’s Bureau of Ocean Energy Management (BOEM) has been tasked with advancing the environmental review process for Ocean Wind – a 1.1 GW project offshore New Jersey being developed by Orsted – as well as initiating reviews for up to 10 additional projects later this year.

Earlier this month, BOEM completed its environmental review for the 800 megawatt (MW) Vineyard Wind project offshore Massachusetts, paving the way for permit approval and an early sign of President Biden’s intent to kickstart the sector.

“Offshore wind is truly a generational economic and energy opportunity, and one the Biden administration is seizing.”

A cross-government approach is being taken to advancing all these objectives, with the departments of energy, commerce and transportation each contributing to the infrastructure, financing and technical needs of developing an offshore wind industry in the US over the coming years.

This will include access to up to $3bn in loans through the DOE’s Loan Programs Office (LPO), as well as $8m being made available by the agency for new research and development projects to advance offshore technology.

These R&D projects will focus on offshore support structure innovation, supply chain development, electrical systems innovation and mitigation of use conflicts that will help reduce barriers and costs for offshore wind deployment.

DOE secretary Jennifer Granholm said: “DOE is going to marshal every resource we have to get as many American companies, using as many sheets of American steel, employing as many American workers as possible in offshore wind energy—to drive economic growth from coast to coast.”