The UK's electricity system operator has outlined a series of targets for the country to meet its net-zero emissions commitment, urging a more co-ordinated approach from government 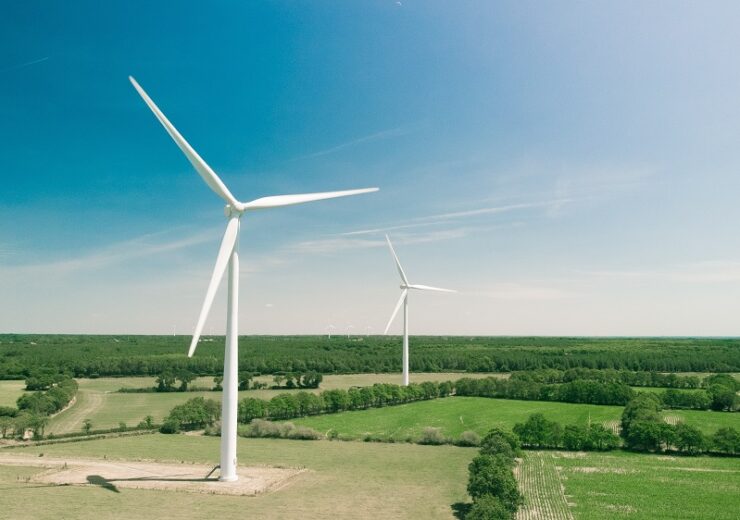 Scenarios modelled by the UK energy network operator show net-zero emissions is achievable by 2050, although “immediate action across all key technologies and policy areas” is required.

In a report, National Grid Electricity System Operator (ESO) outlines key milestones it believes could be accomplished to meet the country’s legally-binding commitment – including negative emissions from the power sector by 2033, 40 gigawatts (GW) of new renewable capacity connected to the grid this decade, and a halving of natural gas usage by 2038.

Also key to the transformation will be electric-vehicle (EV) adoption, with more than 30 million expected to be on the UK’s roads by 2040, as well as decarbonisation of heating infrastructure by replacing gas boilers with heat pumps and hydrogen systems.

“There is a widespread uptake in domestic electric vehicles, and growth and investment in hydrogen and carbon capture technologies too. Consumers need greater understanding of how their energy use impacts the wider system, and how changes to their lifestyle have an impact on net-zero ambitions.

“There is already significant progress being made towards net zero, but the fundamental changes outlined make it more important than ever to have a co-ordinated approach to decarbonising the whole energy sector.”

Heating, bioenergy and EV adoption all key to vision for UK net-zero emissions

Last year, the UK became the first country to legally adopt a target of reaching net-zero emissions by 2050, but while steps have been taken to begin the transition, experts have urged for faster progress and a more co-ordinated response from government.

The Committee on Climate Change, a key advisory group reporting directly to parliament, recently warned the UK is “not making adequate progress in preparing for climate change”, and called on policymakers to accelerate the pace of transformation.

Several policy decisions are currently in the pipeline, including a strategy to decarbonise heating systems, business models for rolling out carbon capture and storage (CCS), and an overarching “energy white paper” that will set out the country’s broad approach to greening its energy infrastructure.

“It’s clear that while net zero is achievable, there are significant changes ahead,” said Herring. The National Grid ESO report notes that “heat decarbonisation requires urgent policy decisions to drive change across the whole energy system”.

Natural gas boilers “are not part of a net-zero world” it adds, and households will need to install either hydrogen systems, heat pumps or a hybrid system can switch between the two.

According to the report, 20 million heat pumps could be installed in the UK by 2050, with around eight million homes actively managing their heating demands by storing heat and shifting their use outside of peak periods.

National Grid ESO, which has set a target of running a zero-carbon electricity system by 2025, says at least 3GW of wind and 1.4GW of solar need to be built every year from now until 2050 to continue greening the UK energy mix.

Bioenergy – organic feedstocks such as wood pellets that are burned to generate electricity – tethered to CCS technologies will also play an important role in power generation, with a potential to remove up to 62 million tonnes of CO2 by 2050, according to the report. That is equivalent to around 18% of the UK’s carbon emissions in 2019.

Meanwhile, the growth of electric-vehicle ownership will provide grid flexibility as drivers increasingly use smart-charging to take advantage of cheaper electricity rates at times of lower demand. National Grid ESO predicts that by 2050, up to 80% of households could be doing this.

Leaving EVs plugged into the charging infrastructure would also enable their batteries to function as additional energy storage capacity, helping to balance renewables on the grid or even allow customers to sell back electricity at times of peak demand.

The report estimates that if 45% of UK households are doing this by 2050, it could offer up to 38GW of flexible electricity to help manage peaks and fill troughs in demand.

Jorge Pikunic, managing director of energy services firm Centrica Business Solutions said: “As the UK moves towards a net-zero future, it’s critical that the system can operate flexibly to manage the peaks and troughs associated with an increased level of renewable generation.

“By encouraging the use of flexible technologies, and by evolving the energy market to give consumers and industries the ability to contribute, the UK can optimise its use of green power at least cost to consumers.

“We encourage the government to use the upcoming energy white paper to set a policy objective for the deployment of flexibility at a national and local level.”