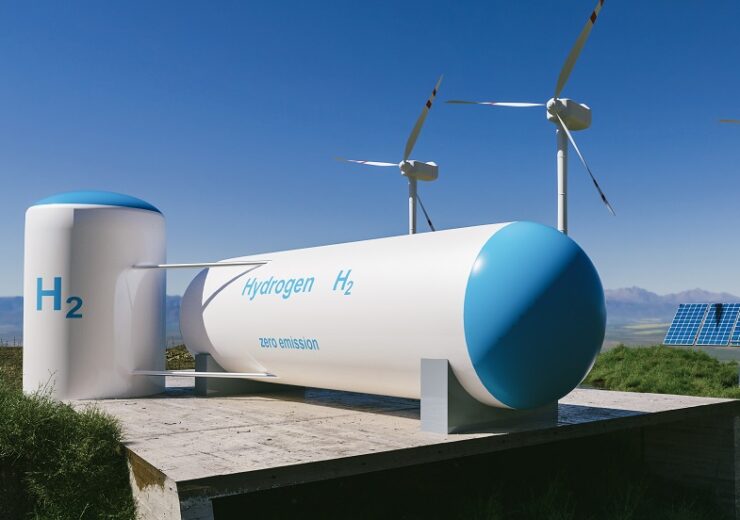 A United Nations (UN)-backed consortium of energy firms has been created to accelerate international development of “green” hydrogen capacity and lower the costs of production.

Seven energy firms – ACWA Power, CWP Renewables, Envision, Iberdrola, Ørsted, Snam, and Yara – founded the Green Hydrogen Catapult, with the goal of driving down the price the emerging fuel and scaling up global production capacity 50-fold over the next six years.

They target halving the cost of production to below $2 per kilogramme, as well as developing 25 gigawatts (GW) of production capacity by 2026.

Goldman Sachs estimates the current average levelised cost of green hydrogen to be around €2.5-4/kg ($3-4.8/kg), although some estimates are higher. BloombergNEF suggests the cost of producing the fuel in Europe may reach up to $6.7/kg for instance.

So-called “green” hydrogen is made using exclusively using renewable energy sources, such as wind or solar, with electricity used to power an electrolysis process that splits water into its constituent parts, one of which is hydrogen.

Hydrogen fuel is increasingly being discussed as a viable, low-carbon alternative energy carrier to fossil fuels like oil, which could be used to decarbonise hard-to-abate sectors such as heavy industry, long-distance transport and chemical manufacturing.

The Green Hydrogen Catapult – which is backed by the United Nations Framework Convention on Climate Change’s (UNFCCC) Race to Zero campaign – cites recent analysis from the Hydrogen Council, a CEO-led initiative, that suggests a $2/kg cost of production represents a “tipping point” for this fuel, making it price-competitive with existing alternatives.

“We believe the collective ingenuity and entrepreneurship of the private sector can deliver green hydrogen at less than $2/kg within four years,” said Paddy Padmanathan, CEO of ACWA Power, a Saudi-based energy firm specialising in solar photovoltaics and water treatment.

It is an ambitious goal. Analysis from Bloomberg NEF earlier this year suggested a $2/kg delivered cost of green hydrogen – which incorporates the cost of transport and storage – could be achieved in some major markets only by 2030, falling to $1/kg by 2050.

There are high upfront expenses associated with producing the fuel, and the right policy environment will be needed to support the sector’s growth. Nevertheless, as the cost of renewable electricity continues to fall, so will the cost of producing green hydrogen.

“From an industry perspective, we see no technical barriers to achieving this, so it’s time to get on with the virtuous cycle of cost reduction through scale up,” added Padmanathan.

A $110bn investment is expected to be necessary to achieve the consortium’s goals, as part of an international effort that could create 120,000 jobs over the period.

Research from Goldman Sachs estimates green hydrogen could become a €10tn industry by 2050, representing a “once-in-a-generation opportunity” for investors.

The electricity needed to power the electrolysers that produce green hydrogen will drive new demand for clean-energy sources, potentially making it the largest market for renewable electricity by 2050.

“We believe that this new ‘coalition of the willing’ composed of leading companies in the private sector, with expertise, commitment and confidence in hydrogen’s potential, will play an important role in fostering cooperation and help to deliver the projects necessary to bring green hydrogen costs to the $2/kg tipping point even sooner than expected.”