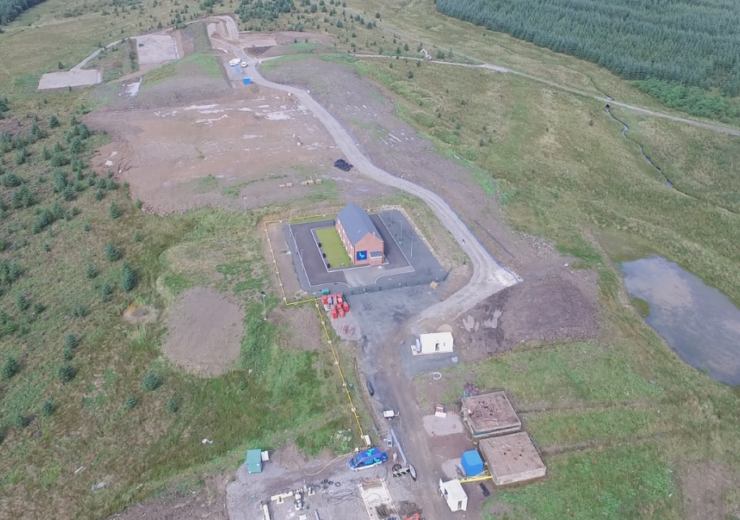 A 'microgrid' test project will distribute hydrogen across a network serving three terraced houses at a site in northern England (Credit: National Grid)

The UK will launch a first-of-its-kind hydrogen research facility to test how it can deliver the fuel to homes and industry as a low-emission alternative to gas.

Energy regulator Ofgem has approved more than £9m for the FutureGrid Programme through its Network Innovation Competition, with the remainder of the £12.7m project investment coming from private partners.

The centre, which will not be connected to the UK’s main grid, will be based at DNV GL’s Spadeadam site in Cumbria, England, and testing is expected to begin in 2022.

Network operator National Grid is leading the venture, and will assess how decommissioned gas-transmission infrastructure can be redeployed to transport hydrogen via a “microgrid” test operation.

Antony Green, hydrogen project director at National Grid, called it a “step forward” in the UK’s efforts to decarbonise ahead of 2050, saying the replacement of gas with green alternatives will be key to achieving net zero.

He added: “Sectors such as heat are difficult to decarbonise, and the importance of the gas networks to the UK’s current energy supply means projects like this are crucial if we are to deliver low-carbon energy, reliably and safely to all consumers.”

National Grid said blends of up to 100% hydrogen will be tested at transmission pressures at the facility, which will function as a “representative transmission network” built from decommissioned assets.

The UK government recently revealed a 10-point plan for how it will invest in a “green industrial revolution” over the coming years, and hydrogen was high on the list. A more detailed hydrogen strategy is due to be unveiled next year.

Included in the plan is a £500m commitment to develop five gigawatts (GW) of low-carbon hydrogen-production capacity by 2030 as well as to establish a “hydrogen town” in the country by the end of the decade.

The clean-burning fuel is expected to play a significant role in the UK’s future energy mix, and projects like the FutureGrid Programme will be important to building a knowledge base of how it can be deployed at scale across the country’s existing transmission infrastructure.

Northern Gas Networks (NGN), one of the UK’s gas distribution operators, will contribute to the project through the development of the Cumbria microgrid, serving three terraced houses that will be connected to the test facility.

“Gas networks play an essential role in delivering a reliable, resilient supply of energy to UK customers,” said NGN chief executive Mark Horsley. “By building up the evidence base for hydrogen, we’re demonstrating that these networks are key not only to the delivery of net zero, but also to ensuring customers continue to receive a secure supply of low-carbon energy for years to come.”

Other partners in the research project include academics from Durham University and the University of Edinburgh, as well as Belgium-based gas-infrastructure group Fluxys. DNV GL will lead the design, construction and operation of the facility.

“We will re-use existing assets from the gas transmission system, coupled with bespoke facilities for the generation of gas flows,” said Hari Vamadevan, DNV GL’s senior vice president for UK and West Africa oil and gas. “We are looking forward to delivering a step change in knowledge and confidence in the transmission of pure and blended hydrogen, both in new and existing pipeline systems.”

Ofgem has also announced four other winners of its Network Innovation Competition, which ran for its eighth and final year, committing around £58m to support low-carbon transmission and distribution efforts.

Another hydrogen-focused scheme will trial the generation, storage and distribution of “green” hydrogen – produced using renewable energy – to heat 300 households in Fife, Scotland.

Three other projects were awarded funding to carry out technology upgrades to UK electricity networks that will boost capacity, efficiency and improve grid flexibility.